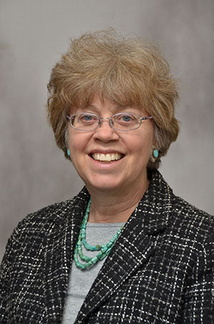 Dr. Jill Siegfried received her Ph.D in Pharmacology from Yale University and did her post-doctoral fellowship at the University of North Carolina in Chapel Hill at the Lineberger Cancer Center. She works in the field of lung cancer biology and experimental therapeutics, focusing on targeting growth factors and hormone signaling that control lung cancer cell proliferation to treat lung cancer, and how immunotherapy can be enhanced by targeted therapy. She was the Principal Investigator of the SPORE in Lung Cancer grant at the University of Pittsburg from 2000-2013. In this capacity, she oversaw translational research carried out by the SPORE research team of basic, population, and clinical scientists. Dr. Siegfried has been Professor of Pharmacology at the University of Minnesota and Associate Director for Translation at the Masonic Cancer Center since 2013, and was Head of Pharmacology from 2013 to 2020. In these roles, she is active in mentoring students, post-doctoral fellows, and faculty, as well as promoting research in experimental therapeutics and cancer prevention. She is also active in promoting diversity and gender equity in the health sciences.

Center for Women in Medicine and Science Leadership Award (2019)

International Association for the Study of Lung Cancer

American Association for the Advancement of Science

Research in the Siegfried laboratory focuses on the effects of growth factor, hormones and cytokines on control of tumor growth, their role in risk for cancer, and their signaling pathways. Growth factors and their receptors currently under investigation include estrogen, progesterone, the epidermal growth factor family and the STAT3 signaling system Dr. Siegfried’s laboratory is interested in the modulation of gene expression by these ligands in malignant lung cells, the relationship between exposure to tobacco smoke and production of hormones and growth factors by cells derived from the human lung, and the role of steroid hormones in influencing tumor growth and response to immunotherapy. These pathways are also being targeted for chemoprevention. Both cell culture and animal models are used to examine how these hormones and growth factors interact in the development and growth of lung cancer.

These studies are directed toward development of new strategies for lung cancer prevention and treatment through increased knowledge of growth regulatory processes in lung cancer cells.