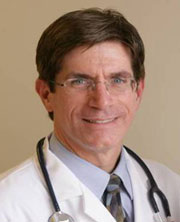 “I am proud to lead a team of very talented physicians and researchers who are singularly focused on finding ways to cure incurable diseases. We are so fortunate to have a community that supports our efforts, recognizing that it takes a village to save a child. Together, we create breakthrough treatments for patients who come to us from around the world because we offer hope…a chance for life.”

Dr. Wagner is a professor of pediatrics and Co-Director of the Center for Translational Medicine at the University of Minnesota. He currently holds two endowed chairs – Hageboeck/Children’s Cancer Research Fund Chair in Pediatric Cancer Research, and the University of Minnesota McKnight Presidential Chair in Hematology and Oncology. Dr. Wagner is internationally recognized as an expert in the field of stem cells and umbilical cord blood transplantation.

He received his MD degree at Jefferson Medical College in 1981, completed his internship and residency in Pediatrics at Duke University School of Medicine in 1984 and postdoctoral fellowship in Hematology-Oncology at The Johns Hopkins School of Medicine in 1987, where he remained until joining the faculty at the University of Minnesota in 1991. He is board certified in pediatrics and pediatric hematology/oncology.

Dr. Wagner's research has focused on the development of new treatment approaches for life-threatening diseases for which conventional treatments are unsatisfactory. Dr. Wagner is recognized for pioneering the use of double umbilical cord blood transplantation in adults and embryo selection to insure an HLA matched, healthy child (‘savior sibling’) for another child in need of transplant. He is also a leader in the use of regulatory T cells to prevent rejection and graft versus host disease, expanded blood forming stem cells to speed blood and marrow recovery, novel conditioning regimens to dramatically increase the chance of cure of patients with Fanconi anemia and bone marrow derived stem cells to repair the skin in severely affected children with Epidermolysis Bullosa.

He has authored 237 research papers and book chapters, and is a member of numerous professional societies.