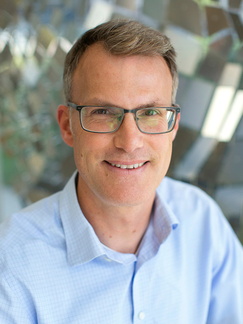 Dr. Metzger received his B.S. from the University of Pennsylvania in 1992 and his Ph.D. from the Department of Biomedical Engineering at the University of Minnesota in 1997. His graduate research, conducted under the mentorship of Dr. Xiaoping Hu, focused on novel magnetic resonance chemical shift imaging techniques. After his graduate studies, Dr. Metzger accepted a position with Philips Medical Systems as a clinical scientist at the University of Texas Southwestern Medical Center in Dallas. In this position, he expanded his knowledge in clinical research with specific work on breast, kidney, cardiac and brain MRI applications. In his final two years of his eight year tenure with Philips, he worked at NIH as a senior clinical scientist focusing on diagnostic prostate imaging and MRI guided prostate interventions. With a desire to return to academia, he accepted a position at the University of Minnesota in 2005 with a joint appointment in the departments of Radiology and Urologic Surgery.

Magnetic resonance imaging (MRI) represents a promising method to determine the clinical significance of prostate cancer. Most men diagnosed with prostate cancer have small tumors with low inherent biological propensity for invasive growth and metastasis. These patients may be best treated through observation, or limited therapies. To the contrary, some patients have extensive, biologically aggressive tumors best treated by prostatectomy. Unfortunately, current diagnostics methods, short of pathologic examination of prostatectomy specimens, cannot reliably determine disease extent (volume and spread outside the prostate) and biological aggressiveness.

Dr. Metzger’s lab is investigating the potential of magnetic resonance imaging and spectroscopy to non-invasively determine the extent and aggressiveness of prostate cancer in clinical studies. This information would be used to improve diagnosis and staging, target therapy and monitor treatment. Initial research objectives involve the development of a multi-parametric statistical model to non-invasively determine cancer probability maps based on anatomic and functional 3 Tesla MRI data. This statistical model will use registered pathology sections as a gold standard of tumor extent and co-localized molecular studies as a gold standard of aggressiveness. A second major focus of Dr. Metzger’s lab involves the development of novel RF coils and imaging methods necessary to make prostate imaging at ultra-high magnetic fields feasible. The increased spatial and spectral resolution of an optimized 7 Tesla prostate imaging platform will improve the ability to track small changes in prostate cancer biomarkers facilitating the study of local disease progression and treatment response.