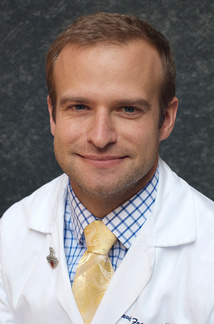 Dr. Freeman earned his MS in Neuroscience and his MD and PhD from Loyola University Chicago Stritch School of Medicine in Chicago, IL, and his undergraduate degree from Augustana College in Rock Island, IL. While at Loyola, he volunteered at a free clinic on the north side of Chicago that was primarily staffed by medical students. He also participated in a month-long medical mission trip to the Dominican Republic. In addition, Dr. Freeman spent a year as an assistant resident manager at the Ronald McDonald House on the Loyola/Hines VA campus. His thesis-driven master of science project focused on neurogenesis in the adult murine spinal cord following transient ischemia.