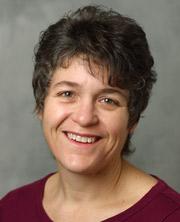 Residency in Obstetrics and Gynecology, University of Minnesota Medical School, 2001

Mary Mahoney, MD, joined the department in 2002 after a brief time in private practice. Dr. Mahoney received her M.D. and went on to complete her residency in obstetrics and gynecology at the University of Minnesota. She is board certified in Obstetrics and Gynecology.Preventive medicine including lifestyle modification, high risk obstetrics, gynecologic surgery, contraceptive counseling and abortion are her areas of interest. She enjoys resident and medical student education and advisement.