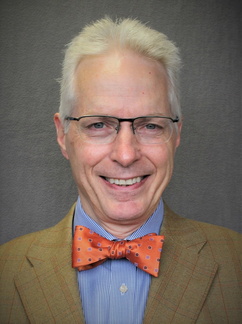 Residency in Pediatrics, University of Ottawa Faculty of Medicine, Ottawa, ON, CA

After his training, he went on to become an Assistant Professor of Pediatrics and Child Health at the University of Manitoba, then Associate Professor with tenure at Dalhousie University in Halifax, Nova Scotia. After practicing in Canada for 15 years, he moved to the Mayo Clinic in Rochester, Minnesota where he practiced for another 12 years, reaching Full Professor level in Pediatric and Adolescent Medicine.

In April of 2017 he moved to King's College Hospital, where he spent a little more than a year, but eventually opted to return to the University of Minnesota where he believed he would have the best opportunity to pursue research in an existing exercise testing lab for pediatric subjects.

The principal line of investigation Dr. Pianosi has pursued over the course of his career has been exploration of clinical exercise testing to address specific physiological questions - questions which may invariably arose during his predominantly clinical tenure. His initial foray dealt with sickle cell disease, but not only as a hematologic or pulmonary condition; rather, as a model for oxygen delivery during exercise. For this reason, he has conducted research in various patient populations. Most recently, this has taken him to studying circulation during exercise in adolescents with POTS (postural orthostatic tachycardia syndrome), because it provides a unique model of regulation of blood flow during exercise. At the same time, and again driven by the wealth of patients presenting with external dyspnoea, he developed pictorial scales to measure dyspnoea and perceives exertion in children during exercise. He studied ventilatory strategy during exercise and composed two manuscripts describing expiratory flow limitation during exercise in otherwise healthy children and teens.

In recent years, I have turned my attention to studying the clinical problem of dyspnea in children and adolescents. I see many patients with this complaint in clinic, and it turns out that approximately 1/4 patients with POTS report dyspnea as a prominent and sometimes disabling symptom. I have begun collaboration with an expert in cardiovascular pathophysiology in POTS out of New York Medical College. Nevertheless, the overarching theme of my recent work is dyspnea during exercise, to wit I created and validated pictorial, pediatric dyspnea scales. I wish to understand mechanisms of exertional dyspnea in children and adolescents - both those with cardiopulmonary disease and healthy subjects.