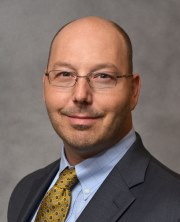 Dr Burlak is an Associate Professor of Surgery and Scientific Program Director of the Schulze Diabetes Institute at the University of Minnesota. He is internationally recognized for his contributions to the field of xenotransplantation. His research has focused on overcoming the shortage of life saving human organs through the development of genetically modified pigs as organ donors. He and his group have overcome molecular and immunologic incompatibilities that have previously prevented pig organs and cells from being considered clinically. Application of cutting edge technologies has made possible the creation of pigs with multiple genetic modifications in as little as 6 months. Dr. Burlak is also recognized as a leader in the development and application of proteomic and glycomic technologies. His research group has characterized numerous proteins and carbohydrates that comprise the differences between pigs and humans. These studies have brought collaborations with experts from around the world to field of xenotransplantation.

In 2013 Dr. Burlak received the international Carl Groth Xeno Prize for the most influential manuscript published in the field of xenotransplantation for that year. Dr. Burlak also co-mentored and co-authored the publication that was awarded the 2014 Carl Groth Xeno Prize. At the Schulze Diabetes Institute Dr. Burlak will build on past successes by exploring glycoprotein markers of early pig islet rejection, by examining adaptive immune responses to transplanted pig islets, and by generating genetically modified pigs to remove the remaining barriers to pig islet xenotransplantation in the clinic.

Diabetes, Transplantation Immunology, Genetic Engineering
I am focused on curing type 1 diabetes through creating genetically modified pigs to be islet cell donors. We will reach this goal by understanding the recipient immune interactions with pig islet cell clusters and developing highly sensitive techniques to monitor transplanted cells. We are developing highly sensitive methods for detecting damage to transplanted pig islet cells in non human primate models. Additionally, we have leveraged our understanding of the NHP and human immune responses to islet cell clusters to make unique genetic modifications to the DNA of pigs. Pigs carrying genetic modifications to cell surface glycoproteins give rise to stealth islets that may go unnoticed by the recipient immune system.