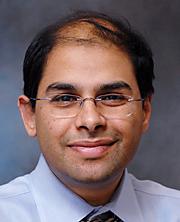 Academically, Dr. Ikramuddin has co-edited a textbook on laparoscopic bariatric surgery, and has authored or co-authored over 125 peer-reviewed publications. He has an interest in basic science research as it relates to the pathogenesis of type 2 diabetes.