Moving toward “checkmate” of a very aggressive brain cancer

University of Minnesota Neurosurgery Department Head Clark C. Chen, MD, PhD, likens treating his patients with glioblastoma, the most common — and aggressive — form of adult brain cancer, to playing chess. “Every time you make a move in treating the cancer, it makes a counter move,” said Dr. Chen, “Unfortunately, you cannot win a chess match with a single move, which is the current state of treating glioblastomas.”

Glioblastoma is one of the few cancers for which there is only one FDA-approved chemotherapy, offering one “move” for many treating physicians. As a result, many doctors are inclined not to treat further if the tumor grows through this therapy.

Referred to the U of M 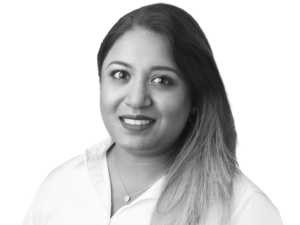 Jeffery Mohr (pictured above), a 45-year-old from Brooklyn Park, MN, is a case in point. Jeffery was diagnosed with glioblastoma in January of 2019 and underwent the gold standard of care – surgical resection, chemotherapy, and radiation therapy. In September of 2020, however, the cancer initiated another “move” and recurred. His oncologist, Rena Shah (pictured at left), MD, from North Memorial Hospital in Robbinsdale, MN, referred him to Dr. Chen because the neurosurgeon who performed the initial surgery had declined to operate a second time.

“It’s understandable why the decision was made not to operate. One of Jeffery’s recurrent glioblastoma tumors was attached to a major blood vessel. Even with the most effective surgery, there will be residual microscopic tumors attached to this vessel. Moreover, the risk of stroke after this type of surgery is high,” noted Dr. Chen. “Additionally, the cancer recurred in two other regions of the brain that were not amenable to conventional surgery.” 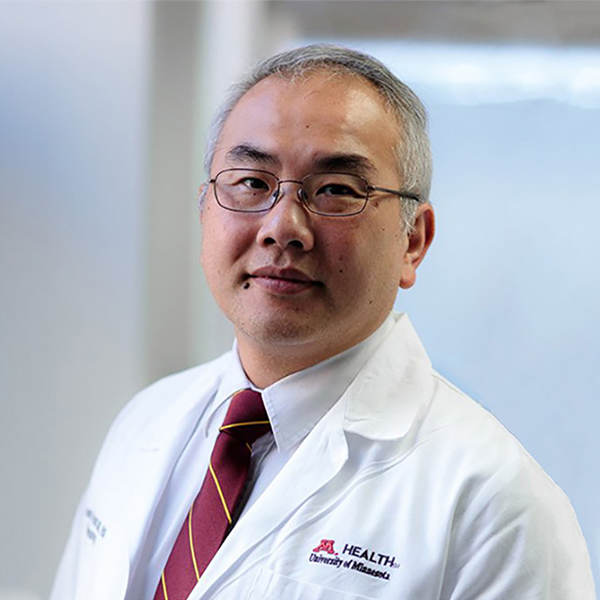 After reviewing Jeffery’s case and understanding his desire to continue to fight the cancer, Dr. Chen (pictured at left) designed a personalized surgical strategy for him. Jeffery’s mom, Joy, commented. “The chance to continue fighting meant everything at that point. And, Dr. Chen is a very confident, positive person, which gave us a big boost. We were so thankful he offered Jeffery another option.”

During Jeffery’s first procedure to address the issue of residual, microscopic tumors adhering to the blood vessel, Dr. Chen placed GammaTile®, a small, bioresorbable collagen tile impregnated with radiation sources, adjacent to the vessel after all visible tumor tissue was removed. “GammaTile’s potent radiation is extremely targeted, extending just five to eight millimeters beyond the site where it’s placed,” he said. “This radiation will destroy the microscopic tumors that remain attached to the blood vessel.”

To treat the two recurrent tumors located deep in the brain, Jeffery underwent a second, MRI-guided procedure, during which a three-millimeter-diameter laser probe was inserted into the tumor tissue. Laser activation destroys these tumors, according to Dr. Chen.

It has been more than eight months since the two surgeries and more than two years since Jeffery’s initial diagnosis. There is no evidence that his glioblastoma has progressed. “Jeffery has already beaten the odds in that he survived beyond typical expectation,” noted Dr. Shah. “I am so pleased to see him benefit from these state-of-the-art technologies. It has been rewarding to advocate and care for Jeffery.”

Stay positive
Jeffery’s advice for others who find themselves in the same situation? “Stay positive. Live your life the way you lived it before… If you have things that you’re passionate about, keep doing them. With a few exceptions, I’ve been able to do everything I did before,” Jeffery said. “When I first found out that I had a tumor, I thought my whole life would change and I couldn’t do the things I like to do. For the most part, it’s been the opposite.”

“With every new technology, such as GammaTile, tools for the laser ablation, and every new clinical trial, we are expanding the number of our ‘chess moves’ against this cancer,” said Dr. Chen. “Partnering with caring and accomplished oncologists serving our community, such as Dr. Shah, and working together as a team, we are making genuine differences in the lives of our brain tumor patients.”

Dr. Chen’s life-long dream is to develop the treatments that serve as chess moves against glioblastoma to ultimately “checkmate” this cancer. “All of us at the University of Minnesota and in the greater medical community are working tirelessly toward this dream,” he said. “I am confident that we will move the needle in a meaningful way within my lifetime.”