Thanks to a longstanding mentorship by Neurosurgery Department Head Clark C. Chen, MD, PhD; Neuro-oncology Head, Jiri Bartek, Jr., MD, PhD, was able to spearhead laser ablation adoption by the Department of Neurosurgery at Karolinska University Hospital in Stockholm, Sweden, where he currently serves on the neurosurgery faculty. 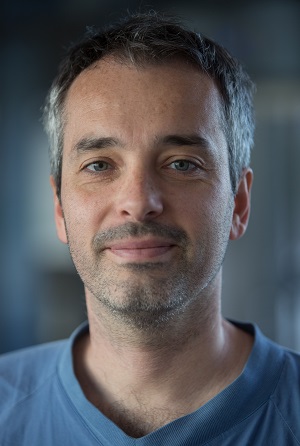 Bartek (pictured here) has dedicated much of his time to advancing clinical use of innovative technology both at his home institution and in other Nordic countries. He first studied under Chen during the final years of medical school. “I was interested in the work he was doing in neuro-oncology,” said Bartek. Continuing the mentorship, Chen hosted him as a visiting scholar at the U of M in 2017 and more recently this year (2022).

Focus on laser ablation
During the 2017 visit, Bartek focused his studies on laser ablation. “A couple of years ago, I heard that laser ablation was coming to Europe, and I knew that Dr. Chen was a world-renowned expert in that procedure,” he said. “I spent a couple of months in Minneapolis with him, seeing how the technique works.” Bartek was so impressed with both Chen and the new brain surgery technique that he convinced his department head, Margret Jensdottir, MD, to come to Minneapolis to observe it.

“We got a lot of inspiration and tips and tricks when we were in Minnesota,” he said. “When we returned to Sweden, we agreed it was something we needed to implement as soon as it was available. Thanks to the observation period at the U of M, we were the second center in Europe to offer laser ablation and the first in the Nordic countries. We wouldn’t have been able to do that without Dr. Chen.”

Learning a new technology
In 2022, Bartek spent another week in Minneapolis with Chen. During this visit, he learned about GammaTile®, a form of radiation therapy that is implanted at the time of surgery to treat brain cancer. Chen is an expert in the use of this technology and pioneered its application for more than a decade. Having learned about the theoretical underpinning of GammaTile as well as the technical considerations from Chen during this visit, Bartek will eventually bring this technology to Karolinska University Hospital.

He believes it’s good to visit another institution to see how things are done. “I would argue that if you visit another institution in the Nordic or European countries, their techniques would probably be very similar to your own,” said Bartek. “If you go to the U.S., however, you can get a lot of new ideas and thoughts about everything from how you communicate with patients, to the workflow of admitting and treating them, to providing the treatments.” He added that the gifts are often in the details. “One small thing may make a big difference,” he said.

Mutual understanding
A key thing that makes these exchange trips valuable from Bartek’s perspective is chemistry. “Dr. Chen and I have known each other since 2009,” he said. “We had a mutual understanding of what was happening that made a major difference. I wouldn’t spend several months at an institution with someone I don’t know. With Dr. Chen, it was a no-brainer. I never thought of visiting anywhere but the U of M.”

Nothing is more gratifying than seeing a student grow, develop, and become a colleague and friend, noted Chen. “To simultaneously influence the standard of care for the global community in this process has added a deeper layer of meaning to our relationship,” he said. “In Walt Whitman’s words, educating the next generation of neurosurgery leaders will be my ‘verse’ in ‘the powerful play that goes on.’”