University of Minnesota T-suite: “x-ray vision” allows surgeons to do surgeries of tomorrow

The University of Minnesota Medical Center’s new T-suite operating theater contains a powerful mobile intraoperative MRI machine. The machine provides images that give the surgeon Superman-like x-ray-like vision, enabling them to look through the skull and see the brain as surgery is performed. The benefit of this technology-enabled vision is that it allows the surgeon to make a smaller incision, rendering many procedures almost minimally invasive.

“Without the intra-operative MRI, the only way for the surgeon to see the brain is to remove the skull. The more the surgeon needs to see, the bigger the piece of skull that needs to be removed,” said Chen (pictured above in the T-suite). “The intra-operative MRI lets me see through the skull in real-time and operate through a much smaller opening.”

Abnormal region in her brain 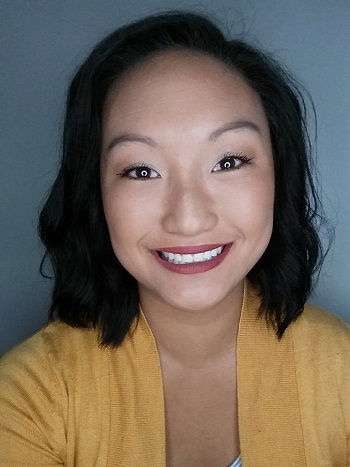 Bailey (pictured at left) started having migraines seven years ago when she was pregnant with her first son. “Within the last year, I was getting more frequent headaches and migraines,” she said. “I’d have to leave work and just felt like curling up in a ball and sleeping.” Bailey ultimately underwent an MRI that showed an abnormal region in her brain.

After a visit with a local neurosurgeon and talking with family, Bailey and her husband, Mitch, decided that the U of M was the best place for her care. She subsequently met with Neurosurgery Department Head Clark C. Chen, MD, PhD.

“Yep, he’s the one”
“The second that Dr. Chen walked into the exam room during my first appointment, I thought, ‘Yep, he’s the one,’” Bailey said. “I could tell right off the bat that he is super intelligent and knows what he’s doing. He said that for him, this was an everyday surgery that he’s done thousands of times.”

Chen felt admiration for his patient as well. “Bailey is a vibrant, smart young lady. In my mind, the absolute priority was to achieve a complete removal of the abnormality without compromising these qualities,” he said. “The challenge was that the boundary between the abnormal tissue and the normal brain was ill-defined and invisible to the naked eye. Even the most experienced surgeons cannot identify this border with absolute certainty.”

Improving safety
The intra-operative MRI in the T-suite gives surgeons a tool to better define this boundary. “With the T-suite MRI, the surgeon can better achieve gross total resection while minimizing injury to the normal brain,” Chen noted. “Furthermore, the intraoperative MRI allows me see whether anything is left after my best efforts and gives me additional opportunity to remove any remaining abnormal tissue.”

Therefore, before completing Bailey’s surgery, Chen took another intra-operative MRI. “I was humbled,” he said. “The imaging revealed that a small, ill-defined area of tumor remained. We removed this abnormality before completing the surgery, sparing her from the need for another surgery. And because the tumor was completely removed, Bailey will not need subsequent chemotherapy or radiation.”

In addition, because intra-operative MRI allowed him to see the brain without removing a large portion of the skull, Chen was able to complete this complex surgery through a five-centimeter incision behind Bailey’s hairline (each centimeter is approximately the size of a penny). “You wouldn’t even know she had surgery,” he said.

Huge relief
Bailey thought that access to the T-suite enabled her successful outcome. “It was a huge relief knowing that Dr. Chen was able to use the intraoperative MRI during my surgery,” she said. “The fact that the tumor was malignant and that he was able to go back in and remove the rest of it is amazing! Without this top-of-the-line technology, I would be doing radiation and chemo right now. I am so thankful that we caught this tumor when we did.”

From a recovery standpoint, Bailey feels that she is, “the same as I was when I went in. It’s way better than I thought it would be.”

Charting new territory
To Chen, the T-suite used for Bailey’s surgery is a giant leap forward in the ability to personalize surgery to meet specific needs of the department’s patients. “But this is only the beginning. We are partnering with Dr. Kamil Ugurbil, director of the Center for Magnetic Resonance Research here on campus, to apply new MRI sequences so the surgeon can see even more things that are currently invisible to the eye during surgery, including how different parts of the brain talk to one another,” said Chen. “These research efforts will allow surgeons to better preserve a patient’s cognitive function. It is just a matter of time before the types of surgery previously envisioned only in science fiction become a reality for our patients at the University of Minnesota.”