It is our honor to announce that Ralph White III has received the 2021 Frederick E. Shideman Leadership Award. The Shideman Leadership Award recognizes exemplary contributions to the Pharmacology community, made outside of the research lab, by a senior PhD student. This award is determined by the votes of the students in the Graduate Program in Pharmacology and while several of our fantastic graduate students were nominated, Ralph won the majority of votes for his leadership role in the Pharmacology Graduate Student Organization, his active role on the Pharmacology admissions committee, his work on #BlackinCancer and other notable contributions.

Please join us in congratulating Ralph White in his achievement and acting as a great role model for our Pharmacology Graduate students!
-The Pharmacology Awards Committee 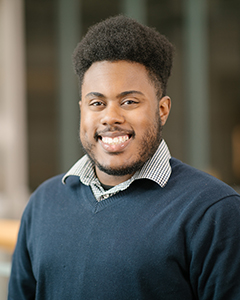