Elizabeth Arendt, MD, Inducted into the AOSSM Hall of Fame

Elizabeth Arendt, MD, professor and vice chair of the Department of Orthopedic Surgery, has been inducted into the American Orthopaedic Society for Sports Medicine (AOSSM) Hall of Fame for her outstanding contributions to the orthopedic sports medicine specialty.

The AOSSM Hall of Fame was established in 2001 to recognize and honor individuals like Dr. Arendt who have made significant contributions to the specialty. She is the third female to receive this award.

“It was an honor for me to be inducted into the Hall of Fame at the intersection of the 50th anniversary of AOSSM and the 50th anniversary of the passage of Title IX,” said Dr. Arendt. “Title IX, passed in my second year of college, was transformative in setting my path towards orthopedics and sports medicine, and helped aid in the diversity of the sports medicine community.”

She was recognized and presented with a plaque on Saturday, July 16, 2022, at The Broadmoor in Colorado Springs, Colorado, during the Society’s Annual Meeting.

Dr. Arendt’s impact in orthopedic sports medicine started in 1973 when she became the first female athletic trainer at her alma mater, The University of Rochester. As a collegiate volleyball player, she was asked to work as an athletic trainer for the school’s newly established women’s basketball and volleyball teams, in compliance with Title IX legislation. 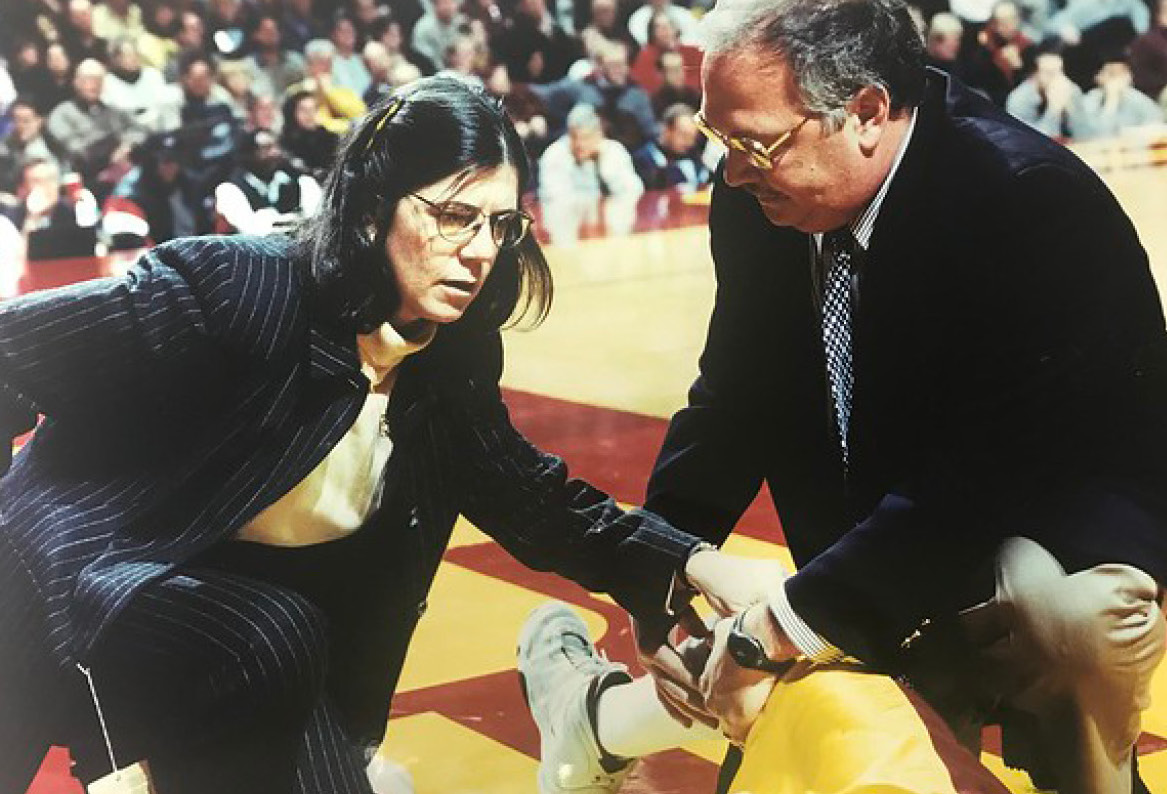 Throughout her career, she has impacted the lives of countless patients, colleagues, and trainees in orthopedic surgery and sports medicine. Dr. Arendt has served as the department’s vice chair since 2003 and the physician dyad lead for the M Health Fairview Musculoskeletal Service Line since 2019. Her clinical work and research has centered on injuries that are more common in females, such as injuries to the anterior cruciate ligament (ACL) and the patellofemoral joint. She has enjoyed high visibility and clinical expertise in patellofemoral joint injuries, disease, and dysplasia.

In 2018, Dr. Arendt was honored on the Medical School’s Wall of Scholarship for achieving more than 1,000 citations of her paper “Knee Injury Patterns Among Men and Women in Collegiate Basketball and Soccer.” She has repeatedly been named a “Top Doctor” by Mpls.St. Paul Magazine, Minnesota Monthly, Best Doctors in America®, among others.