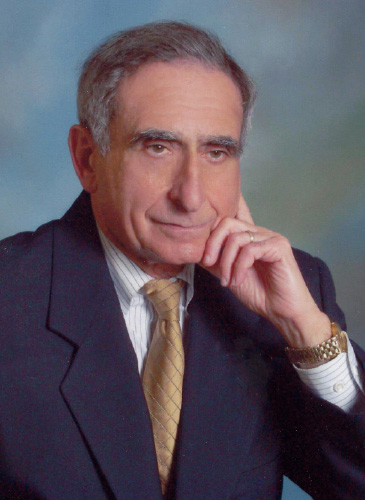 Henry Buchwald, M.D., Ph.D., a longtime professor in the Department of Surgery and a Class of 1966 resident alumnus, will be honored in June with the 2019 Jacobson Innovation Award for his groundbreaking work in metabolic/bariatric surgery.

The award, bestowed by the American College of Surgeons (ACS), honors physicians who have developed field-changing surgical advances. Buchwald is renowned for his surgical innovations, including the introduction of the partial ileal bypass procedure to treat hyperlipidemia, or high cholesterol levels.

An accomplished researcher, Buchwald in 1973 received the largest National Institutes of Health multicenter grant at the time, which funded a long-term study that proved a link between high cholesterol levels and heart disease.

Buchwald is also a professor of biomedical engineering at the University; his work developing implantable medical devices has resulted in 17 patents.

He was the first to hold the Owen H. and Sarah Davidson Wangensteen Chair in Experimental Surgery, and in 2002 he received the Harold S. Diehl Lifetime Achievement Award from the Minnesota Medical Alumni Society.

In 2020, the University of Minnesota Press plans to release a memoir by Buchwald, tentatively titled A New Way. The book will explore the life and work of Buchwald’s mentor, Owen H. Wangensteen, M.D., Ph.D., the legendary surgeon who chaired the Department of Surgery at the Medical School from 1930 to 1967.

Lucy Balian Rorke-Adams, M.D., Medical School Class of 1957, has been named a recipient of the Outstanding Achievement Award.