Meet a few Medical School innovators who found success, if not fame

Most people who have spent time at the University of Minnesota Medical School know of Owen Wangensteen, M.D., Ph.D., the legendary surgical teacher who also invented a surgical suction apparatus. That device bears his name, as does the Phillips-Wangensteen Building on the University’s East Bank campus.

There’s also C. Walton Lillehei, M.D., Ph.D., the charismatic, pioneering doctor who performed a number of surgical firsts and is widely known as the father of open-heart surgery. The U’s Lillehei Heart Institute is named in his honor.

And though there’s no University building in his name, many know of Robert A. Good, M.D., the immunologist who performed the world’s first successful bone marrow transplant, in 1968.

Behind such Medical School celebrities are legions of others who have paved the way for these and other medical advances. You just might not have heard of them. Here are a few of those stories. 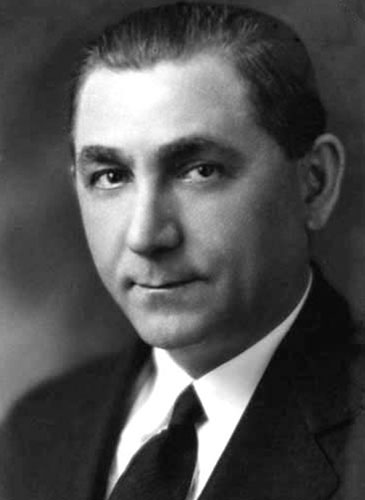 Scientists have investigated insulin as a cure for diabetes since the early 1920s. Frederick G. Banting, M.D., a medical researcher at the University of Toronto, received the Nobel Prize in Medicine in 1923 for his research in isolating and producing insulin.

Yet Banting always credited his eureka moment to an article published in the November 1920 issue of the journal Surgery, Gynecology, and Obstetrics by Barron, a professor in the Medical School’s Department of Pathology.

A member of the Medical School Class of 1911, Barron practiced medicine and served as a clinical professor of medicine at the University until his retirement as professor emeritus in 1952. His 1920 article not only influenced Banting’s work and the 90-year trajectory of insulin-based management of diabetes, but it also influenced diabetes-related pancreas transplantation research at the University several decades later. 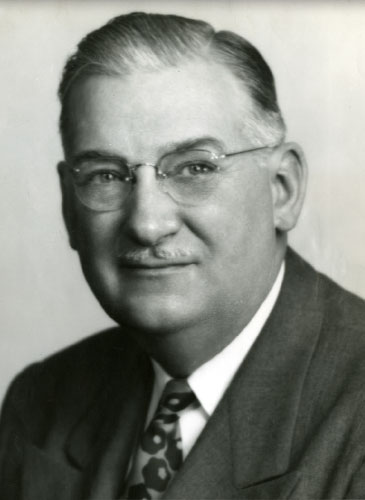 The use of viruses and vaccines to prevent or treat certain types of cancer is a hot topic in cancer research today, but the idea is at least a century old.

In the 1920s, Green, a bacteriologist in the Medical School, studied the evolutionary nature of viruses and how they cause disease. He also directed the Minnesota Wildlife Disease Investigation, sponsored by the state of Minnesota, the University of Minnesota, and the United States Biological Survey. During his tenure there, he created a vaccine to prevent encephalitis in foxes.

Based on this work with viruses, Green went on to investigate viral causes of cancer. In 1946, he published an article titled “Virus Aspects of Carcinoma,” and in 1947, he published “The Species Character of Cancer Cells” in Science. His forward-thinking approach not only considered the virus but also the environment in which the virus traveled and was transmitted — an ecological perspective that drew upon his expertise in bacteriology, zoology, and conservation. 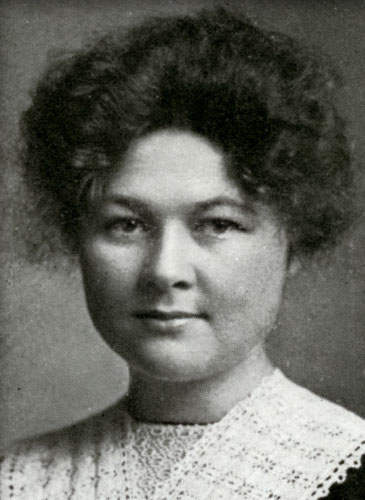 Hartig, Medical School Class 1914, was a young mother of four small children when her husband and former classmate Hugo Hartig, M.D., was killed in an automobile accident. Two years later, and nearly 14 years after earning her degree, Hermina Hartig entered the U’s residency program in pediatrics — playing to her strengths — and later started a pediatrics practice.

In 1933, she joined the medical staff of the Department of Hygiene of the Minneapolis Board of Education, now known as the Minneapolis Public Schools Health Services, and soon became its leader.

On reaching retirement age in 1954, she was invited by several Minneapolis area suburbs to conduct regular “baby clinics,” where parents could check on their infants’ growth and development. She conducted four or five such clinics each week until she was 82 years old, touching thousands of lives. 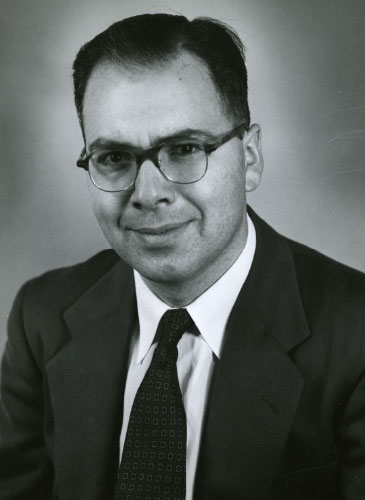 The 1950s were an exciting time to be a surgeon at the University of Minnesota. Cohen, who earned a Ph.D. in surgery at the U in 1954, found himself working with Lillehei, who was then experimenting with different ways to perform open-heart surgeries.

Following the discovery that a minimal amount of blood flow was needed to maintain circulation, Lillehei and research assistants Cohen and Herbert Warden, M.D., began to investigate ways to keep the blood oxygenated.

Cohen, whose wife was pregnant at the time, thought about the physiological relationship between a mother and fetus, in which the mother’s lungs oxygenate the blood that is pumped to the fetus through the placenta. The researchers wondered whether some type of artificial placenta could create a similar relationship for use in open-heart surgery.

Cohen and Warden tested whether a donor animal could supply oxygenated blood to the recipient’s organs while the heart was isolated for operation — an approach called cross-circulation. And it worked, allowing the team to move forward with a new wave of lifesaving surgeries for human patients. 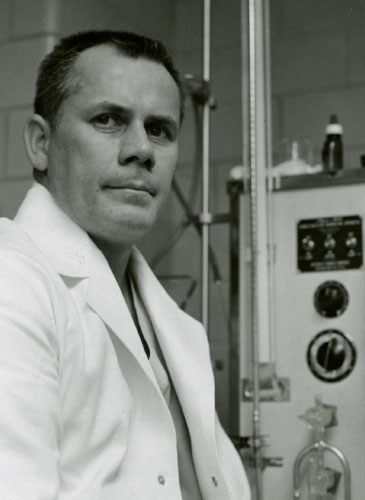 Meanwhile, anesthesiologists involved in some of these pioneering surgeries in the 1950s were becoming more innovative, too.

Recognizing a need for a more sophisticated assessment of certain patients’ breathing after surgery, Van Bergen and colleague Joseph J. Buckley, M.D., in 1957 established the first pulmonary function lab and respiratory ward at the University of Minnesota Hospitals — a precursor to the intensive care units of today. Before this, respirator-dependent patients were scattered throughout the hospital. Bringing them together in one ward made way for centralized equipment and more skilled nursing care — and better outcomes — for patients with breathing problems.

Van Bergen, who earned his M.D. from the Medical School in 1941 and whose research focused on the mechanics of respiration, also invented a portable respirator. 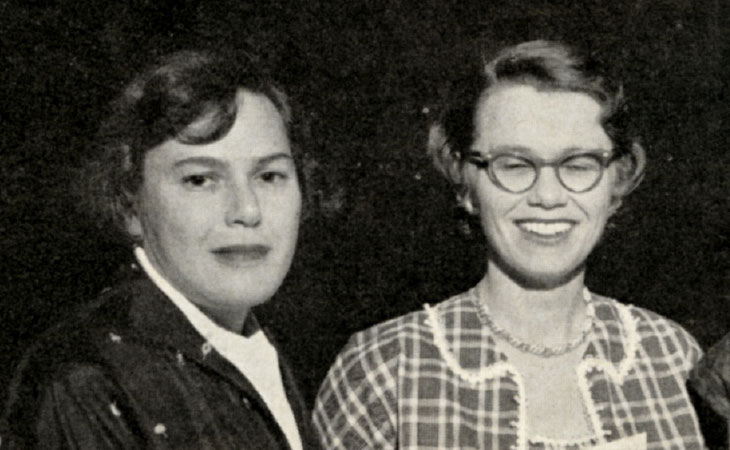 Working at a time when men significantly outnumbered women in science, Freier (left) and Rausch were quietly creating new standards for quality and consistency in laboratory medicine.

Their seminal 1958 paper, “Quality Control in Clinical Chemistry,” published in the American Journal of Medical Technology, established a protocol for preparing specific control samples to be used in lab testing. This work became key in efforts to minimize miscalculations in the sample analysis process that could lead to diagnostic errors.

Freier and Rausch, who both earned master’s degrees in physiological chemistry from the U, were the first to publish on this topic and set the stage for consistency in medical technology going forward. In 1977, they received the Professional Achievement Award from the American Society for Medical Technology for this landmark paper and subsequent career accomplishments. 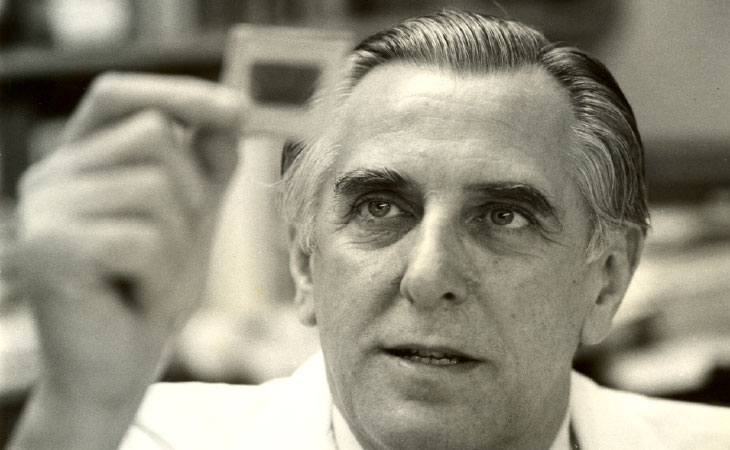 In the 1960s, cancer most often meant a dire prognosis. Cure rates for many cancers were in the single digits. But in the years that followed, a group of physicians and scientists was working to improve those numbers and prove that cancer didn’t have to be a death sentence.

Kennedy was a leader of that charge. A 1945 Medical School alumnus and decades-long Medical School faculty member, Kennedy believed that medical oncology was an essential subspecialty of internal medicine, and he tirelessly campaigned for its recognition as such, separate from hematology. He believed oncology should encompass a continuum of care — from cancer prevention to detection, treatment, and palliative care.

The outcome was greater numbers of medical students and trainees showing interest in oncology and more practicing oncologists — ultimately leading to increasingly sophisticated care, better results for patients, and a more optimistic mindset about cancer in general.