After Keith Laken was treated for prostate cancer, he and his wife, Virginia, realized that there was still another battle to fight: In the wake of the cancer, their intimate relationship was suffering.

“He’d finished treatment and he was OK,” remembers Virginia, who lives with Keith in southern Minnesota, “but after that initial feeling of relief, we went through a very difficult time. Once we stopped touching, we started bickering, separating. We really needed professional help.”

The Lakens, who later wrote Making Love Again, a frank account of their tough journey back to intimacy, ultimately worked through their difficulties. Along the way, they became passionate about sharing their experience, speaking with cancer support groups, nurses, social workers — the audience kept growing, convincing the Lakens that medical professionals were hungry for information on how to help patients cope with sexual problems that often come hand in hand with other diagnoses.

But there’s an irony to the Lakens’ tale: After crisscrossing the country with their message, they discovered a program — arguably the nation’s best — right here on their home turf, that’s been dedicated to expanding knowledge of sexual health for 45 years. Part of the U of M Medical School, the Program in Human Sexuality (PHS) has been a world leader in bringing greater understanding to a wide range of sexual health–related issues — intimacy concerns, transgender health, sexuality and aging (see sidebar), compulsive sexual behavior, criminal sexual behavior, female genital mutilation, and more.

Today, the Lakens are a valuable addition to the Medical School’s curriculum in human sexuality as they meet with medical students in the classroom to not just tell their story, but to allow students to interview them and get comfortable asking questions about sexuality.

“Almost any illness — cancer, stroke, amputation, broken bone — impacts your sexuality, your intimate relationship,” says Virginia Laken, “but health care workers rarely talk about it. Our hope is to get the next generation of doctors comfortable talking about sexuality — what a great gift that would be to their patients!”

Although they were longtime Minnesotans, the Lakens had never heard of PHS, and were finally referred there by an East Coast doctor.

“That program was right on our doorstep, and there we were, floundering,” Laken says.

So why is PHS such a well-kept secret? Because sexuality, even as it relates to health, continues to be stigmatized, says Eli Coleman, Ph.D., L.P., director of PHS and its clinic, the Center for Sexual Health, the nation’s largest and most internationally renowned clinic designed to help people with sexual disorders and dysfunction. “We enjoy far more recognition nationally and internationally than we do here in Minnesota.

“As the largest such clinic in the country, we have more than 10,000 client visits every year …” Coleman pauses, sighs, “but [clients] don’t necessarily go home and tell their neighbors about the great therapy they’re getting here.”

Founded in 1971 to provide sexual health training to U medical students, PHS was truly charting untested waters. Among the first in the country to require sexual health classes, the Medical School designed a curriculum to get physicians comfortable dealing with sexuality and the diversity of sexual expression.

“Many of our worst problems in the area of human sexuality stem from our discomfort talking about sexuality in mature and open ways,” says Coleman. “But when it happens, that frank exchange between doctor and patient, it forms a powerful bond that is very profound for both.” 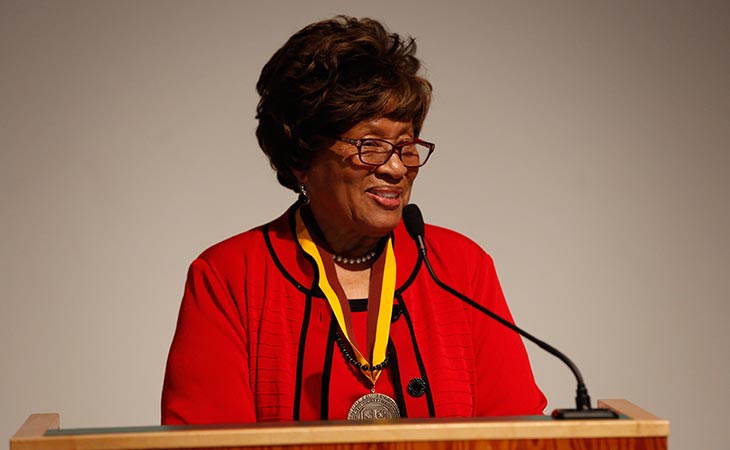 In the 1970s, when PHS began, frank talk about sex just didn’t happen. This was long before Rock Hudson’s death from AIDS, Tiger Woods’ much-publicized rehab for sex addiction, or Caitlin Jenner’s coming out as a transgender woman.

It was before one remarkable woman, Joycelyn Elders, M.D., surgeon general in the Clinton administration, regularly took to the airwaves making blunt statements about sexual health education that caused politicians to demand that “the Condom Queen” be deposed.

Among her more controversial statements? Gays should be allowed to adopt and the Boy Scouts should welcome homosexuals.

Elders, who completed her internship in pediatrics at the U in the early 1960s, has always been passionate about sexual health education. (Among her most famous quotes is this one: “We’ve tried ignorance for a thousand years. It’s time we tried education.”) So it’s not surprising that when Coleman wanted an endowed chair in sexual health education, he turned to Elders.

“All I could do was cry when Eli asked me to put my name on a chair for sexual health education,” says Elders, “because I have felt so strongly for so many years that we are doing too little too late.”

While most endowed chairs come courtesy of wealthy families or companies committed to supporting research in a particular area, endowed chairs in human sexuality are almost nonexistent. Coleman holds the nation’s first endowed chair in sexual health, which was established in 2007 at the U’s Medical School.

“Because sexual health is stigmatized,” says Coleman, “raising funds for research or education is very difficult. Even if someone of means has been profoundly affected by work in this area, they don’t necessarily want to attach their name to an endowed chair with the word ‘sex’ in it.”

So rather than relying on one wealthy benefactor, fundraising efforts leveraged the power of Elders’ name to bring more than 300 individuals, 23 organizations, 26 states, and eight countries together to fund the Joycelyn Elders Chair in Sexual Health Education. The 2014 rollout was a historic moment for the U.

“Dr. Elders is really loved and admired by her fellow surgeons general,” says Coleman, “and three of them came to a symposium here that was designed not just to celebrate the new Elders Chair but to focus attention on this issue.” 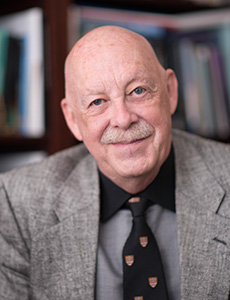 “It’s past time to put ‘sexual health’ back into ‘health,’” says Michael Ross, M.D., Ph.D., M.P.H., who holds the Joycelyn Elders Chair in Sexual Health Education. “It never should have been separated out.” (Photo: Scott Streble)

He hails from New Zealand, but Michael Ross, M.D., Ph.D., M.P.H. (plus eight other assorted degrees in criminology, education, and psychology) is truly a global figure in the realm of sexual health education. He has trained in Australia, England, and Sweden, and conducted extensive research on sexual disease and dysfunction across Asia and Africa.

“My medical training was in venereology—and there’s a conversation stopper for you,” quips Ross, the doctor now poised to lead sexual health education at the U. “But sexual health is about much more than just sexually transmitted infections (STIs). It’s past time to put ‘sexual health’ back into ‘health.’ It never should have been separated out.”

Elders is pleased with the appointment. “We were thrilled to get someone of Mike Ross’ caliber,” she says, “and I hope that someday soon every major university in the country will want to have a chair in sexual health education.”

While the U currently has what Ross calls “the best sexual health education program for doctors in the U.S.,” he plans to continue to improve that training and also develop new teaching curricula for health care programs around the country.

“There are still so many taboos about talking about sexual health,” says Ross. “Combining that discomfort with lack of knowledge leads to very poor medical outcomes for patients with sexual health concerns, so helping to make comprehensive training widely available is one of my primary goals here.”

In addition to training medical students, nurses, and other health care workers, Ross would like to see public school “sex ed” classes improved and expanded. Acknowledging that no other area of child health and safety inspires the level of incendiary rhetoric that’s commonly heard in discussions about public school sex ed, Ross says, first, it’s time to change that term to “sexual health education” — because nobody wants to teach kids how to have sex, but rather to educate them about the myriad consequences that can come with sexual activity.

“The basic thinking among people who oppose education about sexual health,” says Ross, “is that if we educate kids about sex, they’ll go out and be sexually irresponsible, but, in fact, we have a mountain of data that says it’s the people who aren’t educated that get into trouble.”

To those who oppose teaching kids about sexual health in America’s public schools, Ross reminds them of some grim facts: 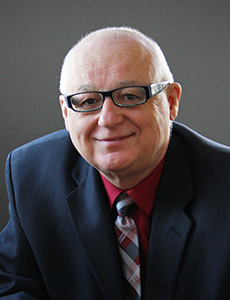 Eli Coleman, Ph.D., L.P., directs the U’s Center for Sexual Health, which is nationally and internationally known but flies under the radar locally. (Photo: Jenae Batt)

The United States has the highest teen birth rate in the industrialized world. And what follows teen birth continues a downward spiral: teen mothers are more likely to drop out of high school, live in poverty, and be in poor health. Ditto for the babies of teen moms. Besides the obvious quality-of-life issues, teen pregnancy is also an expensive problem for the country: The National Campaign to Prevent Unplanned Pregnancy estimates that teen childbearing costs taxpayers upward of $9.4 billion annually.

“Those are the easy numbers to point to,” says Coleman, “which is just some indication that people are not taking care of themselves and their partners. And it’s costing us enormously to deal with those problems.”

PHS faculty members acknowledge that there’s a lot they need to learn about sexual health, a subject still in its academic infancy. But if doctors become as comfortable asking patients about their sexuality as they are about asking them if they use seat belts or smoke cigarettes, the sexual health landscape could shift dramatically. In that, the U’s curriculum for doctors in training plays a crucial role.

“Sexuality is at the core of who we are as humans,” Coleman says, “and doctors, as the first point of contact with patients, need to be able to give those patients both help and hope.”

To support the Program in Human Sexuality, contact Holly Gulden at hmgulden@umn.edu or 612-625-8758, or visit give.umn.edu.

“Really? People can have healthy sex lives into their 80s and 90s?”

That was the reaction of theatergoers after seeing “No Expiration Date: Sexuality & Aging,” a refreshingly frank theatrical production that translated research — conducted by Sara Mize, Ph.D., L.P., and Alex Iantaffi, Ph.D., L.M.F.T., both PHS faculty members and therapists at the Center for Sexual Health — onto the stage.

Written and directed by Pangea World Theater members and staged at Intermedia Arts in Minneapolis last June, the play was based on narratives generated in Mize’s and Iantaffi’s focus groups on sexuality and aging.

“We took the dialogue for the play directly from things we heard in the focus groups,” says Mize, “and after each performance, we had a Q&A with the audience — and, wow, those conversations were awesome!”

Two strong themes emerged, Mize says: A feeling of hopefulness — yes, healthy sexuality is possible as I age! — and a sense of relief that it was OK to actually talk about it and discover that other older people had the same questions and concerns about their sex lives.

“Doing a theater piece got the research out there in a new way,” says Mize. “Hearing people open up about the subject — that was so gratifying, and something you just don’t get from publishing a research paper.”