Copavin: A ‘cure’ for the common cold 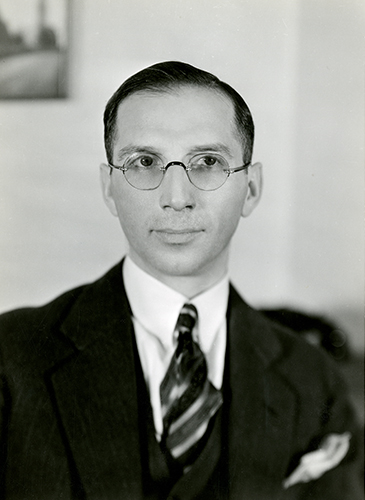 Harold S. Diehl, M.D., was head of the U's Student Health Service when he filed a patent for the often-requested Copavin. (Photo courtesy of University Archives)

Although the public takes more medications for colds than for the treatment of any other illness, little of real significance has been written concerning their treatment … The reason for this study was the consistently good results I obtained in the treatment of my own colds with morphine.

–Harold S. Diehl, M.D., in the Journal of the American Medical Association, 1933

Harold S. Diehl, M.D., then head of the Student Health Service at the University of Minnesota, was in the process of patenting a drug to aid in the respite of the common cold. Licensed to Eli Lilly & Co. for production, Copavin, a name coined by Diehl, was a combination of two “practically harmless” opium derivatives — codeine and papaverine.

The 1934 University of Minnesota President’s Report highlighted the success of the mixture, noting that 72 percent of nearly 1,500 students treated showed “definite improvement.”

In October 1935, Minnesota Alumni Weekly, the U of M alumni magazine at the time, noted that more than 2,000 students had requested the medicine in the past year, while during “the cold weather in January 1934, as many as 75 students a day asked for Copavin.” Later in 1935, Diehl became dean of the College of Medical Sciences, serving until 1958. 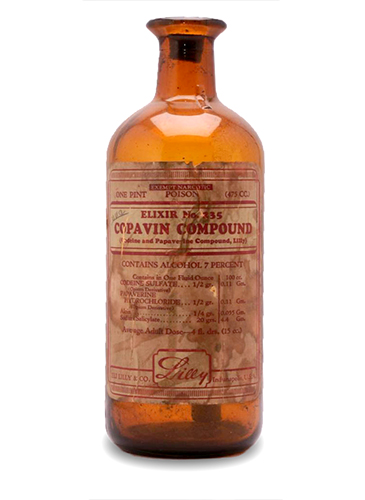 Copavin, a name coined by Diehl, was a combination of two "practically harmless" opium derivatives—codeine and papaverine. (Photo courtesy of the Herb Museum, www.herbmuseum.ca/)

As part of the agreement with Eli Lilly & Co., the University received an 80 percent share of 5 percent of the royalties. Diehl received the remaining 20 percent. The Board of Regents designated the royalties be used for one or more of the following purposes: for the use of the Health Service, but restricted to uses not provided for in the regular budget; for medical research; to supplement for retention of distinguished members of the staff; for financing or endowment of fellowships in public health; or for a building or endowment fund for the Campus Club.

The Copavin Fund received its first payment, of $1,466.74, in 1934 and continued to grow over the next few decades. A portion of the funds helped to complete the Variety Club Heart Hospital in 1950. But the single largest use of the Copavin Fund came with the planning and construction of the Bio-Medical Library and scientific laboratories building in 1959.

Cost estimates for the library topped $1 million, including $832,000 appropriated by the Legislature; $108,000 from the Copavin Fund was the next largest contribution. The Honors Committee recommended naming the new building in honor of Diehl, who had just left his position as dean. It is unclear whether the naming of Diehl Hall also recognized the contributions made through his patented therapeutic mixture.

The Diehl-Copavin Fund is last documented in the University’s 1971 annual financial report. With a balance of $45,000 and no new royalties, it likely helped to pave the way for the construction of Units A, B/C, today’s Moos Tower, and the Phillips-Wangensteen Building.

Now, as planning and construction of the new Health Sciences Education Center begins and the Bio-Medical Library moves into the new space, know that in the building next door there is a time capsule containing a bottle of Copavin — certainly an elixir, if not a cure, for the common cold. 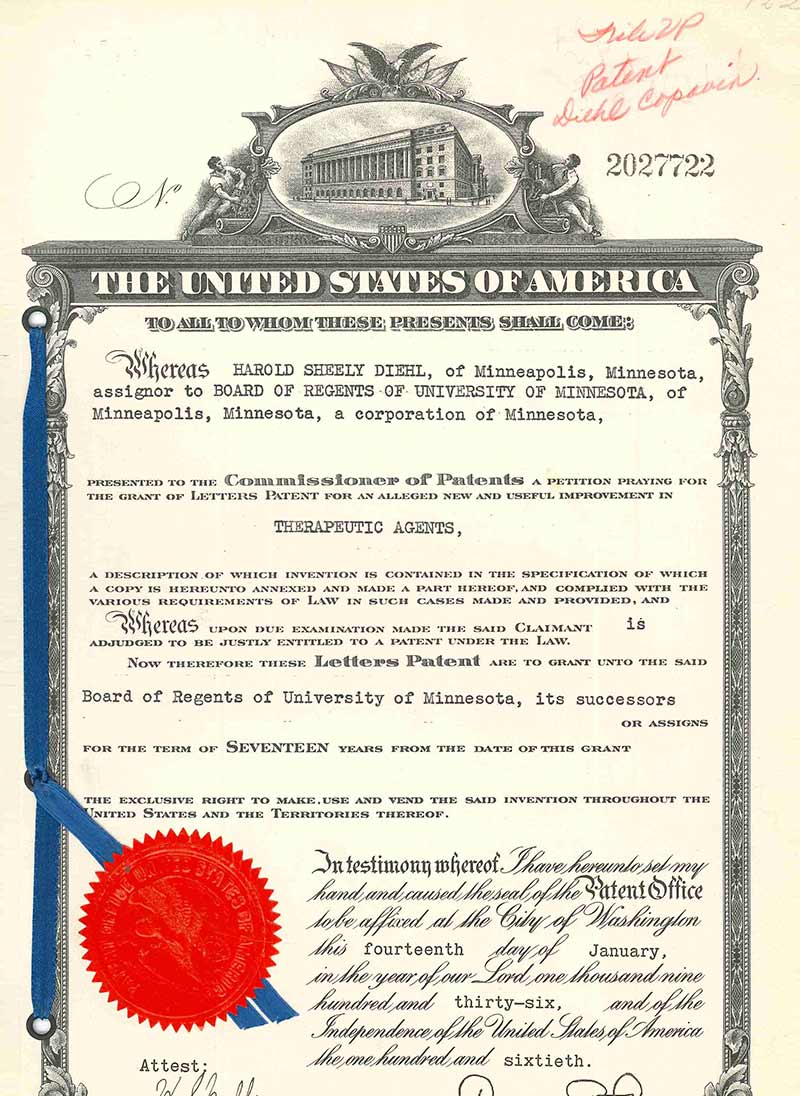