Covered in the Bulletin

This magazine, which began in 1929 as a typewritten set of case reports, now covers a wide array of research, education, and clinical news from the Medical School and is available in print and digital formats
By Kristine Mortensen 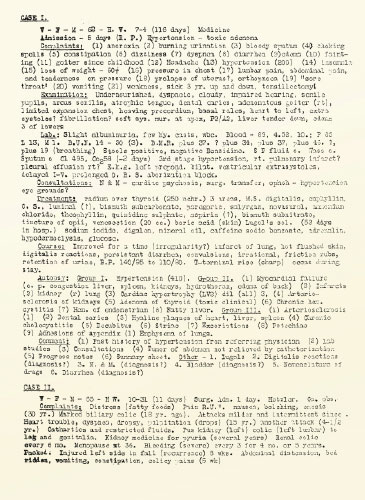 Just like the University of Minnesota Medical School, the Medical Bulletin has evolved considerably since its early days. The now full-color magazine started in 1929 as a typewritten set of case studies — mostly grim autopsy reports — and announcements.

In the early 1930s, the publication became the more formal weekly Staff Meeting Bulletin of the Hospitals of the University of Minnesota, with financing provided by the Citizens Aid Society, a philanthropic organization led by Carolyn McKnight Christian.

In 1955, the magazine became the Medical Bulletin, and in the fall of 1959, the first cover illustration appeared. Ten years later, a new, wholly redesigned Medical Bulletin was introduced. Scientific articles were no longer included. Instead, the focus was to be on people, alumni in particular, and original stories — a clear sign that the now bimonthly magazine was aiming for a broader audience.

The best reporting and writing, whatever the subject matter, involves compelling storytelling. “Eye Man, A look at alumnus Harold Scheie,” a riveting portrait published in 1973, is one such example from the Medical Bulletin. “Dr. Robert O. Fisch, A Lesson of Love from the Holocaust,” published in 1994, is another.

The magazine has commissioned original art and photography to illustrate many complex stories, from “A Bridge to the Future,” about the launch of the Fairview-University partnership in 1997 (still a current topic), to “Made in Minnesota,” about the challenge of meeting the state’s need for family physicians in 2017.

A sampling of covers reflects the breadth of topics featured over the Bulletin’s nearly 90-year history and shows that some topics can be both timely and timeless.

Recommended reading from the Bulletin archives

A new perspective (storytelling through photography at U of M Masonic Children’s Hospital), by Jim Bovin and patient families), fall 2016