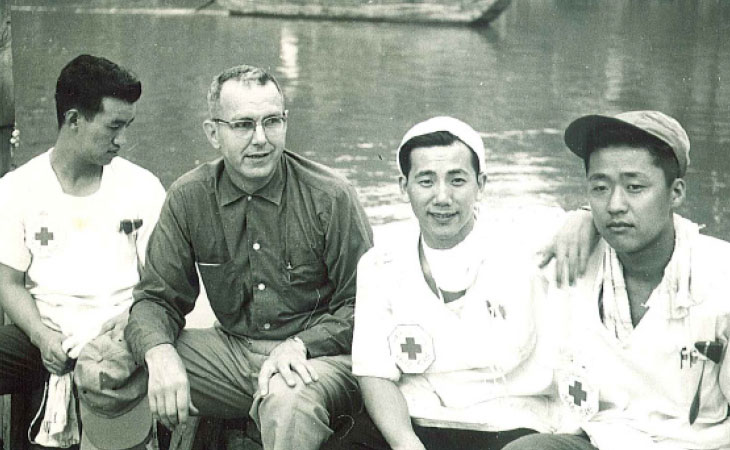 The University of Minnesota was catapulted into global medical education when it was asked to help rebuild Seoul National University (SNU) in the wake of the Korean War — “a gigantic task,” noted one U of M administrator. Many SNU staff members and students had been evacuated or abducted during the war and all the buildings stripped of everything, from sinks to scientific equipment.

Harold Stassen, a U of M alumnus, former Minnesota governor, and then-director of the U.S. Foreign Operations Administration, recruited the University to aid SNU in the fields of agriculture, engineering, and medicine. Neal L. Gault Jr., M.D., an associate professor and assistant dean, would lead the rebuilding of SNU’s medical school. 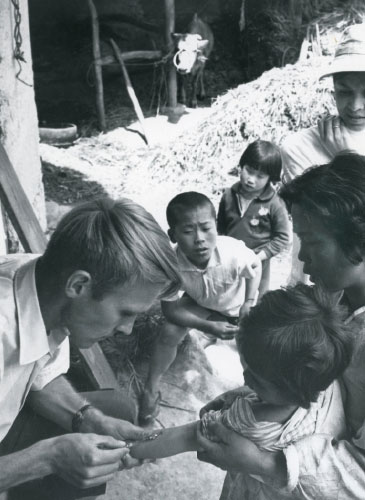 Phillip Peterson, M.D., shown giving a tuberculosis patch test to a child in a barn, describes his experience in Korea in 1970 as “life-changing.” (Photo: Courtesy of Phillip Peterson)

Gault — known as a gifted teacher and administrator — proved to be well suited to the task. Equally important, after taking up residence in Korea from August 1959 to June 1961, he recognized the ways cultural differences can influence health. In the decades to come, he became an internationally renowned medical education specialist and served as the U of M Medical School dean from 1972 to 1984.

Phillip K. Peterson, M.D., had his own cross-cultural awakening when he went to Korea for an international elective in 1970. “It was the best thing I did in medical school. It was life-changing,” he recalled recently. As a result of his experience, Peterson abandoned his plan to pursue cardiology through the NIH Associate Training Program and instead joined the Indian Health Service and chose a career in infectious diseases.

In 1998, Peterson became the founding codirector, along with Paul Quie, M.D., of what is now the Global Medical Education and Research (GMER) Program at the U of M. Peterson says Gault’s example inspired their efforts. Today GMER encourages every medical student to participate in a clinical or research elective in another country.

With support from a GMER endowed student travel award, Noel Phan, M.D., born and raised in Minnesota and currently an otolaryngology resident at Mount Sinai in New York, became the most recent participant in the U’s still robust exchange program with SNU, in 2017.

“Korea has the top plastic surgery procedures in Asia and the world,” says Phan. “I loved my experience at SNU. It made me appreciate my medical education at the University of Minnesota, where I had significantly more autonomy and patient interactions than the medical students in Korea. I also learned a lot about the hierarchy of surgery in Korea. You bow to the attendings to acknowledge them and show your respect.” 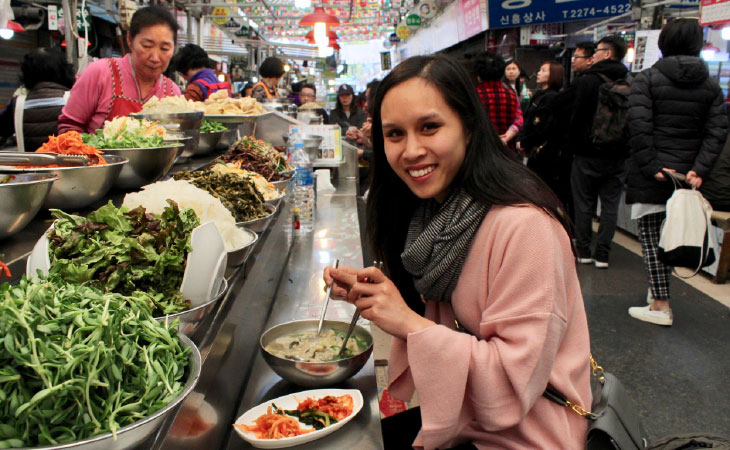