The University of Minnesota announced in December that it successfully competed for a record $793 million in external research funding in fiscal year 2018. That’s according to the 2018 Annual Report on Research and Technology Commercialization released by the University’s Office of the Vice President for Research.

The University ranked ninth among the country’s public research universities in research expenditures, according to the most recent National Science Foundation Higher Education Research and Development Survey, which compared research expenditure data collected from fiscal year 2017. The Twin Cities campus expended $922 million on research in that period, while the five-campus system expended $948 million.

Other highlights from the report:

8.8 percent increase in National Institutes of Health funding ($22 million) over the previous year

$42.6 million grant — one of the U’s largest federal grants ever, from the NIH National Center for Advancing Translational Sciences — to be distributed over five years for the University’s Clinical and Translational Science Institute, which helps to move lab discoveries into clinical practice faster 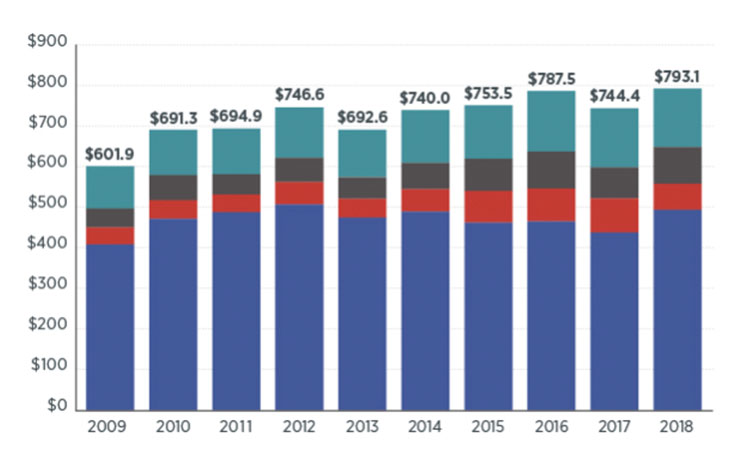 To view the 2018 Annual Report on Research and Technology Commercialization, visit z.umn.edu/ResearchAR.

New U team turns back the clock on aging cells

Researchers are exploring ways to slow aging at the cellular level.