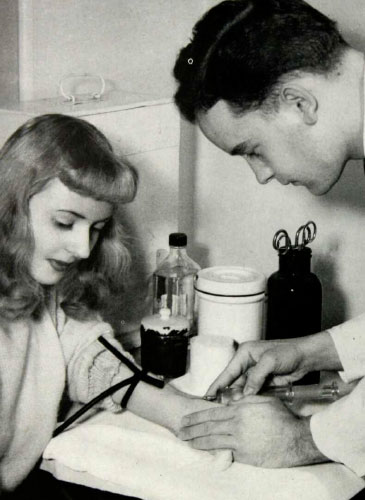 When the first 116 medical students arrived at the University of Minnesota’s newly minted College of Medicine and Surgery in 1888 to spend one year in lectures, they had already passed the first hurdle: They’d demonstrated that they could write legibly and correctly in English; translate Latin; pass algebra, plane geometry, or botany; and grasp basic physics.

Fast forward 130 years: Today, admission to medical school requires an impressive performance in an undergraduate degree program; typically a high score on the MCAT exam; and, increasingly, evidence of volunteerism that demonstrates commitment to the human condition. At the University this year, the Medical School’s Twin Cities and Duluth campuses welcomed a combined 240 students to begin not one, but four, rigorous years of medical training, followed by three or more years of residency. Those lectures? They’re gradually being phased out.

“Providing evidence-based education and standardizing outcomes and individualizing pathways are among our guiding principles as we work on our strategic plan for medical student education,” says Rosenberg, “and that’s bringing us to exciting new places where students can learn smarter, sometimes faster, and retain more.” 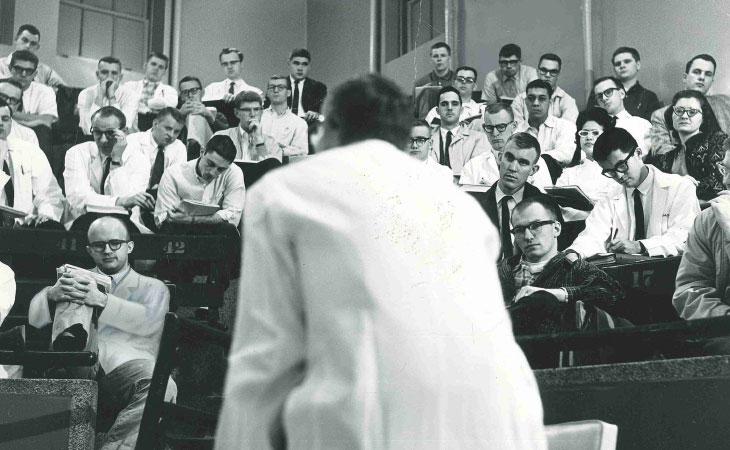 In recent decades, the rapid increase in scientific information has had medical educators scrambling to stuff more content into an already overstuffed curriculum.

“There’s no more room in the curriculum for more curriculum,” says Robert Englander, M.D., M.P.H., the Medical School’s associate dean for undergraduate medical education. “The solution for handling the explosion of scientific knowledge is not to dump more content on students but instead underscore key concepts.”

“It’s time to stop focusing on the curriculum and instead focus on the outcomes these students need in the key domains of medicine,” Englander says. “That’s the direction we’re moving in the Medical School.”

To reinforce this idea, the Medical School established the Medical Education Outcome Center, where faculty and staff are beginning to assess the quality of care physicians provide after they begin practice, in order to tie it back to the quality of the education they received. 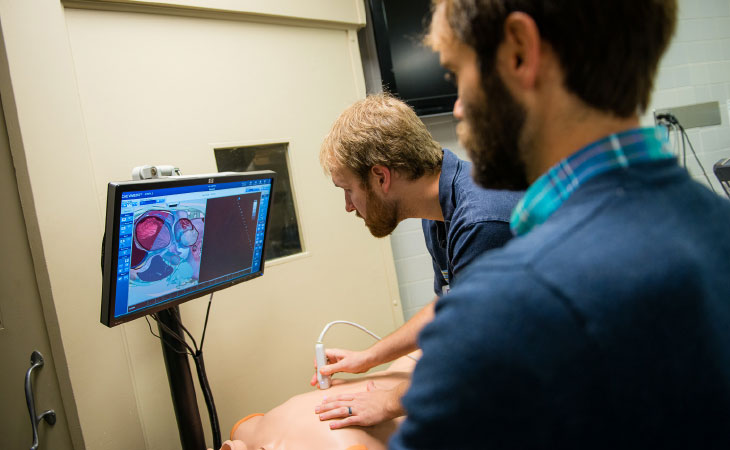 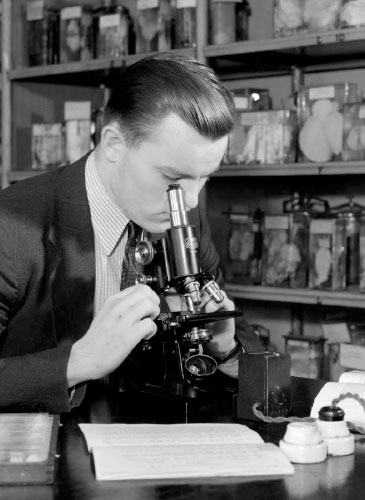 Both Rosenberg and Englander believe one way to improve students’ success is to educate them in active learning environments. Days spent sitting in amphitheater lectures are giving way to interactive problem-solving sessions and upended classrooms, where homework comes first and small, in-depth discussion follows.

The University’s new Health Sciences Education Center, scheduled to open in 2020, was designed with these ideas in mind. It will include state-of-the-art clinic, operating, and procedural-training simulation spaces; small-group classrooms; and a refashioned medical library, among other features that foster hands-on, team-based learning.

While many schools expose students to various specialties in classic block rotations —  six weeks in surgery, four weeks in family practice, and so forth — a family medicine faculty member had a revolutionary idea back in 1971. John Verby, M.D., asked, “What if we allowed third-year medical students to live and train for nine months in a rural location, learning from skilled rural practitioners?” His idea launched the Rural Physician Associate Program (RPAP), the first LIC in the country, and it ushered in a new way of training doctors. 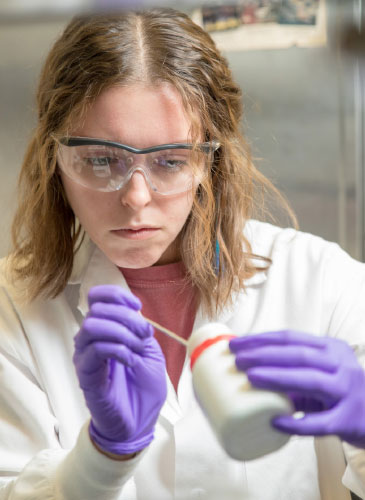 “RPAP wasn’t trying to fix medical education,” says Englander. “It was trying to create more rural doctors. Its great success is that it did both.”

At the Medical School, RPAP has been followed by other successful LICs, which place students in places like the VA hospital or underserved metropolitan clinics to gain valuable hands-on knowledge under the close supervision of committed preceptors.

“When you learn in the context of your passion,” Englander says, “that learning sticks better.”

One of the Medical School’s newest LICs is also a national model for the competency-based education that Rosenberg and Englander embrace. Called EPAC (Education in Pediatrics Across the Continuum), the program is getting worldwide attention for its innovative approach to pediatric specialty training. Students are allowed to graduate and advance to residency at their own pace; once they’ve demonstrated required competencies, they move on. 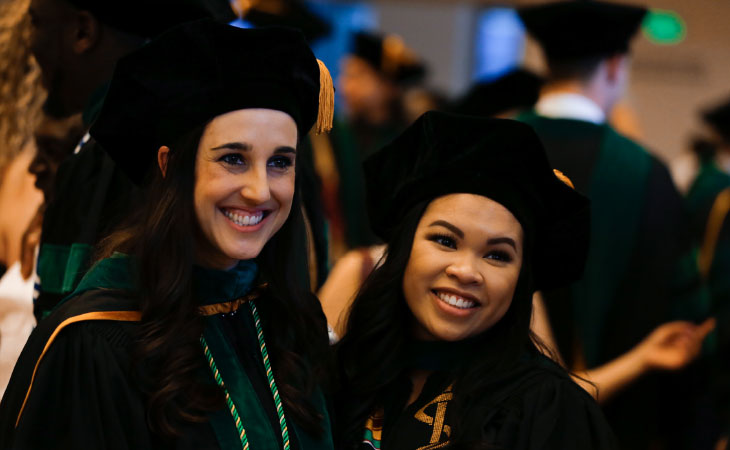 To help alleviate student stress — a key factor that’s contributing to a high rate of burnout and even suicide among medical students nationally — administrators have eliminated honors grading in the first two years of medical school and shortened the first semester of the upcoming year by three weeks.

New admissions policies and innovations like the B.A./M.D. program are helping to change the face of the student body to become more reflective of the patients future doctors will care for. It’s a far cry from the all-white, predominately male inaugural class of 1888: 54 percent of today’s U of M medical students are women, 12 percent were born in other countries, and 19 percent are from racial and ethnic populations currently underrepresented in medicine.

One clear takeaway from the new approach to medical education? Training doctors today requires more people and more time to get the job done, says Englander. “In 1980, it took about three nonphysician staff to train a doctor. Today, it’s 15-to-1.”

“With clear, guiding principles in place,” Rosenberg says, “we can continue to hone our medical education in a way that always puts patients first and empowers students to become the best physicians they can be.” 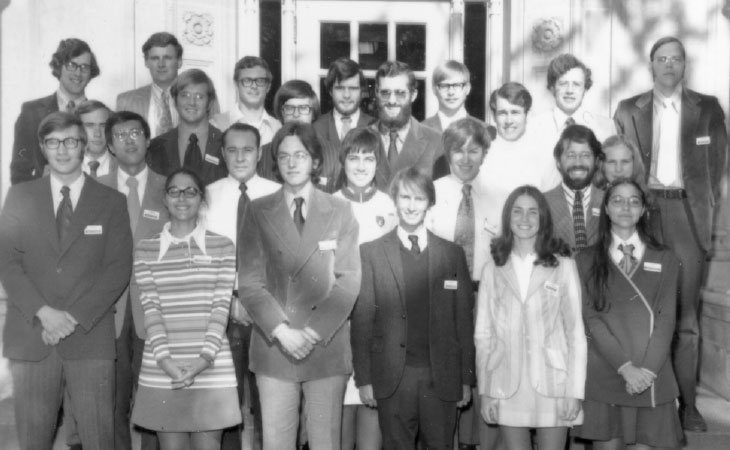 Duluth: Medical School on a Mission

In the early ’70s, a forward-looking Minnesota Legislature charged the University with educating more rural and Native American physicians. To help accomplish that, it allocated funds to establish a Duluth campus of the U’s Medical School, a campus that has successfully pursued that mission ever since.

Alan Johns, M.D., M.Ed., was in Duluth’s first class, comprising 24 students. As a Native American, he had been recruited for the new program — two years of learning in Duluth, followed by two more in Minneapolis.

“I had never even dreamed of going to medical school,” Johns says. “My sights were never set that high. But I had wonderful mentors who helped me through the application process.”

Johns went on to get both M.D. and M.Ed. degrees and become associate dean for medical education, curriculum, and technology at the Medical School’s Duluth campus, a position from which he just recently retired.

“The thing I love about Duluth,” he says, “is the mission, which was almost revolutionary at the time, was very specific, and hasn’t changed over the years.”

Duluth has tracked every student who ever attended medical school there, and the statistics speak for themselves: 47 percent of its students go on to practice family medicine, 40 percent of them in rural areas. A whopping 75 percent stay in Minnesota or western Wisconsin to practice.

“Medical education has evolved into its own field,” says Johns. “We have a much better understanding of how to shape a curriculum, and we’re delivering it better every year.”

Throughout the 19th century, medical education in the United States was a Wild West–like assortment of programs. Looking to provide structure and standardization, the Carnegie Foundation called on educator Abraham Flexner to survey and assess existing medical schools in the U.S. and Canada, and to provide recommendations for improvement.

Flexner crisscrossed the country visiting and evaluating schools. While some received scathing assessments that resulted in their closing, Minnesota, open for just over 20 years at that time, got glowing reviews. He noted that Minnesota’s science laboratories were “excellent, exceedingly attractive, and well organized” and further added that Minnesota was the “first state in the Union that may fairly be considered to have solved the most perplexing problems connected with medical education and practice.”

The Flexner report, issued in 1910, called on medical schools to adopt higher standards for both admission and graduation, and to develop curricula based on two years of foundational science followed by two years of clinical training, a model that formed the basis for medical education into the present day. 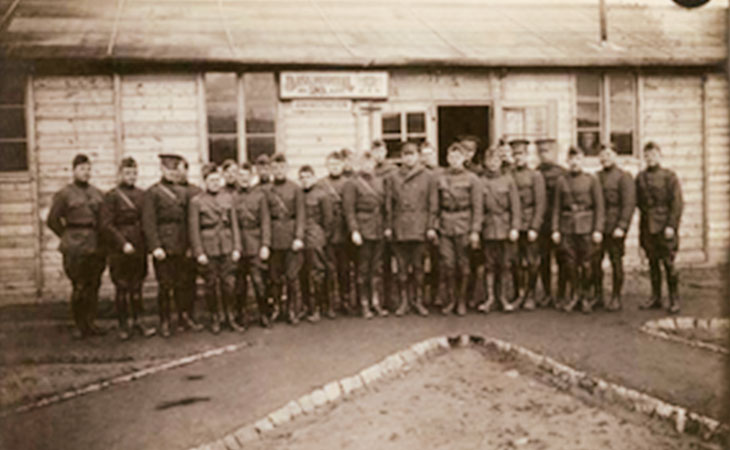 Lessons of war: The shaping of specialty medical education

The traditional course of medical education has gone largely unchanged since the early 1900s, when Abraham Flexner spearheaded a national study that ended with a call to require all medical students to undergo two years of foundational science study, followed by two years of clinical training. But the development of specialized training was also driven by experience in the trenches of 20th century wars.

“Wars have always given us a snapshot of the health of the nation,” explains Jennifer Gunn, Ph.D., associate professor in the history of science, technology, and medicine at the University of Minnesota. “When we draft soldiers, we give medical exams. We discover certain medical problems and develop public health policies in response. But that knowledge helped develop medical education, too.”

Gunn talks about Base Hospital No. 26, a WWI unit staffed by U of M doctors and nurses who mobilized to Allerey, France, to treat soldiers in 1917. There, doctors learned first-hand the value of specialty care. Before the war, there was only one specialty board and certifying exam (ophthalmology, 1917), but between 1917 and 1941, 14 more specialty boards were established as medical education began to reflect the rise of specialized clinical knowledge.

“WWII also made a big difference,” says Gunn, “as many doctors experienced group practice for the first time. They liked working closely with colleagues who had different sets of expertise, so after the war, many of them used the G.I. Bill (a 1944 act that provided education benefits to veterans) to complete residencies in specialty fields.”

Still, changes came slowly. Well into the 1970s, Minnesota’s general practitioners could still perform surgery without board certification. And the workforce remained dominated by white men: In 1970, there were only a handful of practicing Native American physicians, just 2.2 percent of the nation’s doctors were African American, and women made up only 9 percent of medical school enrollment. 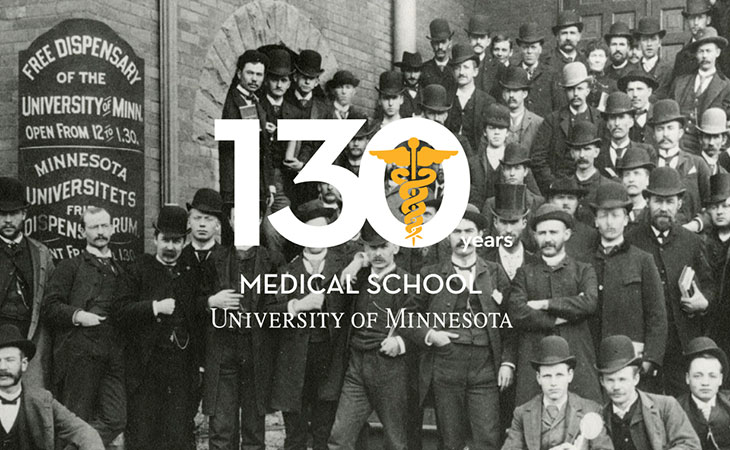 Learn more about how the Medical School began at med.umn.edu/130.