Melissa Geller, M.D., M.S., was still a new doctor completing her fellowship at the University of Minnesota in the early 2000s when she resolved to spend the rest of her career helping people  who face the grimmest of cancer diagnoses.

“Having to tell a patient with ovarian cancer that there is no cure for her disease is incredibly difficult,” says Geller, now associate professor and division director of Gynecologic Oncology in the Medical School’s Department of Obstetrics, Gynecology, and Women’s Health. “I knew then that, someday, I wanted to be able to say to these women, ‘You will never have a recurrence of this cancer.’”

And today she’s optimistic about a form of immunotherapy originally developed by her Masonic Cancer Center, University of Minnesota colleague and mentor Jeffrey Miller, M.D., a professor of medicine in the Medical School. Through a partnership with the biotechnology company Nant, Geller and her team are now treating women who have recurrent ovarian cancer in two early-phase clinical trials.

While Miller has used this type of immunotherapy to treat people who have blood-related diseases, Geller’s studies are the first to explore whether it can be effective against solid tumors. 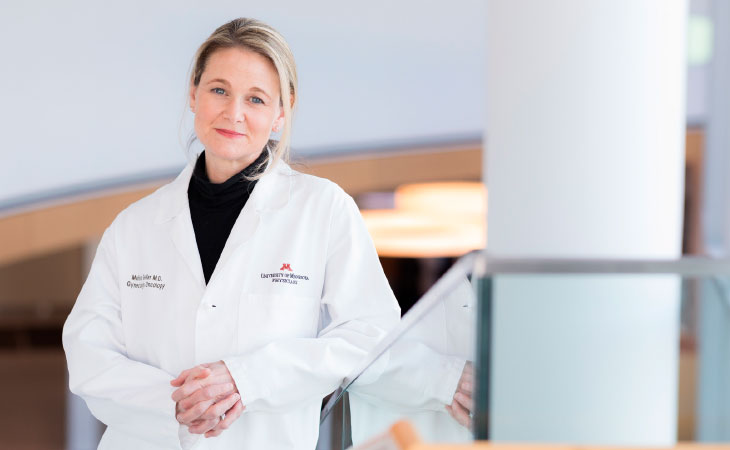 The stakes are high. More than 22,500 women are diagnosed with ovarian cancer every year in the United States, according to the American Cancer Society. The majority have a recurrence within two years, and, despite the best efforts of doctors like Geller, five-year survival rates for ovarian cancer are less than 50 percent.

While current treatments for ovarian cancer — surgery to remove the tumor followed by six months of chemotherapy — attack the disease from the outside, the cell therapy trials underway now take the fight to the cancer’s front lines: inside the body, where the battle is being waged on a cellular level.

Immunotherapy treatments — including cell therapies — are designed to harness the power of the body’s immune system to kill cancer cells by either delivering new cells to the fight or revving up the ones already there. Both of Geller’s trials hinge on natural killer (NK) cells.

In a healthy body, NK cells rally to the site of infection or disease and call other cells to come to that location and help beat back the infection. But cancer cells are wily and elusive. And researchers now know that women with ovarian cancer have fewer NK cells in the peritoneal area — and the ones they do have function poorly, which allows cancer cells to flourish.

In the first trial, Geller is administering a cell therapy called FATE-NK100, developed by investigators at the University in collaboration with Fate Therapeutics, directly into each patient’s peritoneal cavity through a port in the abdomen. The treatment is derived from the blood of a related donor. Six patients have been treated so far, and, Geller reports, she’s finding that those donor NK cells are still at work more than a month later.

“The longer those NK cells stick around,” Geller explains, “the more — hopefully — we will see the disease stabilize, so we can keep the patient off chemotherapy.”

That trial, which is focused on establishing optimal dosing for the FATE-NK100 treatment, will go on for another year.

In the second trial, Geller uses the drug developed by Miller’s team in its partnership with Nant. Geller describes it as a “souped-up agonist that sends in a combination of NK cells and T cells to attack the cancer cells where they grow.” (T cells are also key players in a healthy immune system.) Again, the treatment is delivered directly into the abdomen — a first for this drug — on a four-weeks-on/four-weeks-off schedule.

“Our goal is to prevent cancer recurrence and, if it works, that ultimately this will become a treatment that women could give themselves at home,” she says.

With only four women in the trial so far, Geller continues to recruit additional patients.

Geller credits the U’s unique blend of translational research laboratories, a pharmaceutical-grade manufacturing facility, and dedicated oncology clinics for not just developing the treatments and bringing them to patients, but also for changing and adapting the treatments quickly as researchers make new discoveries in the lab. 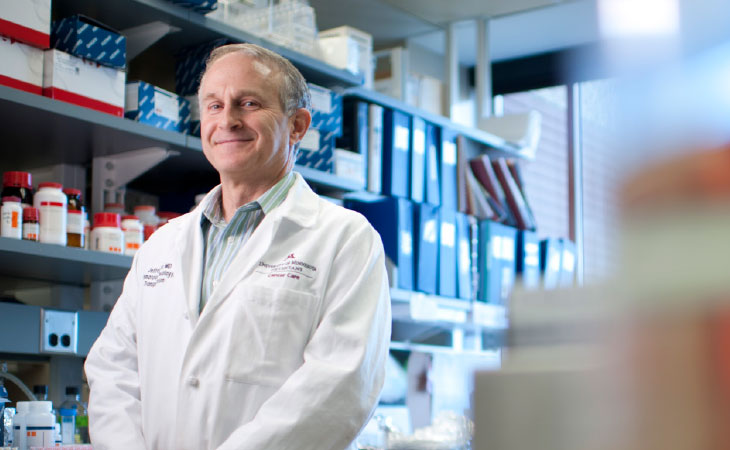 The next big push

While current treatments for ovarian cancer attack the disease from the outside, trials underway now take the fight to the front lines: inside the body, where the battle is being waged on a cellular level.

While immunotherapy has fundamentally changed the landscape of cancer treatment, it’s massively expensive to develop personalized cell therapies derived from donors for every patient. So researchers have been busy in recent years trying to create a one-size-fits-all treatment that is both effective and affordable.

According to Miller, who is director of the Masonic Cancer Center’s Cancer Experimental Therapeutics Initiative, that’s the next step — and it’s already well underway at the University.

“Working with Fate, our next big push is to develop an off-the-shelf NK cell therapy product,” he says. “We know how to make pluripotent stem cells (adult cells that are genetically reprogrammed) into NK cells, so now we have the opportunity to make a big batch of hundreds of doses.”

Using that approach, Miller explains, doctors could simply go to the freezer, remove a dose, and administer it to a patient: faster, cheaper, and, ideally, every bit as effective as those painstakingly manufactured personalized treatments. That’s what Miller aims to confirm when he treats his first patient in a new trial that he expects to start later this year.

Meanwhile in the lab, Miller’s next major project is creating a new type of NK cell that is hyper-focused on ovarian cancer. Will NK cells designed to have extra specificity be even more effective in their search-and-destroy mission? That’s what Miller and his team aim to find out.

After more than two decades in the field and a lot of pioneering research behind him, Miller believes this work can spur a revolution in cancer treatment.

“One thing I’ve seen in my many years doing this work is that pharmaceutical companies only invest with a goal of commercializing treatments if they think it’ll be a game-changer,” he says. “And they’re investing.”

If all goes well in the upcoming trial, Miller says, best-case scenario, they could have a commercial cell therapy ready to be used in the clinic in five years.

“Five years is quick,” he cautions, “but this field is moving quickly.”

For the ovarian cancer patients that Geller sees in clinic every day, the prospect of an effective cell therapy is a ray of hope.

“I’m so grateful for the mentorship I’ve gotten from Jeff [Miller] and all the work he and his team have done to develop this cell therapy,” says Geller. “And I’m especially grateful that now women with ovarian cancer can benefit, too.”

Contact Lacy Moser of the University of Minnesota Foundation at 612-625-6495 or lmoser@umn.edu to find out how your support can make a difference in this work. 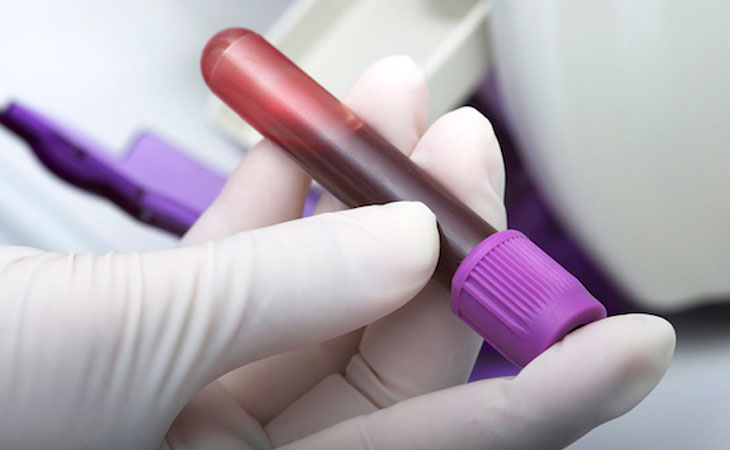 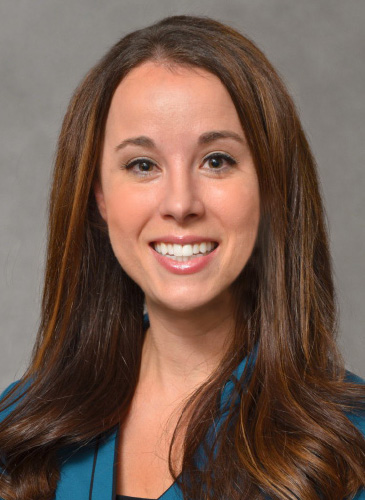 Cytomegalovirus, or CMV, infects more than half of all adults by the time they turn 40. For most people with healthy immune systems, the virus causes no signs or symptoms.

But for women who have ovarian cancer, the virus has unknown — and potentially important — effects on their treatment and quality of life. Researchers suspect that CMV reactivation may be an unrecognized complicating factor in the treatment of ovarian cancer that could affect both immune function and outcomes.

Now, with support from two Department of Defense grants, researchers at the University of Minnesota are investigating how CMV reactivation affects women who have ovarian cancer during the course of their disease.

The same team, this time led by Nelson, was also awarded a $385,000 pilot grant to study the CMV–ovarian cancer interaction over an extended period of time.

“By understanding how the virus is impacting symptoms and treatment, we can design interventions to improve outcomes and quality of life,” Nelson says. 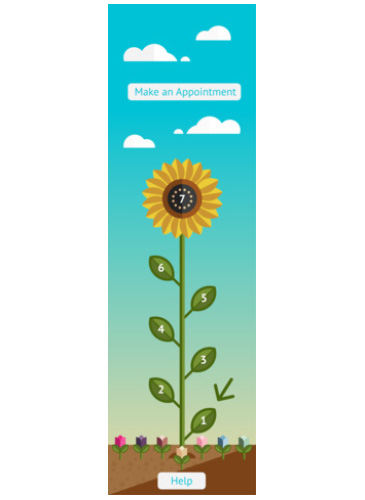 How do you get women who’ve been diagnosed with ovarian cancer to undergo genetic testing? It’s a surprisingly hard sell, says University of Minnesota Health gynecologic oncologist Melissa Geller, M.D.

Sometimes women are concerned that their insurance won’t pay for genetic counseling, while others are fearful of what they might discover. What if they find out that they carry gene mutations like BRCA1 or BRCA2, which increase risk of breast and ovarian cancer? And, if they do carry a mutation, they fear they may have passed it along to their children. Sharing that news with your kids is tough.

Geller decided to tackle the information barrier with an app. With funding from the Department of Defense, she developed mAGIC (mobile application for genetics in cancer), a seven-day educational app designed for women who have ovarian cancer who haven’t gone through genetic counseling.

To determine whether the app was effective in convincing women to seek genetic testing, Geller gave one group of women an informational pamphlet, while the other group had access to the app.

“Women who used the app learned more about hereditary ovarian cancer and were more apt to talk with family members about it,” Geller says. “It’s a potentially very powerful tool.”

It’s also more important than ever to get women tested. “We now have drugs that have been shown to improve survival in women who are BRCA-positive,” she says, “so testing is critical.”

While the first version of mAGIC performed well, Geller now wants to take it to the next level. With the help of philanthropy, she plans to update it to keep getting information out to at-risk women and their family members.

Find out how your gift can help to develop the next-generation mAGIC app by contacting Lacy Moser of the University of Minnesota Foundation at 612-625-6495 or lmoser@umn.edu.

A Phase I clinical trial has opened to test a new treatment for recurrent and refractory osteosarcoma.