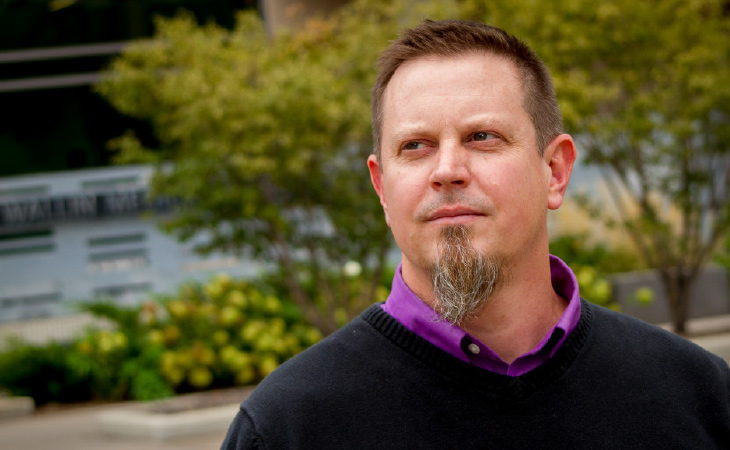 The Medical School’s David Masopust, Ph.D., has been named to the inaugural class of Howard Hughes Medical Institute (HHMI) Faculty Scholars, in recognition of his dedication to creative and innovative solutions in science.

An associate professor in the Department of Microbiology and Immunology and a Masonic Cancer Center member, Masopust is focused on immunosurveillance research and how resident memory T cells control infections and cancer.

Eighty-four scholars were selected for the honor out of more than 1,400 applicants.

“This recognition of Dave’s work puts him in a class with some of the most elite investigators in the nation,” says Tucker LeBien, Ph.D., vice dean for research in the Medical School and associate vice president for research in the U’s Academic Health Center. “His fundamental research on immune cell function has changed the field in incredible ways, and this program will only provide more opportunity for discovery.”

Masopust’s recent work includes a new model of mice called “dirty” mice, which are designed to mimic the adult human immune system in the unhygienic real world, as well as investigations into how the immune system patrols the body for detection of infected and cancerous cells.

The Coventor, an FDA-approved low-cost ventilator, is one of more than 40 projects supported by a U of M grant program encouraging COVID-19-related discoveries.

After developing diagnostic and antibody COVID-19 tests, the U joins forces with the Mayo Clinic and the state to reopen Minnesota safely.

Medical School Dean Jakub Tolar, M.D., Ph.D., reflects on the U of M’s “truly extraordinary” response to the COVID-19 pandemic.