Honoring a legacy of innovation and healing 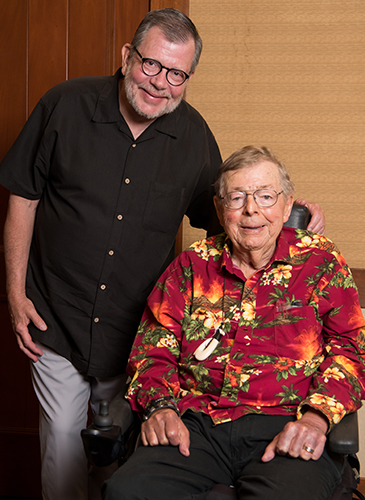 Two mold-breaking University of Minnesota centers now bear the name of a pioneering alumnus. In recognition of his support of the University and his field-shaping legacy, the interdisciplinary centers are now known as the Earl E. Bakken Medical Devices Center and the Earl E. Bakken Center for Spirituality and Healing.

Shortly after he graduated from the U in 1948, Bakken founded Medtronic Inc., which later became one of the world’s largest medical device development companies. Bakken worked closely with U scientists, engineers, and health care providers over the course of his career.

He also has a unique appreciation for both the art and science of health care, as demonstrated by his long-standing support for the Center for Spirituality and Healing, which is focused on research, outreach, and education related to integrative health and well-being.

Bakken has received honorary degrees from several universities, including the first and only M.D. Honorary Causa from the U’s Medical School, in 2007.

“Renaming these centers is our way of honoring the spirit of discovery and innovation that Earl Bakken has instilled in everyone he has encountered through his work at the University,” says University of Minnesota President Eric Kaler, Ph.D. “His efforts have helped us become leaders in finding new ways to promote health and healing in the communities we serve.”

The University research community successfully competed for a record $793 million in external funding in 2018.