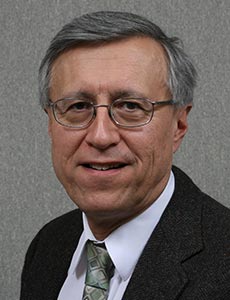 Alan Johns, M.D., M.Ed., was one of the first students at the University of Minnesota Medical School’s Duluth campus more than 40 years ago, and in July he became its interim dean.

“I’m certainly excited. I’ve had connections with this school since I was 20 years old,” says Johns, who also has served as assistant dean for medical education and curriculum since 2011.

Johns succeeds former regional campus dean Gary Davis, Ph.D., who announced in April that he was stepping down.

Since it opened, the Duluth campus has turned out more than 1,700 medical doctors, many in rural and Native American communities — two of the school’s stated areas of focus.

“You could go to any small town and find two or three physicians who are former UMD students,” says Johns, who also is an internist at Essentia Health in Duluth.

The search for a permanent regional campus dean is under way; a decision is expected in the spring.