Glen Nelson: The loss of a health care innovator 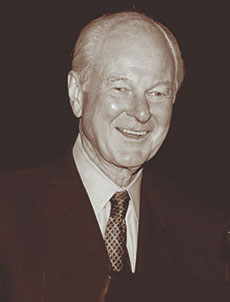 Glen Nelson, M.D., a University of Minnesota Medical School alumnus who made substantial contributions in health care delivery and the medical device industry throughout his career, died May 14 at age 79. Nelson tirelessly sought to improve health care outcomes, whether for one patient in his care or the hundreds of thousands who benefit from medical innovation.

After earning his medical degree in 1963, Nelson completed his general surgery training at Hennepin County General Hospital (now Hennepin County Medical Center) in Minneapolis. He practiced surgery for 17 years, including 11 years as chairman, president, and chief executive officer of the Park Nicollet Medical Center. He was also a clinical professor of surgery at the University of Minnesota. In 1988, Nelson became vice chairman of Medtronic Inc., serving in that role until his retirement in 2002. Asked to describe the transition from doctor of medicine to business executive, he stated, “As a surgeon, you save one life at a time, but with medical devices, you know you are saving so many more.”

Nelson helped pioneer and lead Medtronic innovations in heart rhythm therapies, from pacemakers to defibrillators, heart valves, and stents. After retiring from Medtronic, he founded GDN Holdings, focusing his expertise on health care start-up ventures. His reputation as a health care innovator and forward thinker was evidenced by his abundant board service, which included advising multiple community organizations, academic institutions, nonprofit organizations, and corporations over the years.

As a surgeon, you save one life at a time, but with medical devices, you know you are saving so many more.

Scott Ward, chief executive officer of Cardiovascular Systems Inc., called Nelson “an extraordinary world leader in health care. He had boundless enthusiasm to improve the human condition. Whether it was improving the quality of life or saving lives, he knew about cardiac, brain, and spinal cord stimulation; orthopaedics; and cardiology. His interests spanned nearly all of medicine.”

Nelson, who received numerous awards for his achievements, was presented with the University of Minnesota Outstanding Achievement Award in 2008 and was named a 2013 Harold S. Diehl Award recipient by the Medical Alumni Society.

Nelson is survived by his wife, Marilyn Carlson Nelson; 3 children; 6 grandchildren; and 3 step-grandchildren.