Make no mistake: A strong medical school makes for a strong Minnesota. The University of Minnesota Medical School and its partners contributed more than $2.5 billion to the state’s economy in 2010, according to a 2015 report by Minnesota Gov. Mark Dayton’s blue ribbon commission on the Medical School. Its doctors and students care for more than l million people annually — spanning every county in Minnesota.

“The University belongs to Minnesotans, and its primary responsibility is to improve their quality of life,” says Medical School Dean Jakub Tolar, M.D., Ph.D. “One of our most critical contributions is our medical and scientific research, through which we are able to improve health outcomes, stimulate new business development, create jobs, and help make Minnesota a better place to live.”

So when Dayton signed the higher education funding bill in 2015, a groundswell of excitement began building at the University. Dayton had signed off on an unprecedented $30 million investment in the Medical School — $15 million annually for two years — that would allow the U to hire as many as 50 top-ranked scientists dedicated to addressing some of Minnesota’s most pressing health care priorities.

“The ability to focus on problems that are of significant concern to Minnesotans is incredible,” says Tolar, who also serves as the U’s interim vice president for health sciences. “With this committed funding, we are able to attract the best and brightest researchers and position them for success.”

Getting from better to best

The idea of building dedicated research cohorts comprising the investigators at the forefront of their fields — the new Medical Discovery Teams (MDTs) — grew out of Dayton’s blue ribbon commission on the Medical School. The commission recommended this investment strategy as one of the best ways to both strengthen the Medical School and benefit the state.

To make the most of the dollars, the Medical School’s first step was to do a kind of in-house triage, an evaluation of which already strong research cadres could be jump-started from strong to world-renowned. After the vetting process, the Medical School identified four areas of focus: addiction, the biology of aging, rural and American Indian health disparities, and optical imaging and brain science.

“We identified these areas because they significantly affect quality of life in Minnesota,” explains Tolar, “but also because we had a strong foundation already in place to build from. We can have maximum impact in these areas now and be in a position to lead these fields in the future. That is an exciting place to be.”

More than 30 University faculty, working in eight different departments from neuroscience to pharmacy, are already focused on studying addiction, a brain disease considered to be the No. 1 preventable cause of death in the United States. Drug overdose deaths in Minnesota alone rose 11 percent from 2014 to 2015, according to the Minnesota Department of Health.

“We all know there’s a crisis with drug addiction in the U.S.,” says Timothy Ebner, M.D., Ph.D., head of the Medical School’s Department of Neuroscience and holder of the Max E. and Mary LaDue Pickworth Endowed Chair in Neuroscience. “But the strong argument we’re making is that the law-enforcement approach, which has so far cost $1.5 trillion, is not working. Addiction is a biomedical problem, requiring science-based solutions.”

Ebner, interim director of the Addiction MDT, has already hired four new faculty members who will be headed to the U by year’s end; a new Center for Addiction Neuroscience has also been established to unite the addiction research community.

“The future looks very bright here for our work on addiction,” says neuroscience professor George Wilcox, Ph.D., a longtime U of M researcher whose team recently identified a pair of analgesics that, when given together, provide pain relief but aren’t addictive — an exciting discovery now in preclinical development. “We’re looking forward to the arrival of our new colleagues and even more collaboration in tackling this tough issue.”

Part of the MDT strategy was to increase synergy between related research groups, so it made sense to develop an Optical Imaging and Brain Science MDT, a group of researchers who can interact with the Addiction MDT.

Prakash Kara, Ph.D., the first hire in the Optical Imaging and Brain Science MDT, is working closely with established U faculty and the new MDT recruits to produce a dynamic picture of the functioning brain by developing and applying improved methods of optical imaging.

“In many diseases — like Alzheimer’s, vascular dementia, addiction, schizophrenia — the wiring of the brain is disrupted,” says Kara. “As we revolutionize our understanding of the human brain, we’ll ultimately make progress in our ability to intervene and impact those diseases.”

As he explains, the state funding for the Optical Imaging and Brain Science MDT creates an almost unparalleled opportunity for researchers.

“To people outside the academic world, this might sound like just a restructuring of faculty,” he says. “But getting legislative support that allows us to bring in new researchers that complement existing faculty at the U … this will create a very exciting, cohesive team of optical researchers. I haven’t seen this kind of opportunity at any other institution in the U.S.”

Kara’s first MDT colleague, Gordon Smith, Ph.D., assistant professor in the Department of Neuroscience, is hard at work, too. As he explains, increasing our understanding of how the brain is wired first requires improving the optical imaging technologies that allow scientists to measure neuronal activity in the brain.

“Existing functional magnetic resonance imaging techniques pool neural activity across thousands of cells,” Smith says. “But optical techniques have a resolution of individual neurons or better. And we can manipulate those neurons, turning them on or off. So developing this constellation of optical techniques is key to being able to understand and ultimately treat neurological disorders.”

J. Neil Henderson, Ph.D., executive director of the MDT on rural and Native American health disparities, says his new team, dubbed Memory Keepers, will be working to free Minnesota’s American Indians and rural populations from the disproportionate rates of dementia and diabetes they face.

“Minnesota has huge health disparities between white and American Indian populations, with similar disparities seen in rural communities,” he says. “Dementia and diabetes are two of the worst conditions seen at much higher rates in these groups.”

The team’s name, Memory Keepers, is particularly apt: According to Henderson, it’s common practice in tribes to assign particular members the role of “memory keeper” to help preserve tribal medicines, songs, and stories. “Ultimately, our mission to reduce rates of dementia will help American Indian elders remain lucid as they age,” he says, “enabling them to preserve Native culture by passing along tribal stories to younger generations.”

Like the newly hired faculty working on addiction and optical imaging, Henderson came into an already strong program on the Medical School’s Duluth campus, renowned for its innovative approach to supporting American Indian health professional students and recruiting and training family medicine doctors who go on to work in rural Minnesota. But Henderson’s vision, honed in his native Oklahoma, where he’s a member of the Choctaw Nation of Oklahoma, calls for strengthening those rural community connections even further. He has already recruited six new doctoral-prepared researchers, all of whom will join the faculty by the end of 2017.

Kristen Jacklin, Ph.D., the new associate director of Memory Keepers and a professor in the Department of Biobehavioral Health and Population Sciences on the Medical School’s Duluth campus, has spent recent years looking at dementia and diabetes in indigenous populations in her native Canada.

“Dr. Henderson’s vision is exciting because diabetes and dementia are absolutely connected,” says Jacklin, “and with the team he’s building, we have so many possibilities for innovation and discovery.”

So why is Jacklin, who’s leaving a place she “loves dearly,” pulling up stakes (along with her husband, Wayne Warry, Ph.D., also a newly recruited member of Memory Keepers) and moving her family to Minnesota?

“This is a truly rare opportunity,” she says. “The funding commitment from the state is so significant — it’s a real signal that they’re behind this effort to make an impact on the health of indigenous Minnesotans.”

The fourth MDT addresses a topic that affects us all: the biology of aging.

“What makes an organism age? What are the major genes and proteins involved with the aging process? These are the kinds of questions our researchers are tackling,” explains David Bernlohr, Ph.D., Distinguished McKnight Professor and Cargill Chair in Systems Biology of Human Metabolism, who is leading the effort to recruit new faculty to the Biology of Aging MDT. “It’s about healthspan versus lifespan. What we want to do is live more vibrantly, longer. So can we identify the key factors driving those cellular decisions?”

The U already has a strong cohort of scientists who study aging and, as with the other MDTs, new faculty will fill in the gaps to strengthen the research and move as quickly as possible to translate lab breakthroughs into clinical treatments.

But as Bernlohr notes, medical schools across the country are creating aging-themed institutes, making this a highly competitive field; top researchers are in hot demand. So having the legislative commitment has given the U a much-needed competitive edge.

“We couldn’t be building this aging program, which includes a new Institute on the Biology of Aging and Metabolism, without this legislative support,” says Bernlohr.

For Minnesota’s health and well-being

“Having great research teams in these four key areas provides more opportunities for collaboration and innovation,” Tolar says, “allowing success in one area to move other areas forward at the same time. In this way, we hope to move quickly to improve Minnesotans’ health and quality of life.” 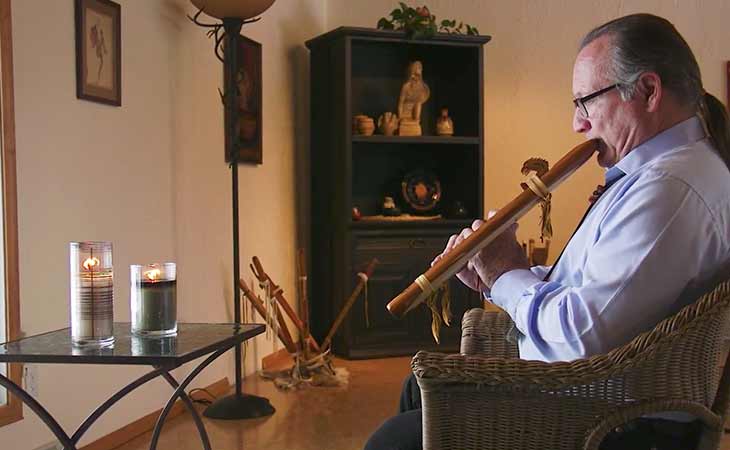 Watch a video about the Memory Keepers Medical Discovery team.

Learn more about all of the teams at z.umn.edu/mdt.