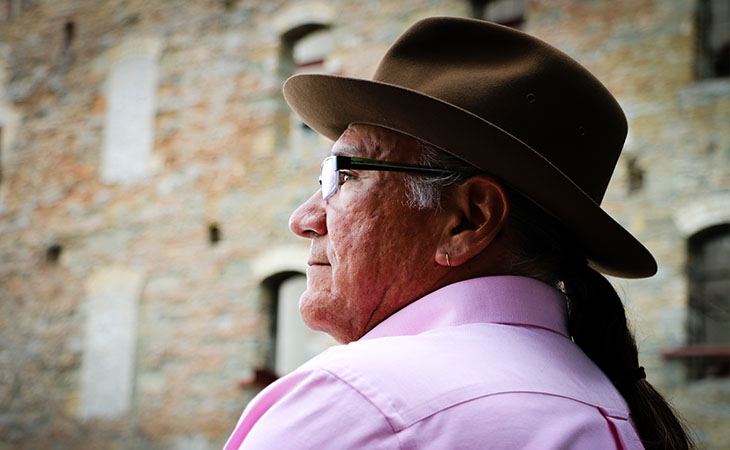 After a challenging childhood, Arne Vainio, M.D., Class of 1994, found his path and his passion in medicine. Now a family medicine practitioner at the Min-No-Aya-Win Human Services Clinic on the Fond du Lac reservation in Cloquet, Minn., Vainio was recently named Physician of the Year by the Association of American Indian Physicians. The organization aims “to pursue excellence in Native American health care by promoting education in the medical disciplines, honoring traditional healing principles, and restoring the balance of mind, body, and spirit.”

The celebrated Mille Lacs Ojibwe doctor — who also has received the Virginia McKnight Binger Unsung Hero Award and the Early Distinguished Career Alumni Award from the U’s Medical Alumni Society — traversed a rough road to success. When Vainio’s father committed suicide, his mother often had to leave the 4-year-old Vainio and three siblings in the care of their eldest sister, who was 6. During one of these times, the five youngsters accidentally burned down their home in Sturgeon, Minn., while playing with matches.

Despite the hardships, Vainio managed to enroll as an undergraduate at the University of Minnesota Duluth after finishing high school. The transition to college was difficult, however, and after a few semesters of achieving low grades, he dropped out and started working construction. Vainio was in and out of college from 1976 to the mid-1980s, working a variety of jobs.

After witnessing a neighbor’s sudden death, he enrolled in an emergency medical technician training program, which led to a three-year stint as a paramedic in Virginia, Minn. Vainio then returned to Duluth — this time to finish college and pursue a medical degree. Having achieved top marks in medical school, he headed west for his residency at the Seattle Indian Health Board.

From there, Vainio moved back to Duluth and started working on the Fond du Lac reservation in 1997 and has served the Ojibwe community’s medical needs ever since.

“All I ever wanted to do was Indian health,” he told Indian Country Today. “There are future doctors among us; some of them are only 4 years old now. I want to find them before they choose a different path.”

Henry Buchwald, M.D., Ph.D., is recognized for his groundbreaking work in metabolic/bariatric surgery.