As a kid, Fredrick Blaisdell saw firsthand some of the all-too-common health challenges facing American Indian and Alaska Native people across the country: insufficient access to health care, a dearth of Native physicians to provide that care, and an overall lack of resources available to the community.

“I saw it as a patient and with my family,” says Blaisdell, a member of the Oneida Nation of the Thames who grew up in an urban Native American community near Detroit, Michigan. “We often struggled to get the services we needed.”

That experience was pivotal in his decision to pursue medicine as a career, with the goal of working as a doctor in a Native community. When it came time for Blaisdell to apply to medical school, one place stood above the rest: the University of Minnesota Medical School, Duluth campus.

I wanted to go to a school that included American Indian health as a main focus. When I came to visit campus for my interview, right away it felt like home.

“I wanted to go to a school that included American Indian health as a main focus,” says Blaisdell, a first-year medical student at the Duluth campus and one of six Native American students in his class. “When I came to visit campus for my interview, right away it felt like home.”

The Medical School’s history of success was highlighted by a report released in October 2018 — written by the Association of American Medical Colleges (AAMC) and the Association of American Indian Physicians (AAIP) — that sheds light on the myriad health concerns plaguing American Indian and Alaska Native communities and explores the responsibility that medical schools have to combat these conditions.

“Part of our land-grant mission is to provide care for anyone who lives in Minnesota, and we recognize that some of our greatest health disparities exist within our Native communities,” says Paula Termuhlen, M.D., regional campus dean of the Medical School in Duluth. “We want to understand the challenges these communities have and how we can use our resources to help support them.” 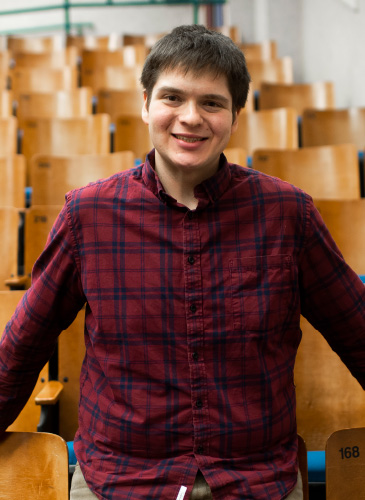 Fredrick Blaisdell, a first-year medical student at the Duluth campus, is a member of the Oneida Nation of the Thames. (Photo: Derek Montgomery)

The AAMC/AAIP report outlines the uniquely daunting set of circumstances that contribute to poor health in Native communities. Historical trauma and continued marginalization in American society have made it difficult for Native people to access high-quality care and have contributed to some of the worst health outcomes in the country.

Native people experience higher rates of many chronic and preventable diseases than other Americans and have a life expectancy that is nearly six years shorter. According to the report, about 25 percent of deaths in Native people occur before the age of 45, compared with 15 percent for African Americans and only 7 percent for whites.

Compounding those factors, the report argues, is a lack of Native physicians and medical professionals serving in these communities. Fewer than l percent of doctors working in the United States in 2016 identified as American Indian or Alaska Native, and the number of Native students applying to medical school across the country remains relatively stagnant at about 200 a year, despite efforts to improve these numbers.

Mary Owen, ’00 M.D., director of the Medical School, Duluth campus’ Center of American Indian and Minority Health (CAIMH) and practicing physician for the Leech Lake Band of Ojibwe, acknowledges that the confluence of issues affecting Native health can be overwhelming. But she says the Medical School is in a unique position to help.

“We have complex problems,” says Owen, a member of the Tlingit Nation. “But we also have solutions.” 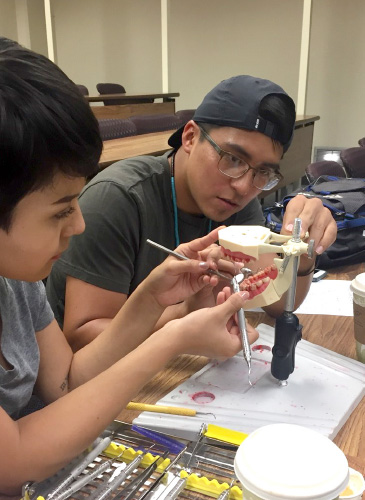 Training the next generation

The most obvious solution is an emphasis on recruiting and training Native physicians, a priority that dates back to Duluth’s first class of medical students. In that class of 24, two were Native students. All told, the Medical School has graduated 177 Native physicians.

“The school has been committed to supporting Native American students for almost 50 years,” says Anna Wirta-Kosobuski, Ph.D., an assistant professor in the Department of Biomedical Sciences on the Medical School’s Duluth campus, who contributed to the AAMC/AAIP report and is a member of the Bois Forte Band of Ojibwe. “The longevity and level of commitment set us apart.”

Owen says the supportive community on campus is a significant reason for the school’s sustained success. CAIMH engages students in Native health issues through programs like the Indian Health Pathway, which supports middle school, high school, and undergraduate students in their pursuit of health-related careers. Another initiative, Native Americans into Medicine, is a six-week summer program for premedical students to collaborate on specific research projects related to Native health.

Through such programs, students  build relationships with their peers, faculty and staff, and the broader Native community in Minnesota, Owen says.

“We’re building a community and we’re letting everyone that we come in contact with know about Native health issues and concerns, Native communities, and our culture,” she says.

Three years ago, and with that challenge in mind, the Medical School introduced a required curriculum for all students that covers Native history, culture, and identity. The thinking, Owen says, is that the more non-Native students know about Native communities — and the health issues they face — the more motivated they’ll be to serve these populations. 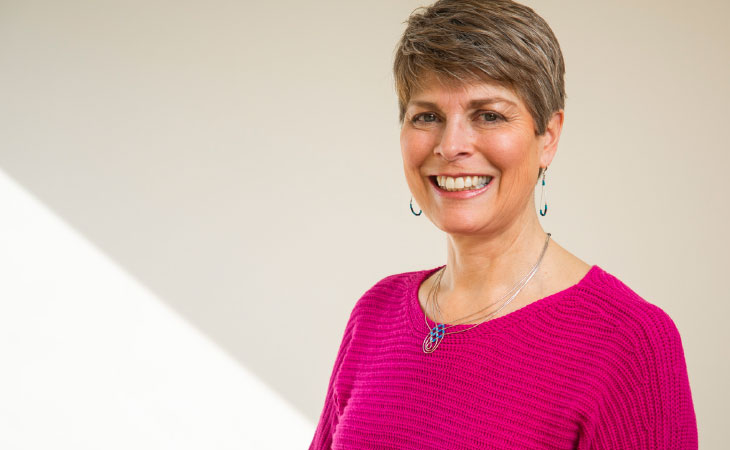 Medical School leaders agree that the school’s responsibility to Native health goes beyond training the next generation of physicians, because the disparities in these communities go beyond health.

One area that the Medical School has targeted in recent years is early education. Community-based science initiatives led by Wirta-Kosobuski have brought fun and engaging science activities to elementary school children in Native communities in Minnesota.

“The thought behind working with the young children is that by the time they reach even middle school, it can be too late to effectively address student needs and provide interventions that promote educational success,” Wirta-Kosobuski says. “By third grade, many Native American children have not made it to the benchmarks where they need to be in order to move on.”

The statistics back up her assertion: In Minnesota, the high school graduation rate among Native American students stands at only 50 percent.

“That’s what pushed me toward working with the young children. They have a natural curiosity, and, ideally, we can reach them before they start to lose interest in the excitement of learning,” Wirta-Kosobuski says. “The goal is that they’ll graduate from high school, and move on to postsecondary education. The long-range goal is that they go into some sort of science career, which would be a huge bonus.”

Termuhlen calls the idea of addressing education shortcomings at the earliest opportunity an “aha moment” for the Medical School.

“We realized we have to take a step even further back and start to engage,” she says. “If we were to follow those students into the future, how many of them get through high school? Can we start to budge that high school graduation rate? We know educational successes will translate into economic successes, and that supports improvement in health outcomes.”

And, as Owen notes, if more Native students are going to college, how many might pursue careers in health-related fields? 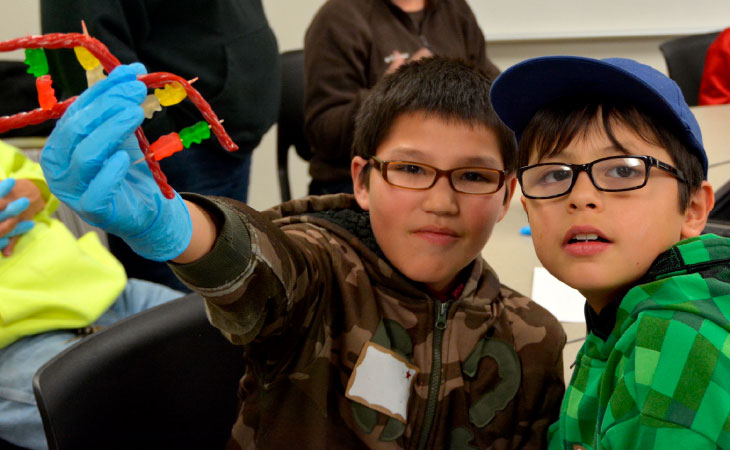 ‘Nobody gets here on their own’

For all of the innovative programs the Medical School has developed to address Native health issues, it’s how the Native community has become an integral part of Duluth campus’ DNA that makes Owen most proud. It’s a community that embodies Native values, she says.

“We want this to be like a Native community, which is not built on individualism, but just the opposite,” she says. “It’s built on supporting one another, believing that we’re all connected, and that we all help one another. Nobody gets here on their own.”

That full-circle ethos is evident in efforts like Wirta-Kosobuski’s early education outreach initiative. It’s also reflected in mentorship opportunities that offer medical students a chance to shadow and work alongside practicing Native physicians in those communities.

Lacey Running Hawk, ’13 M.D., a member of the Standing Rock Lakota and a family medicine physician for the Mille Lacs Band of Ojibwe, says those experiences in medical school continue to shape who she is as a doctor today.

“The strong community on campus and that cultural connection reminded you why you were meant to do this, and it motivates you to keep going,” recalls Running Hawk, who shadowed Native physicians and volunteered in Native communities while in medical school. “Having the mentorship from Native physicians, it also gives you the heart to want to be that mentor to others.”

“We have this idea that you are where you are because somebody reached back and helped you,” Running Hawk says. “And now it’s my responsibility to do that for the next generation.”

Make a gift to the Center of American Indian and Minority Health today, or contact Elizabeth Simonson at esimonso@umn.edu or 218-726-6876 for more information.

Number of Native physicians practicing in the U.S. — less than 1 percent of the physician workforce

Number of AI-AN students in the Duluth campus’ first enrolled class of 24 students, in 1972

Years Native Americans into Medicine, a summer enrichment program at the Duluth campus for Native American and Alaska Native premedical students, has been held

Percent of Duluth campus faculty who are AI-AN individuals

A mentoring program in North Minneapolis helps kids and teens picture themselves in health careers.