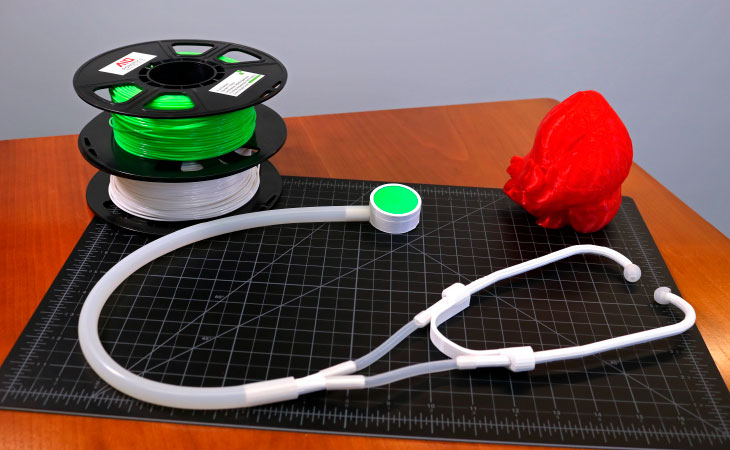 A quality stethoscope for $5?

If it seems like 3D printing is everywhere these days, that’s because it is. And it’s good for more than simple modeling, as the U’s Bio-Medical Library Makerspace is demonstrating.

Last year PLOS One published an article by researchers who 3D-printed a functional, low-cost stethoscope. The research team says their 3D-printed stethoscope was comparable to the Littmann Cardiology III — which retails for about $100 and was the industry standard until the newest model was introduced in 2016 — and can be made for about $5.

They designed the stethoscope components using open-source computer-aided design tools and made all the project files —from the original models to the printable parts to sound files used to test the stethoscope — freely available via a GitHub repository. The effort was part of a larger research project to design open, printable, and validated devices, including otoscopes, tourniquets, and pulse oximeters.

Parts for the stethoscope were printed at Makerspace using an Original Prusa i3 Mk3 printer. The stethoscope took about four hours to print and used 57 grams of PLA plastic that cost $1.72. The nonprinted parts (earbuds, silicone tubes, and a thin plastic sheet) were all generally inexpensive and easily found. Assembly took less than 15 minutes.

“Some of the greatest challenges in health care today are access and affordability. Our students (and future physicians) need to learn to think critically and creatively, question assumptions, and find new solutions,” says Jonathan Koffel, a member of the U Libraries team that 3D-printed and assembled a stethoscope. “This is a great example of taking an iconic tool and using off-the-shelf technology to make an on-demand version that gives most of the functionality at a small fraction of the price.”

The plans are freely available online and could be especially useful in resource-poor settings, Koffel adds.

Research teams have 3D-printed functional stethoscopes comparable to the Littmann Cardiology III for a small fraction of the price. (Photo: Allison Thompson) 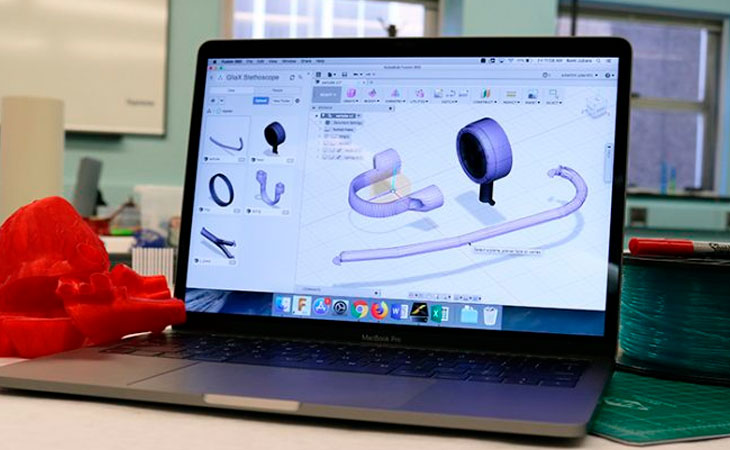 Find the printing instructions at z.umn.edu/stethoscope.

Support medical students on Give to the Max Day

A generous Medical School alumnus is offering a dollar-for-dollar match.

As construction clips along on the U’s new Health Sciences Education Center, alumni are finding motivation to “give forward.”