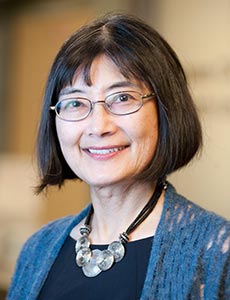 Would reducing the amount of nicotine in cigarettes curb addiction? Signs point to yes, according to a study published in the New England Journal of Medicine in October.

Researchers involved with the double-blind, yearlong study of 840 smokers at 10 sites across the United States, including the University of Minnesota, provided participants with cigarettes that either matched the nicotine levels of their preferred brand, or switched them with one of five investigational cigarettes with lower nicotine levels. The nicotine reduction ranged from 66 percent to 98 percent.

On average, participants given lower-nicotine cigarettes smoked less per day at the end of the six weeks. “Cigarettes with lower nicotine content, as compared with control cigarettes, reduced exposure to and dependence on nicotine, as well as craving during abstinence from smoking,” the study’s authors wrote.

Quit attempts were most likely to occur when the nicotine content dropped to 0.4 mg per gram of tobacco, says the study’s senior author, Masonic Cancer Center member Dorothy Hatsukami, Ph.D., holder of the Forster Family Chair in Cancer Prevention. That level (roughly 2 percent of the nicotine dose found in a regular cigarette) no longer delivered enough nicotine to the brain to make smokers want to smoke more cigarettes.

“If you reduce dependence on cigarettes, then you are likely to reduce the number of people who smoke,” she says.

Hatsukami’s group is now looking at whether it would be best to reduce nicotine content in cigarettes to minimally addictive levels immediately or more gradually. Then, she adds, with the mounting research data, it will be up to the U.S. Food and Drug Administration to decide if, when, and how to enact standards for lower nicotine levels in cigarettes.

Can we turn back the clock on aging?

U scientists are discovering drugs that may keep people healthy and vibrant longer by disrupting the aging process.