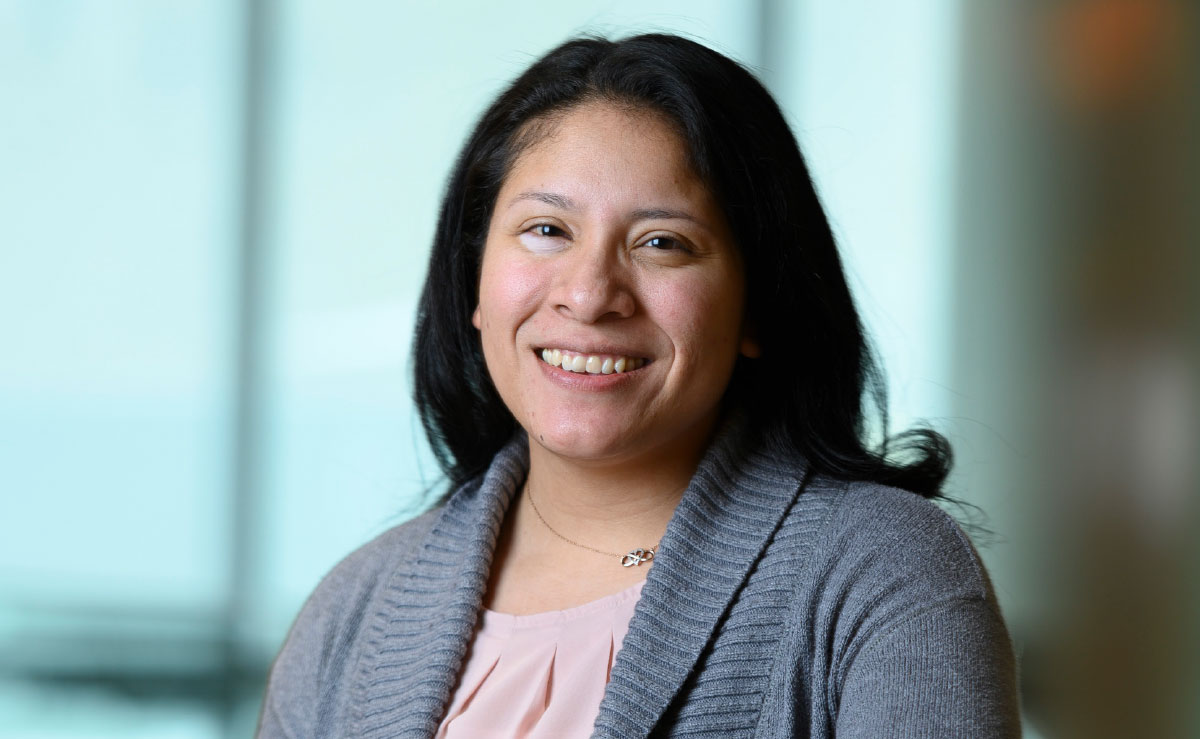 Medical school is grueling for everyone. But imagine being the first person you know who has taken on this daunting training and doing it with three young children while living thousands of miles away from family and friends.

Such has been the daily reality of Tina Cifuentes, who graduated from the University of Minnesota Medical School this spring, and is headed for a pediatric residency at Loma Linda University Medical Center in California.

Cifuentes, the daughter of Guatemalan immigrants, grew up in Arizona and Southern California among people just trying to get by. The idea of attending college, much less medical school, was not on their radar.

Yet Cifuentes, the second-youngest of seven siblings who spent their early U.S. years in a one-bedroom apartment in Torrance, California, had always done well in school and loved math.

I want to be a doctor to Latinx kids, but I also hope to serve as a role model. I was usually the only Hispanic person interviewing at medical schools and for residencies. I want to show them, ‘I was like you once.'

And she had a powerful family story driving her on, pushing her to become a doctor. Before Cifuentes was born, her family lived in the countryside outside Escuintla, Guatemala, near the El Salvador border. One day her sister, then 6 months old, developed a fever that wouldn’t go away. Desperate, her mother wrapped up the baby and set off on foot to the nearest clinic — more than an hour away.

By the time she got there, the baby had died. When Cifuentes heard this story as a child of 6 years, she thought, “This shouldn’t happen anywhere. When I grow up, I am going to start a clinic in this village, so no one else has to die.”

And she quietly nurtured that vow (ultimately envisioning a mobile clinic) through multiple moves and school changes, after her mother’s death in a car accident when Cifuentes was 11, and despite very little encouragement from teachers or guidance counselors. “I loved learning and made good grades, but the adults at school didn’t really help me,” she says. “All my drive was internal.”

When she reached high school, the Google search engine became her savior, Cifuentes says. “I Googled everything: about SATs and pre-SATs, how to register, how to apply for a fee waiver, and later how to apply to colleges and for financial aid. I discovered all this on my own. I learned to rely on myself.”

Later, while she powered through two years of community college and three more years as a math and applied science major at UCLA, she also relied on her husband, Rudy, who worked as a carpenter and cared for the couple’s three children.

After college, Cifuentes spent two years at home with the kids — now 11, 9, and 7 — and then started applying to medical schools. Her MCAT score was good, but her grades did not reach the stratospheric heights asked of most would-be med students. Every California institute she applied to denied Cifuentes admission.

But when she applied to the University of Minnesota Medical School, not only was she accepted, she was granted in-state tuition and several scholarships, which over the years have included the Future Physicians Scholarship, Dr. William H. Knobloch Scholarship, and Alpha Epsilon Iota Endowed Scholarship.

“I will always be grateful to the University of Minnesota Medical School for taking a chance on me,” she says. “I felt immensely grateful that there was a group of people who thought I was worth helping.”

Cifuentes didn’t see much of her children during the intense first two years of coursework. But they talked together as a family about what Mom was trying to achieve and why, and “everyone has cooperated really well,” she says.

Now their sacrifices will be rewarded with a return to California for her residency, something the entire family — except for Cifuentes —really wants. “I love the seasons and the snow and Minnesota,” she says. “But it’s important for the rest of the family to be back living near our relatives.”

“I want to be a doctor to those kids and develop a relationship over time with them, but I also hope to serve as a role model,” she says. “I was usually the only Hispanic person interviewing at medical schools and for residencies. I want to show them, ‘I was like you once.’”

And she had one more residency requirement: a global health elective that allows residents to work anywhere in the world. For Cifuentes, of course, that will be southern Guatemala, near her family’s Escuintla home.

“I plan to establish contacts there and make something happen,” she says. “I will find a way to start that mobile clinic.”

To make a scholarship gift or to learn more, please contact Carrie Albers of the University of Minnesota Foundation at albersc@umn.edu or 612-626-8481.

Inspiration in a crisis

In their own words, U of M medical students share moments of hope and optimism during the COVID-19 pandemic.