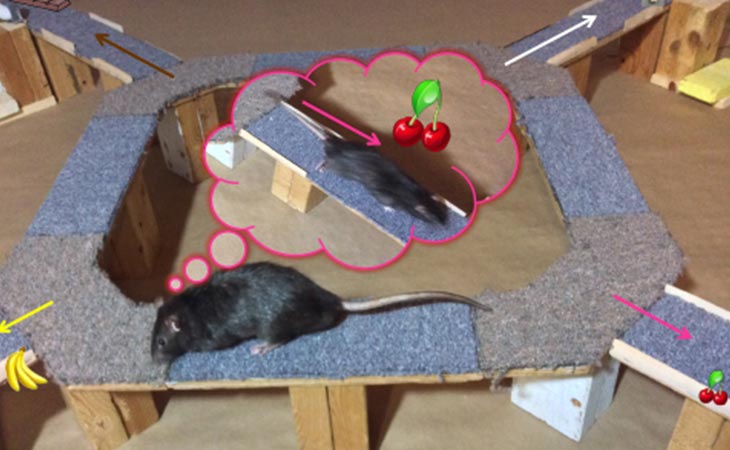 When graduate student Adam Steiner walked in and announced, “My rats are expressing regret,” Department of Neuroscience professor A. David Redish, Ph.D., could hardly believe it.

Redish uses rats to probe fundamental mechanisms of decision-making and sees no reason other animals’ brains shouldn’t resemble humans’. But the idea of regret in rats still came as a surprise, and it required solid evidence — which he and Steiner have now supplied.

In June the researchers reported in Nature Neuroscience that rats can recognize when they’ve made a bad choice and change their behavior in response. That, says Redish, is the essence of regret. And it means rats may act as stand-ins for humans as researchers probe how the brain makes decisions.

Read more about the experiment at z.umn.edu/ratregret.

A University of Minnesota study evaluating a new homegrown drug is resulting in improved survival rates for dogs with cancer.