U molecular biologist brings home one of science’s top prizes 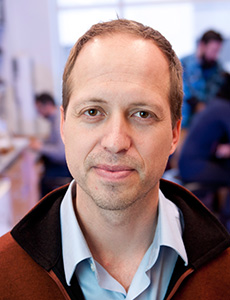 Masonic Cancer Center member Reuben Harris, Ph.D., joined an elite circle of scientists in May when he was named by the Howard Hughes Medical Institute (HHMI) as an HHMI Investigator.

With the award, Harris, a professor of biochemistry, molecular biology, and biophysics, will receive a full salary, benefits, and a research budget over his initial five-year appointment that’s intended to allow him the creative freedom to take his research to the next level or in new directions. Harris’ appointment may be renewed for additional five-year terms, each contingent on a successful scientific review.

Harris studies the physiological and pathological functions of a family of DNA-mutating enzymes known as “APOBECs,” and his work illuminates the role that these enzymes play in boosting the effectiveness of immune responses to cancer, and in spurring the growth of cancer cells themselves.

“The most important factor in meaningful science is flexibility,” Harris says. “I’m thrilled to have HHMI support because it will enable my lab to push current frontiers and explore new paths that are not yet visible. For instance, we have discovered that at least one of these enzymes promotes tumor evolution, and we are extremely excited about dissecting the underlying mechanism and leveraging this knowledge to improve cancer therapies.”