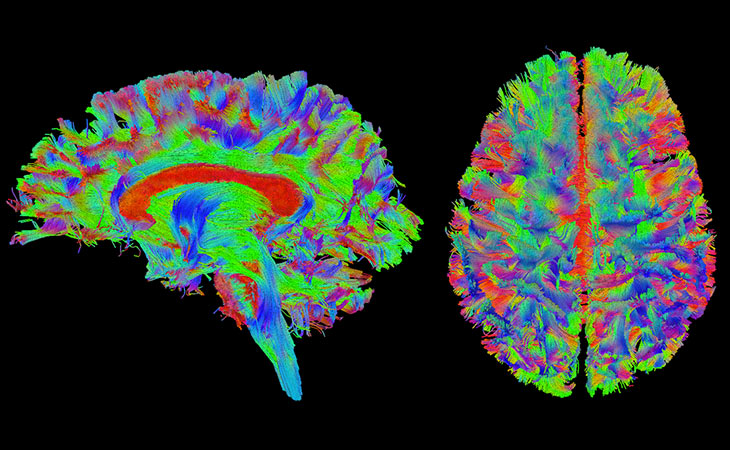 Researchers at the University of Minnesota’s world-renowned Center for Magnetic Resonance Research (CMRR) were awarded a $6.9 million grant from the National Institutes of Health (NIH) to continue their efforts to map human brain connectivity as it relates to aging and development as part of the Lifespan Human Connectome Project.

The mapping techniques we created are truly transformative, allowing us to better understand how the brain is organized and connected.

The grant includes $3.6 million to investigate the structural and functional changes that occur in the brain during typical aging and $3.3 million to map the development of brain structure and function from early childhood into adulthood. Both projects will use sophisticated, noninvasive magnetic resonance imaging scanning.

The CMRR also participated in the Human Connectome Project (HCP), a large brain mapping research initiative funded by the NIH five years ago.

“The mapping techniques we created in the HCP are truly transformative, allowing us to better understand how the brain is organized and connected,” says CMRR director Kamil Ugurbil, Ph.D. “With these new techniques, we are now in a position to ask about how the brain develops and changes over time, and how it is altered in diseases.”

The state-of-the-art neurosurgical operating suite will make Minnesota home to some of the world’s most technologically advanced surgical capabilities.

New companies are helping Medical School discoveries reach the patients and clinics they were designed to serve.