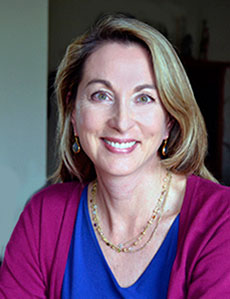 Internationally recognized schizophrenia physician-scientist Sophia Vinogradov, M.D., in August took over as the new head of the Medical School’s Department of Psychiatry.

Vinogradov is studying the use of cognitive training and other approaches to improve neural system function in the brains of people who have mental illnesses. She has pioneered the use of cognitive training exercises that specifically target deficient areas in the brain to restore more normal neural system functioning. With early intervention in young people who are struggling with their first symptoms of mental illness, she is hopeful that information-processing abnormalities can be slowed down or reversed with cognitive training, perhaps in many cases without the need for medication.

“This starts to open a revolutionary new path in psychiatry,” says Vinogradov, “one in which we focus on prevention, preemption, and the reversal of a potentially deteriorating course.”

Dr. Vinogradov is the right leader to implement the highest standards of ethical research; and to build a new culture of trust and cooperation.

The hire is a high-stakes one, as the University moves forward with important reformations to its policies on protecting human research participants, especially those who have diminished mental capacity, says Medical School Dean Brooks Jackson, M.D., M.B.A.

“Dr. Vinogradov is the right leader to move reforms forward; to implement the highest standards of ethical research; and to build a new culture of trust and cooperation as the department works to develop innovative, state-of-the-art programs of care for patients, and to conduct important scientific investigations that will lead to better outcomes for those with mental illness,” Jackson says.