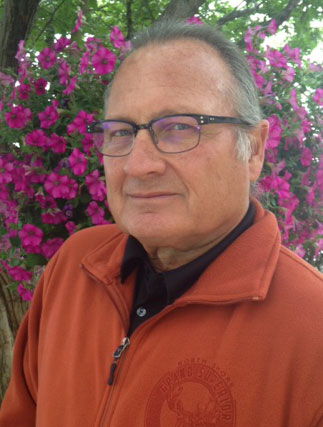 I am proud to announce that J. Neil Henderson, PhD, has accepted the role of Medical Discovery Team (MDT) Leader focusing on health equity, rural health access, and American Indian health issues. He will be based on the University of Minnesota Medical School’s Duluth campus and hold a professor appointment in the Department of Biobehavioral Health and Population Sciences. His start date is August 31, 2016.

Dr. Henderson comes to us from the University of Oklahoma’s College of Public Health where is currently the Edith K. Gaylord Presidential Professor and Director of the American Indian Diabetes Prevention Center. He is a member of the Choctaw Nation of Oklahoma and his background is in medical anthropology. His major research projects have revolved around Native American health and taken a multi-faceted approach to evaluating and understanding the biomedical, clinical, cultural, and socio-behavioral aspects of illness. In particular, his research has led to useful discoveries around diabetes, dementia, and facial paralysis among native people.

About his decision to come to the University, Dr. Henderson says, “The UMN has an enormous amount of depth in its research capacity, both in terms of equipment and expertise. I believe some real progress can be made here very rapidly.”

The significance of this hire can’t be overstated. An MDT leader must be carefully sought after and I thank Head of Biobehavioral Health and Population Sciences James Allen, PhD, and Regional Campus Dean Paula Termuhlen, MD, on their efforts to hire for this role.

Upon arriving at the Duluth campus, Dr. Henderson will begin to recruit a top team of researchers, plus rely on the existing expertise of faculty across the AHC, to conduct life-changing research on an issue that is critical for the health and longevity of our state’s population.

Dr. Henderson adds, “As we conduct our research, we will collaborate with the natives in Minnesota and its rural population. We won’t plan for them without them.”

With Dr. Henderson on board, we’ve truly passed an important milestone on our way to improving health care and access for rural Minnesotans.

Our next steps are important, but for now I’m exceptionally proud that Dr. Henderson has elected to join us as an MDT leader for health equity, rural access, and American Indian health issues. He’s demonstrated remarkable devotion for this cause throughout his career and I know he will provide thoughtful leadership to guide his team toward real results.