Photo by cottonbro from Pexels

M. Philip (Phil) Luber, MD, joined the Department of Psychiatry and Behavioral Sciences, April 30, on the academic side. He will begin providing clinical services as part of the Coordinated Care Psychiatric Service in primary care clinics in early August 2021.

Dr. Luber had already been partnering with the department as a consultant, helping provide faculty development courses and working on education program development. “In my faculty development courses, I work with them on doing a better job supervising our learners in the clinical setting,” he said. “We explore techniques they can use to effectively supervise and teach the next generation of physicians, even when they’re really busy.”

During his time with UT Health, he was Interim Chair of the Department of Psychiatry from 2013-2015, Associate Dean for Graduate Medical Education, and Chair of the Department of Medical Education. He played a significant role in the creation of a new medical school, UT Rio Grande Valley, which trains doctors to care for a population in South Texas that is more than 90 percent Hispanic. 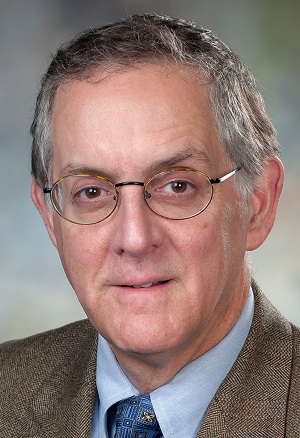 At Cornell Medical College in New York City, Dr. Luber (pictured at left) was director of the first-year course in psychiatry, a member of the leadership team that revised the entire four-year undergraduate medical curriculum, and director of training programs in psychosocial medicine in the Department of Internal Medicine. At the University of Pennsylvania, he was the behavioral scientist in the Department of Family and Community Medicine and founding Director of the Comprehensive Psycho-oncology Service at the Cancer Center. Dr. Luber was also Director of Education and Residency Training in Psychiatry, Associate and Interim DIO and Chair of Graduate Medical Education at the University of Maryland, and Medical Director of Mental Health Clinics for the VA Maryland Health Care System.

Having built extensive experience working with underserved communities, including Black and Hispanic patients and doctors in New York City, Baltimore, and San Antonio, Dr. Luber is excited about being able to continue that work in Minnesota. He realizes that as a white male, he doesn’t have to deal with many of the same challenges that his minority patients do. “When I’m working with someone from another community, I ask them to tell me about what their life is like … what’s gratifying and what obstacles they face that I may not,” said Dr. Luber.

He is looking forward to working with communities that are new to him, such as Hmong, Somalian, and Native American. Dr. Luber will eventually put his experience to use by collaborating with University of Minnesota Duluth on their rural and Native American outreach programs.

Learning from the learners
Dr. Luber will also work extensively with the department’s learners. His experience in that area taught him to respect people’s expertise, no matter where they are in their careers. “In San Antonio, we saw a primary care patient for depression, and they just weren’t getting any better,” he said. “A medical student pointed out that the patient had recently had bypass surgery and was on an extended-release version of their antidepressant that couldn’t be readily absorbed. We switched the medication and the patient improved. That’s one of the joys of being in academic medicine.”

Dr. Luber and his wife, Katie, who is the Nivin and Duncan MacMillan Director and President of the Minneapolis Institute of Art, have been following each other around the country throughout their careers. “My wife and I have been trading off on places to live and work,” he said, laughing. “We have both found gratifying work in all these cities.”

The couple is enjoying what Minnesota has to offer. “We love to hike, kayak, go to the theater and art museums, and to travel,” he said. “This summer, we’re renting a cabin on the St. Croix River and look forward to exploring that area with our family.”