Photo by Brandon Day on Unsplash

Consider this. According to the American Cancer Society, about 200 to 300 children are diagnosed with retinoblastoma each year in the United States. Retinoblastoma is a rare type of eye cancer that usually occurs in early childhood, typically before the age of five. This form of cancer develops in the retina at the back of the eye and can run in families.

So why has a multi-specialty team at the University of Minnesota Masonic Children’s Hospital treated almost 20 babies with this rare condition? 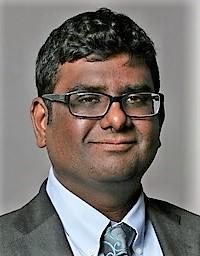 “About ten to twelve years ago, a group in New York started providing intraarterial chemotherapy for these patients,” explained interventional neuroradiologist Bharathi Jagadeesan, MD (pictured at left). “They would position tiny catheters near the opening of the ophthalmic artery feeding the child’s eye and inject chemotherapy directly into the affected eye. This enabled a higher concentration of the drug to be delivered to the eye while reducing systemic side effects from chemotherapy for these small children. In 2012, when I joined M Health, Dr. David Nascene, our pediatric neuroradiologist, and others helped me establish this treatment at Masonic Children’s hospital. Since then, our team has been successfully catheterizing sub-millimeter ophthalmic arteries in children as young as six months of age. We are the only center offering this treatment in the region.”

In the past, these children would typically have to go to New York or Los Angeles to get this treatment, resulting in significant disruption to them and their families. The fact that they can now get this treatment here explains why so many babies with this rare condition have been treated at Masonic Children’s Hospital.

Providing this treatment is truly multi-disciplinary. The babies are initially assessed by pediatric ophthalmologist, Jill Anderson, MD, who has been instrumental in encouraging this type of retinoblastoma treatment. Whether the patients should be treated using systemic or intraarterial chemotherapy and the type of chemotherapy used is then determined by Joseph Neglia, MD, MPH, pediatric hematologist/oncologist. 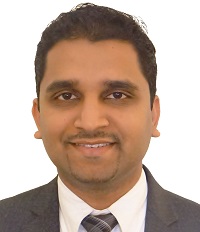 The initial diagnosis is often made by the babies’ families, who would notice that their eyes had a white reflection in photos, rather than red. “If they’re older, they might be bumping into things on whichever side is affected,” noted Quinn. “Other times, it’s just good pediatric care. The primary care physician would pick up the symptoms and refer them on.”

Quinn (pictured below) was lead author on a paper about 13 of these babies that was published in the March issue of Interventional Neuroradiology1. “We try hard to give these kids the best intraarterial treatment,” he said. “Many times, the baby’s anatomy isn’t fully developed, making it difficult to navigate their blood vessels. We’ve become good at determining alternate routes of chemotherapy delivery, so the patient still gets it, but not directly through the ophthalmic artery. That makes us stand out from other groups offering this kind of procedure.” 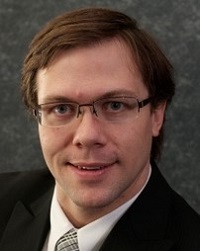 Following the treatment, the babies get another eye exam and MRI to assess how well they responded to the chemotherapy. “In many cases, they will need additional treatments, which are spaced one to two months apart,” noted Male. “Another limiting factor is that when babies get chemotherapy, their white blood cell count drops, making them more prone to infection. You have to give them a chance to rebuild that count before giving them another treatment.”

If the babies were given more traditional retinoblastoma treatment, the affected eye would be removed, and the patient would get a prosthesis. According to Quinn, the Masonic Children’s Hospital intraarterial chemotherapy team has been able to save these babies’ eyes about 80 percent of the time and to a lesser extent, even helped them regain some vision. Their results are higher than the national average for salvaging the eyes of these children.

Not everyone can perform this procedure. “Getting into the small blood vessel in the eye is the most challenging part,” explained Male. “It takes a lot of training to be able to do it.”

For more information about retinoblastoma treatment at the U of M Masonic Children’s Hospital or to refer a patient, call 612‑365‑8350.

1Effectiveness of alternative routes of intra-arterial chemotherapy administration for retinoblastoma: Potential for response and complications