“Methocinnamox: a new tool for treating opioid use disorder and overdose” 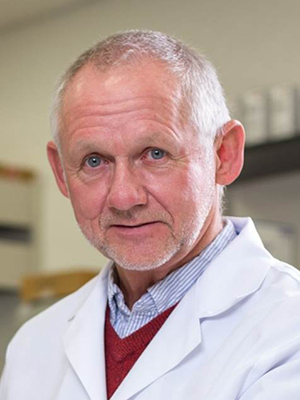 Charles P France is the Robert A Welch Distinguished University Chair in Chemistry and Professor in the Departments of Pharmacology and Psychiatry at the University of Texas Health Science Center at San Antonio. He did undergraduate studies at Northland College and the University of Minnesota, and received his MA and PhD from the University of Michigan. After a postdoctoral fellowship at Harvard Medical School, he held faculty appointments at the University of Michigan, LSU Health Science Center in New Orleans, and the University of Texas Health Science Center at San Antonio. He directs a National Institutes of Health (NIH)/National Institute on Drug Abuse (NIDA) T32 postdoctoral training program and is the Director of the Addiction Research, Treatment and Training Center of Excellence. Having continuous NIH funding for more than 32 years, he has published more than 270 original research reports, chapters, and reviews and trained more than 80 high school, undergraduate, and doctoral students in addition to 18 postdoctoral fellows. He holds several patents and his laboratory has developed novel procedures for evaluating abuse-related effects of drugs in nonhumans. His laboratory as collaborated with and conducted many abuse liability studies for pharmaceutical and biotech companies. He was elected Councilor then Secretary/Treasurer and is the current President of the American Society for Pharmacology and Experimental Therapeutics (ASPET). He was the recipient of both a K02 Research Career Award and a K05 Senior Scientist Award from NIDA. Professor France has been a member and chair of numerous NIH and VA study sections, he is a fellow in the American College of Neuropsychopharmacology and the American Psychological Association, and he is currently an Associate Editor for Pharmacological Reviews.