Subaru Shows They Care by Donating Blankets to Cancer Patients

Monday, June 24, kicked off the activities for Subaru Cares at the Masonic Cancer Clinic. Jillian Cicero lost her mom to leukemia in 2012, but she didn’t lose the bond that she formed with her mom’s doctor. Jillian’s mom was a patient at the Masonic Cancer Center, under the care of Erica Warlick, MD, University of Minnesota Physicians (M Physicians) Hematologist/Oncologist and Associate Professor of Medicine, Division of Hematology, Oncology and Transplantation at the University of Minnesota Medical School.

Jillian and Dr. Warlick grew close over the course of her mom’s treatment, especially during her final days of life, and they have remained friends ever since.

The two had a heartwarming reunion on Monday as they hand-delivered blankets and messages of hope, donated by Morrie’s Brooklyn Park Subaru and LLS, to patients at the Masonic Cancer Clinic. Eighty blankets were donated and given to patients to bring joy and warmth as they receive treatment.

Activities continued on Wednesday, June 26, at Masonic Children’s. Patients were told to look out their windows at which point they saw a surprise flash mob orchestrated by Walser Subaru and LLS. After the ‘mob,’ volunteers ran onto the lawn with signs that read “No one fights alone.” Madisen Behl, a 16 year old patient at Masonic Children’s, saw the scene from a fourth floor window.

Madisen has been receiving care at Masonic Children’s since she was diagnosed with essential thrombocythemia in 2012. Last year, she found out it had progressed to myelofibrosis, a chronic form of leukemia. It was decided that the only cure for Madisen was to get a bone marrow transplant (BMT). 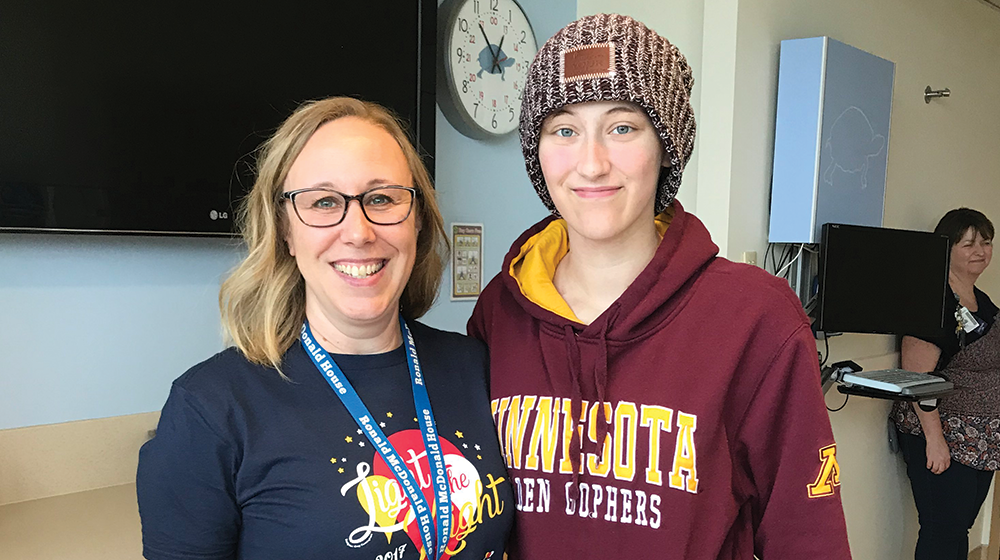 “After meeting with the BMT team at the U of M Masonic Children’s Hospital, we knew this was the team we wanted to take us through this journey,” said Melissa Behl, Madisen’s mother.

Madisen received her bone marrow transplant in May 2019. She has since been released from the hospital and doing great!

After the flash mob, Walser Subaru and LLS presented Madisen with a blanket and donated more to other patients in the BMT unit.

“We are very grateful to the U of M for the amazing care they provide as well as LLS and Walser Subaru for taking the time to bring some cheer and support to kids during this difficult journey,” said Melissa Behl.

Subaru Cares reminds people like Madisen and Jillian that they are not alone. Simple gestures can go a long way for patients and their families.