The Twin Cities of Minneapolis and St. Paul make up the country's 16th largest metropolitan area. National models of urban growth and vitality, they are frequently named among the country's "most livable" cities.

The University of Minnesota is located in the heart of Minneapolis, a thriving cosmopolitan city with an eclectic cultural life. The more "laid-back" St. Paul, just minutes away on the other side of the Mississippi River, is a center for state government and the arts and for neighborhoods with strong traditions and cultural identities.

City and community come together at the University of Minnesota. The urban Twin Cities campus is large and diverse—with 32,000 students and 12,000 faculty and staff of varied ethnic and geographical backgrounds. A world of educational and cultural opportunities is here—including world-class libraries and technology centers and more than 200 academic programs—including well-established programs in African American and African Studies, Asian Studies, and Chicano Studies; and one of the few existing American Indian Studies programs. 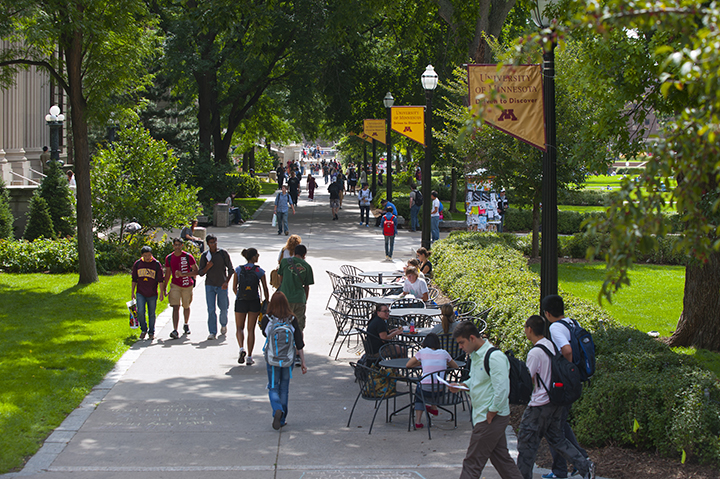 But community is key. The University campus is a lively, livable community in the heart of the city, complete with convenient campus buses, restaurants, a full-service credit union, a daily campus newspaper, recreation centers, outstanding bookstores, and even a global travel agency. Cultural centers (such as La Raza and the Africana Student Cultural Center) offer a place to relax, connect with other students, enjoy educational and social activities, and find campus and community mentors.

View of Minneapolis skyline from the Mississippi River.

Cultural diversity: Few areas of the country boast as many different racial and ethnic groups as do Minneapolis and St. Paul. Although predominantly Caucasian, the cities have a sizeable and growing African American community, the country's largest urban population of Native Americans, one of the largest regional Asian American centers (including the country's fastest-growing Hmong population), and a significant Chicano/Latino population.

The Twin Cities' nationally acclaimed cultural life is one of the area's biggest draws. 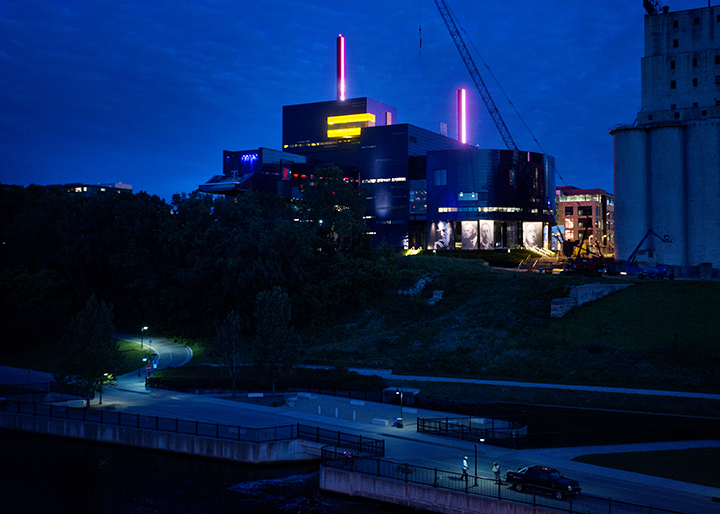 The Guthrie Theater—a Minneapolis staple since 1963.