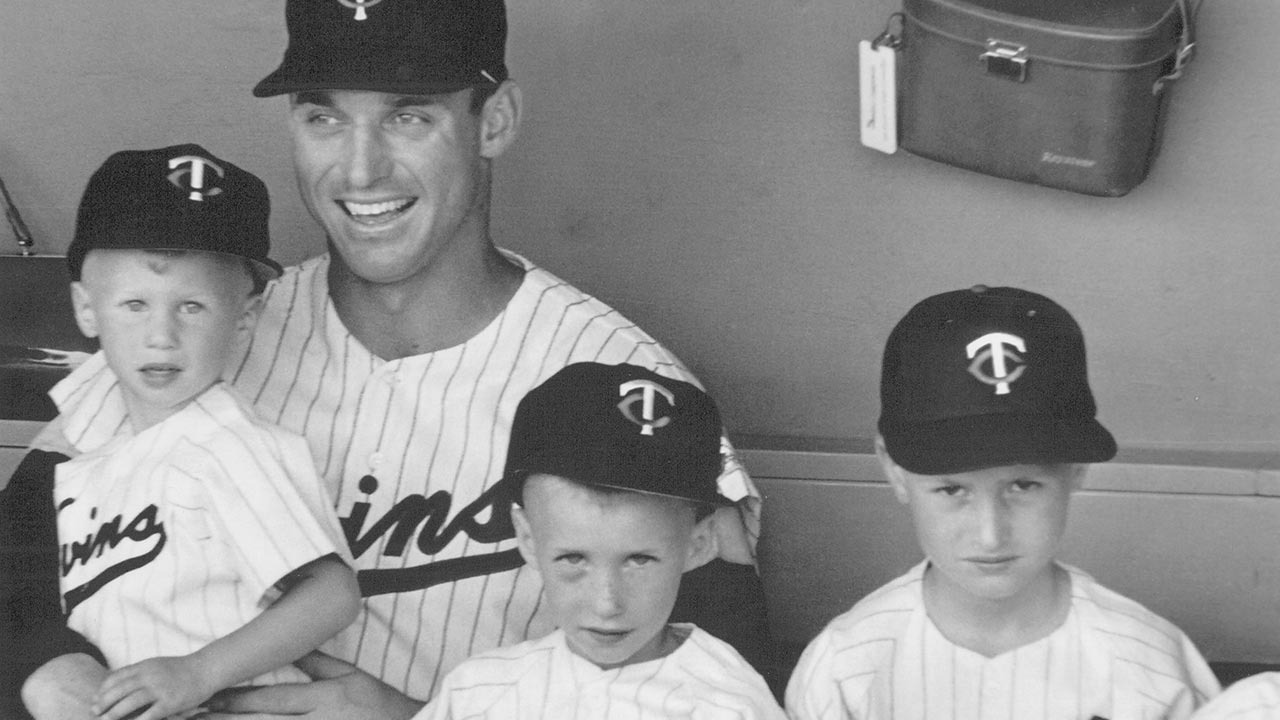 Bob Allison learned to play baseball in the cow pastures of a small town outside of Kansas City, Missouri. It was a football scholarship, however, that brought him to the University of Kansas, where he made his mark as a standout fullback, track star, and baseball player.

In 1958, Allison signed with the Washington Senators, and in 1959, his first full year with the team, he was named American League Rookie of the Year. Allison’s famous catch for the Minnesota Twins in Game 2 of the 1965 World Series wowed baseball fans around the country. At 6-foot-4, 220 pounds, he was known as the most feared, physical base runner in the American League.

Allison played 13 seasons with the Washington Senators and the Minnesota Twins. He slugged 256 home runs, made three All-Star appearances, and was recently voted the greatest left fielder in the first 40 years of the Twins. He retired from baseball at the end of the 1970 season, leaving behind some great baseball memories.

Thirteen years later, Allison began noticing problems with his coordination during a 1987 old-timers game. The skills that once thrilled millions of fans were gone. Running was difficult. Even catching the ball was no longer a simple act.

Family and friends started to notice the stagger in his walk. His speech was often slurred. Following two years of doctor visits to learn what was wrong, the diagnosis was finally made—Allison was suffering from a progressive sporadic ataxia known as Olivo-Ponto cerebellar atrophy (OPCA).

Allison continued to battle this rare degenerative neurological disease for eight years, eventually losing his ability to walk, talk, write, and feed himself. He died of complications from ataxia in April of 1995 at the age of 60.

Give online or a send check with “Bob Allison Ataxia Research Center Fund” in the memo to:

To make an appointment or for medical information, please visit the University of Minnesota Ataxia Center or call 612-626-6688.