Go to the U of M home page

In response to the COVID-19 pandemic, the University Imaging Centers are continuing to provide status updates, and have implemented mandatory cleaning and safety protocols for all users using UIC resources. Please visit our sunrise safety protocols page to learn more →

The MIBIscope System is a revolutionary imaging platform, enabling comprehensive phenotypic profiling and spatial analysis of the tissue microenvironment. The MIBIscope allows researchers to visualize over 40 markers simultaneously with higher sensitivity, resolution, and throughput than existing methods. 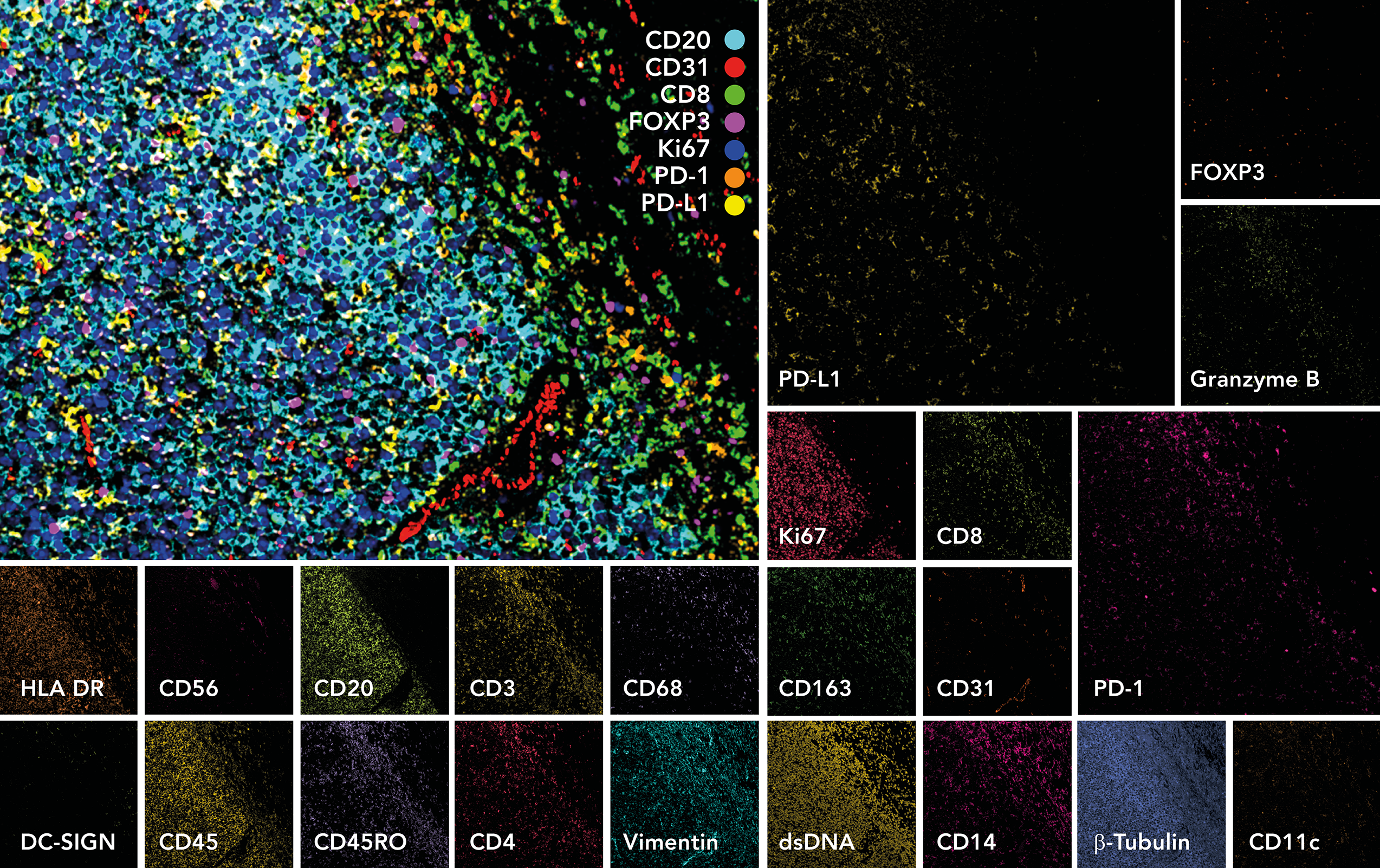 MIBI Technology is based on secondary ion mass spectrometry or SIMS. With SIMS, a primary ion beam is rastered across the surface of a sample, liberating reporter ions that are then simultaneously recorded on a pixel-by-pixel basis by Time-of-Flight detection. An ion beam, unlike a laser, enables resolution to be tuned over a broad range—in the case of the MIBIScope, from a few hundred nanometers to 1 micron. Once liberated, the reporter ions, or “secondary ions,” travel uninterrupted at super sonic speed from the sample to the detector, leading to fast acquisition and extraordinary sensitivity.

Description: Protocol for labeling antibodies with MIBItags. Optimized for conjugation of 100 μg of antibody with one tube of metal-loaded MIBItag.

MIBItracker cloud-based repository lets you easily review slide and image data, and it’s easily accessible through a web browser. Users can customize the display for each image or image set including selecting channels for overlay, setting channel relative intensity, pixel smoothing, and channel pseudo-color. Images can also be exported as raw grayscale multi-layer TIFF files for subsequent analysis in third-party packages such as Fiji, HALO®, VisioPharm® and QuPath.

Send us a message!

Multiplexed Ion Beam Imaging - Applications in Immuno-oncology Neuroscience, and Beyond