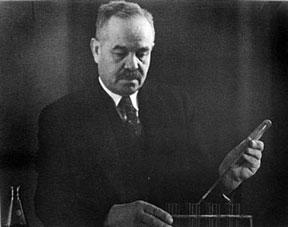 Larson brought Assistant Professor Arthur T. Henrici (1889-1943) with him from the previous department. Henrici was a Renaissance man who, in addition to his contributions to microbiology, won prizes in photography, national rifle competition, steel etching, and was an accomplished flutist and artist—one of his watercolors is displayed in the department. He was called "America's Bacteriologist" by René Dubos for work that spanned medical microbiology; yeasts, fungi and actinomycetes; biofilms; and freshwater microbial ecology. Henrici was also an outstanding teacher; his textbook Biology of Bacteria went through three editions. He served as president of the Society of American Bacteriologists [SAB; now the American Society for Microbiology (ASM)] in 1939. The Henrici Society for Microbiologists was organized by his former students at the 1949 Annual Meeting of the SAB. The Henrici Society perpetuates Henrici’s memory and the camaraderie generated at the 1949 meeting by holding informal dinners followed by a lecture on microbiological topics of interest to academia and industry. 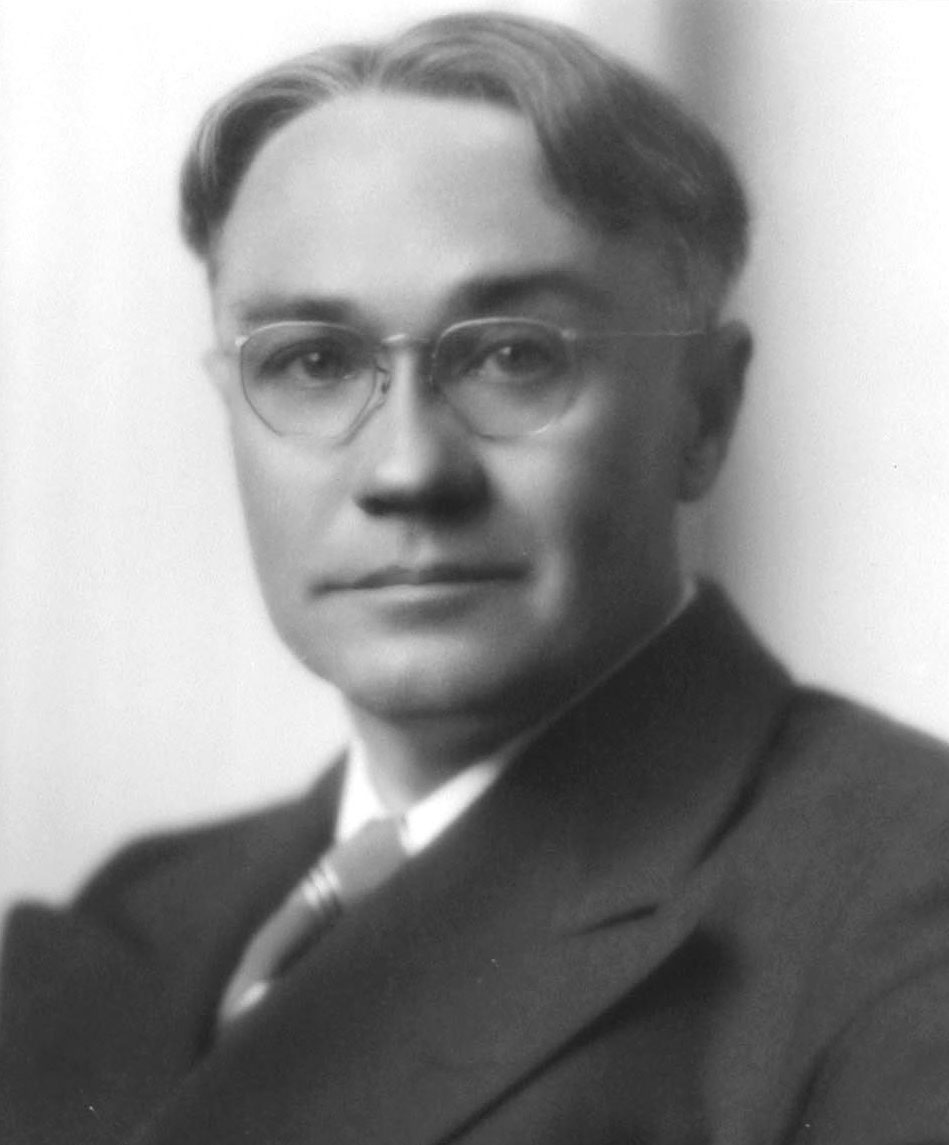 Larson led the department until his death on January 1, 1947. Robert G. Green (1895-1947) was appointed to head the department in March but died six months later, thus serving as head for the shortest time in the department’s history. In his tribute, Nobel Laureate Peyton Rous said of Green, “Green was a shy warm-hearted man whom science emboldened. Patient in act, he was restless in thought, as becomes the discoverer. Jenner and John Hunter would have liked him well.” (Science 1949;109:93) 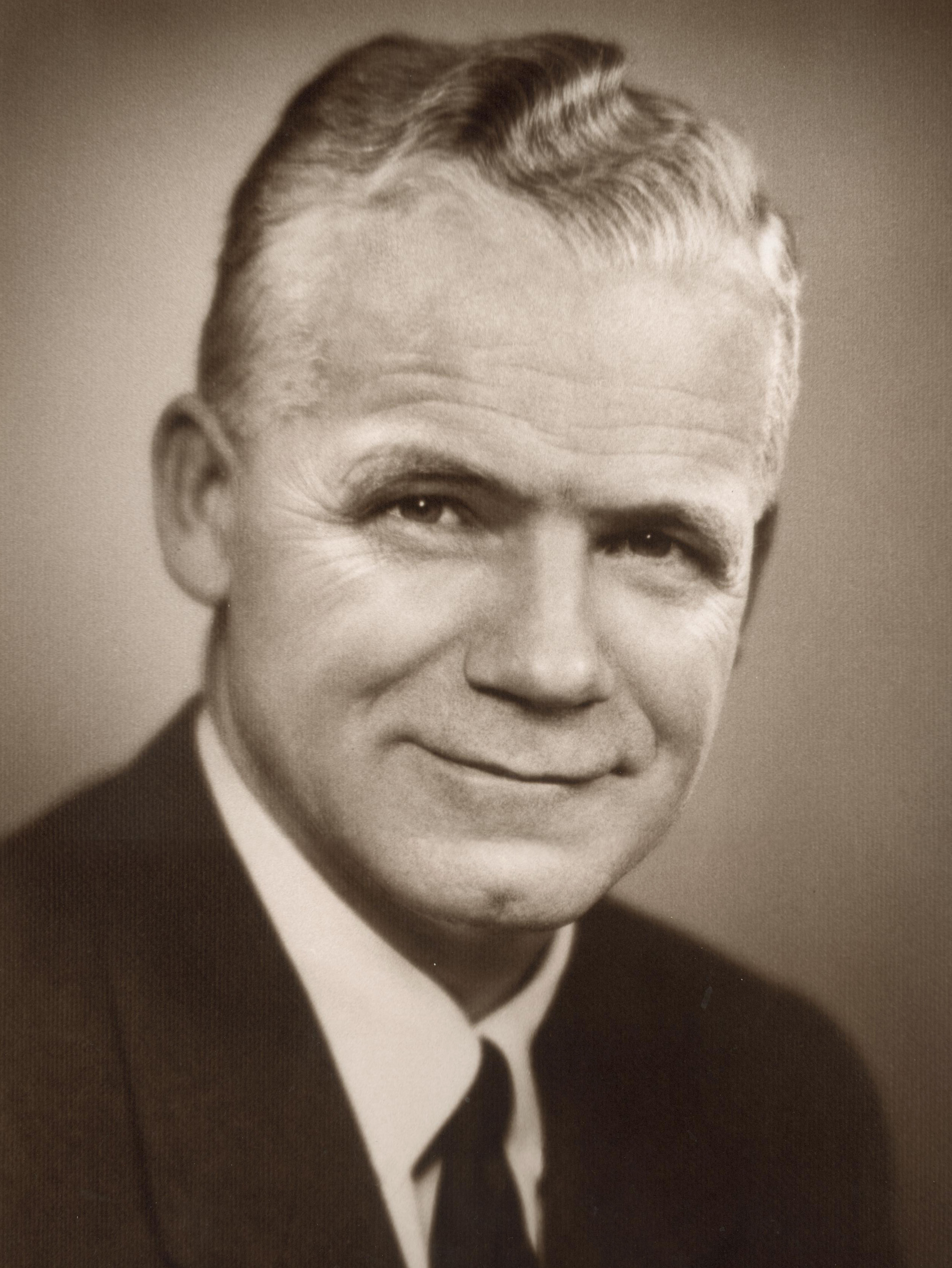 Jerome T. Syverton (1907-1961) was recruited from Louisiana State University in 1948 to fill Green’s position as head. At the U of M, Syverton continued his research on cell culture systems to study interactions between viruses and cells relevant to both cancer and poliomyelitis. Syverton’s tenure was remarkable for expansion of the department across microbiology’s major subdisciplines; and for the exceptional faculty he recruited, six of whom later become heads of microbiology departments—Herman Lichstein (University of Cincinnati), William Scherer (Cornell University Medical School), Lee C. McLaren (University of New Mexico), John Holland (University of California, Irvine), S. Gaylen Bradley (Medical College of Virginia), and Dennis Watson (University of Minnesota). Other notable hires were Gerhard K. Brand and Edwin Schmidt (with the Division of Soils). 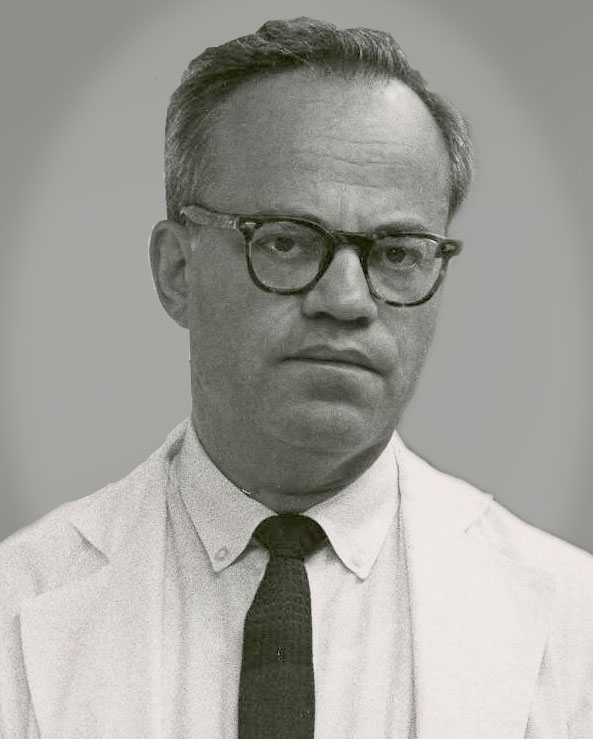 Syverton died in January 1961 and was succeeded by John Spizizen (1917-2010) who had worked with Max Delbrück, a founder of molecular biology and Nobel Prize winner. In conjunction with Spizizen’s appointment, the department was renamed the Department of Microbiology, recognizing faculty research on viruses and fungi as well as bacteria. Spizizen was well known for his work on DNA transformation of B. subtilis. He left the U of M in 1964 to found the Division of Microbiology at the Scripps Clinic and Research Foundation and, in 1979, became the head of the Department of Microbiology at the University of Arizona Medical School. During Spizizen’s 3 years at Minnesota, the department faculty grew to more than 20 through new hires and joint appointments with other departments, broadly representative of the many specialized fields in microbiology. Notable among these were Martin Dworkin, Palmer Rogers, Russell C. Johnson, Dwight Anderson (School of Dentistry), Robert Bernlohr (Biochemistry), and Robert A. Good (Pediatrics). 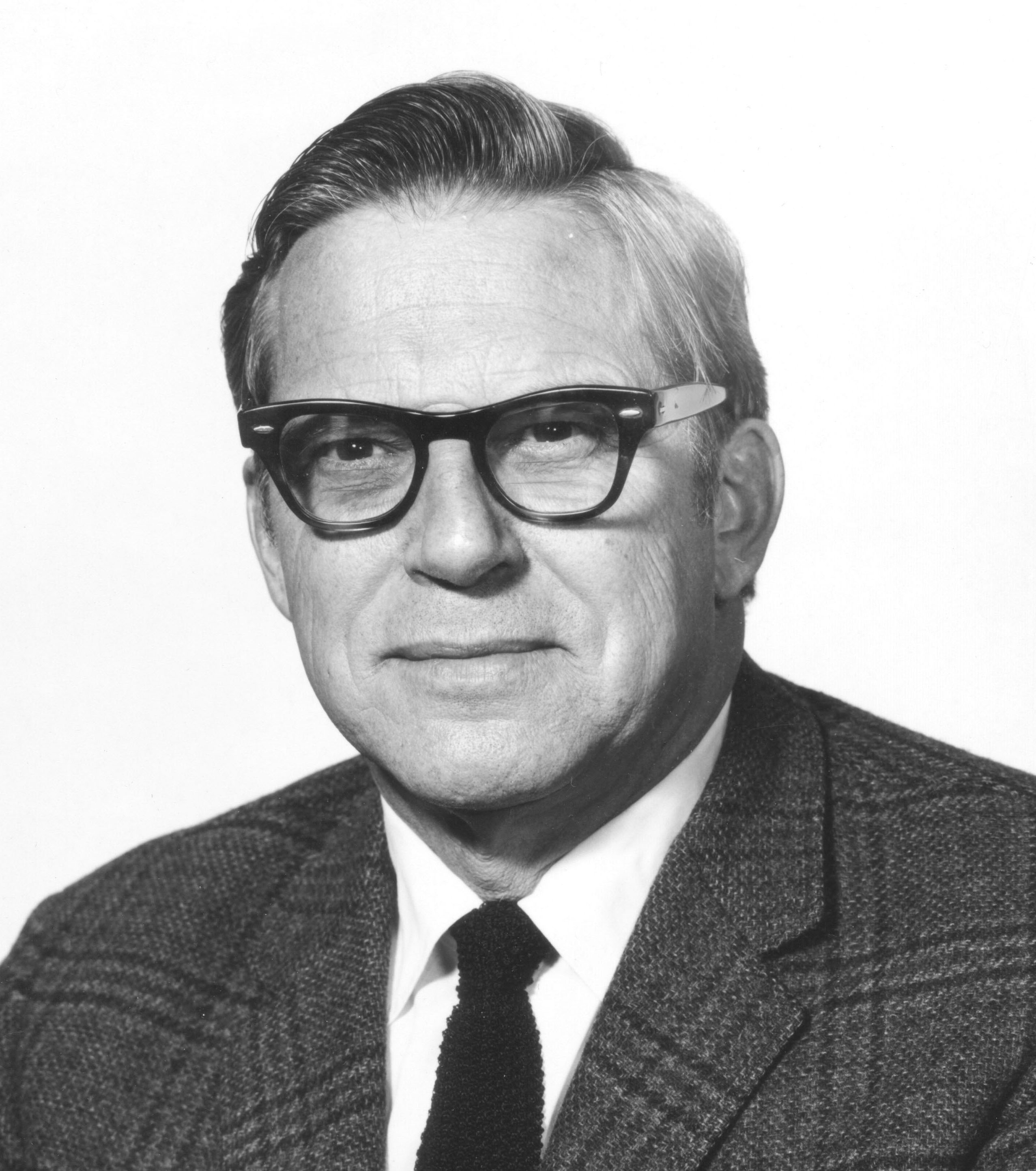 Dennis Watson (1914-2008) succeeded Spizizen and headed the department from 1964 until his retirement in 1984. Watson also served as President of the American Society for Microbiology in 1969 and was named a Regents’ Professor, the highest honor the U of M bestows on its faculty, in 1980. His important research contributions spanned microbiology and immunology, including studies with S. Gaylen Bradley on antibody formation to actinophages; purification, characterization, and genetic control of the original streptococcal pyrogenic exotoxins (scarlet fever toxins) serotypes A, B, and C, and demonstration of their T cell proliferative activities 15 years before the toxins were renamed superantigens. 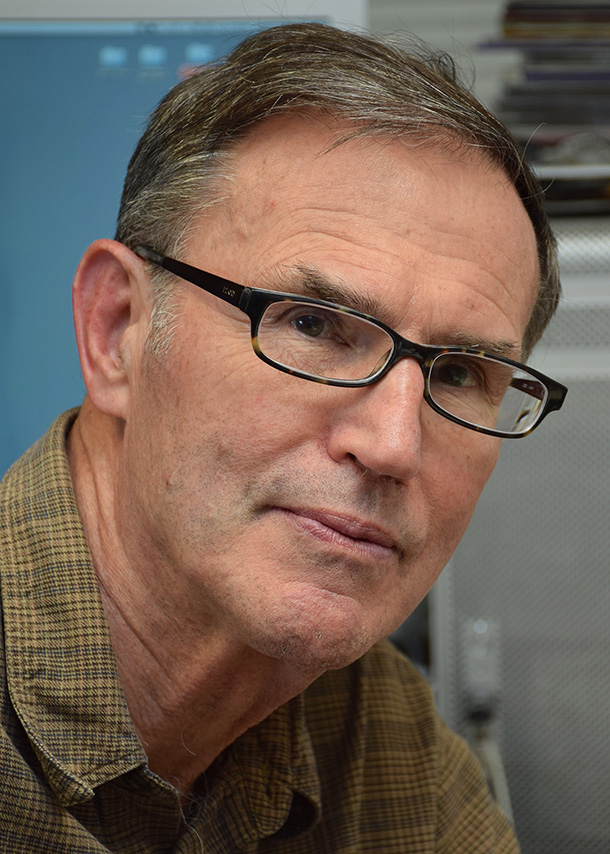 Ashley Haase was recruited from UCSF to become head of the department in 1984. Haase’s research largely focuses on slow infections, particularly slow infections caused by lentiviruses, so named because of the slow onset and progression of symptoms from initial exposure to the prototypic lentivirus, visna virus, to the newest members, HIV and SIV. Haase was named a Regents’ Professor in 1999. All of the current department faculty were recruited during his time as head and now include a third generation of Regents’ Professors, Marc Jenkins, who also directs the Center for Immunology.  In 1995 Jenkins was also the first Director of Graduate Studies of what is now the PhD program in Microbiology, Immunology, and Cancer Biology when the Microbiology and Pathobiology (Laboratory Medicine and Pathology) graduate programs were merged.

The department was renamed the Department of Microbiology and Immunology in 2015 and late that same year moved from the Mayo Memorial Building the Microbiology Research Facility (MRF), a multidisciplinary center for laboratory research in microbiology, immunology and infectious diseases that is the newest addition to the Biomedical Discovery District. MRF houses faculty and investigators from the department along with investigators from the Department of Medicine and other academic units relevant to the missions of the department and the Infectious Diseases Corridor of Discovery—preventing and better treating infectious and immunological diseases.