2 minutes
Kirsten Nielsen, PhD, Professor in the Department of Microbiology and Immunology at the University of Minnesota Medical School, has been elected to the American Academy of Microbiology.
The American Academy of Microbiology announced on February 16, 2021, the election of 65 new Fellows in recognition of their excellence, originality, service and leadership in the microbial sciences. Fellows in the Academy represent all subspecialties of the microbial sciences and are involved in basic and applied research, teaching, public health, industry, or government service. Fellows elected in 2021 represent 11 different countries, including Australia, Canada, China (Mainland), France, Ireland, Sweden, Slovenia, Mexico, Singapore, the U.K. and the U.S.
Fellows of the American Academy of Microbiology, an honorific leadership group within the ASM, are elected annually through a highly selective, peer-review process, based on their records of scientific achievement and original contributions that have advanced microbiology. Kirsten Nielsen was recognized for her paradigm shifting studies on the fungal pathogen Cryptococcus neoformans that fundamentally changed the field’s understanding of host pathogen interactions. Her identification of the novel titan cell that has a multi-faceted effect, changing the host immune response and promoting rapid fungal evolution in the host, has broad reaching implications in host-pathogen interactions and how cells respond to stress. In addition, her ability to combine clinical, animal model, and genomic data has allowed her to perform translational studies that identified novel pathogen genes associated with human mortality that can be explored as possible new antifungal drug targets.
About ASM
The American Society for Microbiology is one of the largest professional societies dedicated to the life sciences and is composed of 30,000 scientists and health practitioners. ASM's mission is to promote and advance the microbial sciences. The American Academy of Microbiology, the honorific leadership group within the American Society for Microbiology, was established in 1956 and contains over 2,500 Fellows from around the globe and representing all subspecialties of the microbial sciences. Academy Fellows are eminent leaders in the field of microbiology and are relied upon for authoritative advice and insight on critical issues in microbiology.
Other members of the Department of Microbiology and Immunology in the Medical School elected to the American Academy of Microbiology include Regents Professor Ashley Haase, Emeritus Professor P. Patrick Cleary, Professor Gary Dunny, and Professor and Associate Dean for University Curriculum Leslie Schiff, PhD. In total, 16 current or emeritus faculty from the University of Minnesota have been elected Fellows of the Academy.
See the University of Minnesota Med School's story regarding Kirsten's achievement here.
Share this 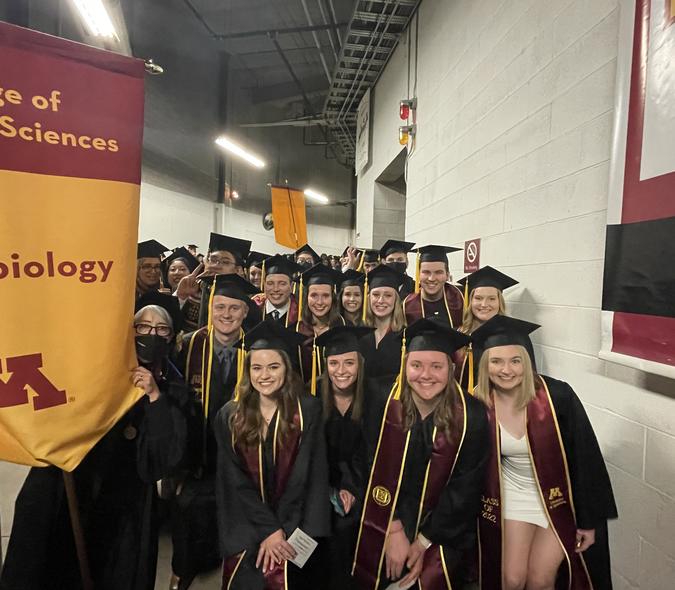