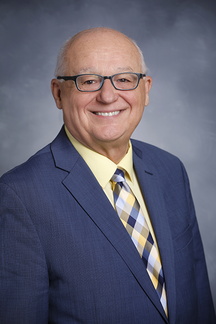 In 2007, the nation's first endowed Chair in Sexual Health was established at the Institute in Sexual and Gender Health (ISGH; formerly the Program in Human Sexuality) at the University of Minnesota Medical School. The Chair is recognition of the longstanding role that the Institute has maintained as a leader and innovator in the academic world of sexual science, in sexual health education, and in the treatment of sexual problems.

The permanent endowment ensures that the advancement of sexual health and support for the Institute will remain a priority at the University of Minnesota in perpetuity. To adequately support and grow the infrastructure of the Institute, we continue to build this endowment as a foundation towards a goal of $10 million.

Endowed chairs constitute one of the most time-honored and treasured means of paying tribute to the contributions of prominent faculty and researchers. The purpose of the Chair in Sexual Health is to help attract and retain an outstanding director by providing a permanent source of support for expenses related to the infrastructure of the Institute.

Income from the fund is used to provide the resources necessary to ensure the program’s stability and continued status as a national and international leader in research, teaching and training, clinical services, and public policy initiatives.

Eli Coleman, Ph.D., was appointed the first Chair in Sexual Health. Coleman has focused his work on strengthening the faculty and infrastructure of the program allowing it to fulfill its mission.

In addition, Coleman has worked on global sexual health issues by focusing on advancing sexual public policy based upon scientific evidence, promoting sexual rights, eliminating stigma among sexual minorities, and fostering comprehensive sexuality education and prevention. He is the author of numerous articles and books on compulsive sexual behavior, sexual offenders, sexual orientation, gender dysphoria, chemical dependency and family intimacy and on the psychological and pharmacological treatment of a variety of sexual dysfunctions and disorders. In April 2007, he was awarded the Gold Medal for his lifetime contributions to the field of sexual health by the World Association for Sexual Health.