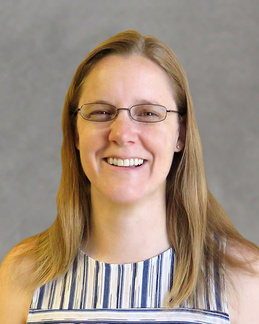 Dr. Schwertfeger is a member of the Division of Molecular Pathology and Genomics.  Her main research effort is focused on the breast cancer microenvironment and how breast cancers cells interact with cells in the stroma, particularly with immune cells. The cell of particular interest to her group is the macrophage, a specialized innate immune system cell. Macrophages circulate as monocytes in the blood and are recruited to different tissue sites as part of an immune response. Macrophages have long been known to be associated with tumors, initially it was thought to attack tumors. More recently scientists have found that macrophage populations at a tumor site is reflective of tumor size and aggressiveness, suggesting the possibility that macrophages may serve to promote tumor growth rather than attacking tumors. It is now understood that macrophages are recruited by tumors through signaling mechanisms and commandeered to assist in tumor expansion and metastasis.

Schwertfeger and her colleagues are interested in the mechanisms that drive macrophage-tumor cell interactions and the internal signaling in macrophages that causes them to respond the way they do in the tumor microenvironment. If signaling mechanisms can be identified, they could be targets for therapeutic intervention. Macrophages, literally “big eaters,” are large cells that normally engulf and digest cellular debris and foreign material and could potentially be turned against the tumor. Researchers have tended to focuses on the soluble growth factors macrophages produce as part of their normal functions rather than signaling pathways that could reveal how and why they produce these factors. Schwertfeger’s team is currently exploring three macrophage signaling molecules involved in normal macrophage functioning and that of other cell types. They include two transcriptions factors, STAT3 and STAT5, and the cell-surface enzyme ADAM17, which is involved in a spectrum of regulatory activities that includes cleaving of cell-surface-bound growth factors, freeing them to carrying out their cellular functions. Schwertfeger and her colleagues have found that activation of the fibroblast growth factor receptor (FGFR)-STAT3 pathway induces accumulation of the extracellular matrix carbohydrate hyaluronan, which promotes tumor proliferation and migration. Although drugs targeting STAT transcription factors or ADAM17 enzymes are plausible, how inhibiting these pathways would affect immune system function in healthy and tumor tissue is unknown and is a related research interest of Schwertfeger’s laboratory.