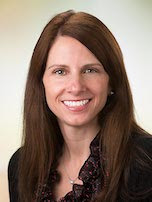 Why did you decide to pursue your pathology residency and fellowship training in Lab Med and Path at the U of M?
I initially matched in internal medicine/pediatrics at the University of Minnesota. I realized early on in my intern year that I wanted to follow my patients' specimens to pathology, and when I was in special heme or the pathology lab, I felt happier! I talked with Dr. Patrick Ward, pathologist at University of Minnesota Medical School, Duluth campus, where I did my first two years, and he connected me with the pathology program director in Minneapolis. We talked, and I felt confident that pathology was where I was meant to be, so I switched to the Minneapolis campus at the end of my intern year.

Were there people, places and /or experiences that stood out during your training here?
During my time as a resident, the University merged with Fairview, and Hennepin County Medical Center (HCMC) pathology residency merged with the University residency. I ended up being one of the first University residents who rotated in surgical pathology at Fairview Riverside and at HCMC. Residents already rotated to the VA and Abbott Northwestern, as well as rotations at the University. This created an incredibly diverse experience with different practice models, different specimen types, and different patient populations. I had fantastic teachers at all sites. Some who come to mind as being special for me include Drs. Carlos Manivel and Jose Jessurun at the University, Drs. Charles Horowitz, Tamera Lillemoe, and Ken Batts at Abbott, Dr. Gloria Niehans at the VA, Drs. Michael Stanley and Brad Linzie at HCMC, and Drs. Vanessa Dayton and Phuong Nguyen in special heme at the University. Clinical pathology also had great teachers, including Dr. Ron McGlennen in the molecular lab. I enjoyed the diversity in our resident population too. We had incredibly smart people from all over the world in our program.

How well did your training here prepare you for your career?
My residency and surgical pathology fellowship fully prepared me for AP/CP community practice, from the zebras to the mundane! I love pathology because I am never bored and am constantly challenged to keep learning and improving. Pathology has definitely been the right fit for me. 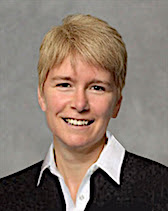 Kristin Hogquist named LMP Vice Chair for Research
LMP professor Kris Hogquist was named Laboratory Medicine and Pathology Vice Chair for Research last fall. In her new role, she will serve as chair of the Research Advisory Committee (RAC), provide an avenue for peer review of grant applications, identify strategic initiatives to expand on the department’s existing research accomplishments and help support the chair’s research vision for the department.

Hogquist holds the David M. Brown Endowed Professorship and is Associate Director of the Center for Immunology. In 2015, she was inducted into the AHC Academies for Excellence in Health Research. Her citation reads: "Kristin Hogquist is widely recognized by the international scientific community for her many important contributions in the field of immunology. Her work helped to put the University of Minnesota on the map as a major international center for immunology research.”

Hogquist was honored with the Dean's Distinguished Research Lectureship (DDRL)in 2016. Her lecture was entitled "Why do we need a thymus?" She described her research on the thymus, what the ancient Greek physician Galen called the "organ of mystery," and how the thymus selects and "educates" T lymphocyctes in their early development. She received the American Association of Immunologists (AAI) Distinguished Service Award in 2014 for her outstanding service to the immunology community as Chair of the AAI Program Committee, 2009–2012.

Kirby writes: "Although he has spent most of his career cracking the mysteries of spinocerebellar ataxias, Harry T. Orr, a Professor in the Department of Laboratory Medicine and Pathology and Director of the Institute for Translational Neuroscience at the University of Minnesota (Minneapolis, MN, USA), never envisioned this path for himself. 'I thought I would follow my father into engineering', Orr tells The Lancet Neurology. 'However, after choosing biology as an extra science at school, I found it fascinating.'”

ACBTSA is a 31-member federal advisory committee that provides advice to the Secretary of Health and Human Services through the Assistant Secretary for Health on a range of policy issues related to blood, blood products and tissues. 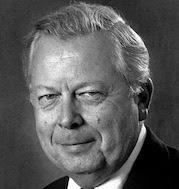 U of M pathologist Donald Gleason was featured in the Medical School's 130th Anniversary Book published late last year. His entry is as follows: University Professor of Pathology Donald F. Gleason, while chief of pathology at the Minneapolis VA hospital during the 1960s, developed what has become known as the Gleason grading system used to help evaluate the stage and prognosis of men with prostate cancer using samples from a prostate biopsy. The “Gleason score” is a key component of a strategy of prostate cancer staging which predicts prognosis and helps guide therapy. It has been used for literally millions of men over the years.