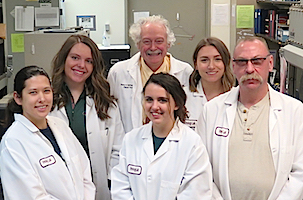 Virologist Henry Balfour, professor of Laboratory Medicine and Pathology, has been working to develop a prophylactic vaccine for Epstein-Barr virus (EBV) for more than a decade. EBV can cause infectious mononucleosis, which is prevalent among college students, and also is associated with higher risk of developing multiple sclerosis and some types of lymphoma. A successful EBV vaccine could potentially prevent EBV-caused diseases or lessen the severity of symptoms.

"We began to investigate the natural history of EBV infection in undergraduate University of Minnesota students in 2002, and we’ve continued those studies ever since," Balfour said. "Around 2007, when we actually saw the amount of morbidity that was associated with infectious mononucleosis in these students, we became very interested in developing a preventative vaccine."

According to the Centers for Disease Control and Prevention, EBV, a member of the herpes virus family, is one of the most common human viruses. EBV infects most people at some point in their lives, primarily through the exchange of saliva. By one estimate, nearly 300,000 college freshmen develop mononucleosis each year. Balfour estimates the cost burden of mono for a college student in terms of treatment and lost school days is $5,000 a case. Given its prevalence and costs, in 2015 Balfour launched The Mono Project to increase public awareness of EBV and raise the prospect of an effective vaccine to prevent EBV infection. The initiative has paid off. Balfour’s research project, which is dedicated to learning how EBV causes disease and developing a vaccine against it, has been the subject of national as well as local news media coverage. 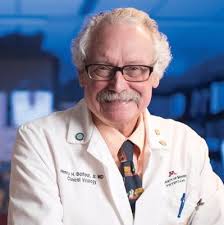 Balfour hopes to begin enrolling incoming University freshmen in his vaccine trials in the fall of 2019 if current studies confirm the molecule’s immunological and structural characteristics. "We have to show that it’s immunologically active, which we will do in mice and maybe one other animal species, and we have to show that it’s conformationally correct," he said. Purification of the candidate EBV vaccine, a critical step to get FDA approval to proceed, will be done by a local company. Safety will be a major focus of the first planned clinical trial.

The main impetus for the EBV vaccine is to either prevent or lessen the severity of infectious mononucleosis, but it could also potentially prevent or lessen the severity of some lymphoid cancers and also multiple sclerosis, he said. That would garner the interest of hematologists, oncologists, and neurologists if the vaccine is approved for clinical use.

If you have questions about The Mono Project or would like to learn more about it, feel free to contact Dr. Balfour.